Plasma Rich in
Nutrients for Growth

A look inside the facility portfolio of CSL Behring

Since the CSL Behring merger in 2004, the company has invested more than $95 million at this 60-year-old site in Kankakee, Ill. The most recent investment was production of a vaccine adjuvant and a fill-and-finish facility for flu vaccine
photo courtesy of CSL Behring
by ADAM BRUNS
C 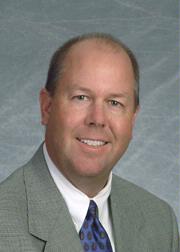 SL Behring, the Pennsylvania-based subsidiary of Australian biopharma company CSL Limited, is growing its capabilities on a global scale, building up capacity and expertise just as its plasma protein products help those with rare and serious diseases build up strength. You may not have seen headlines about its projects, but its multi-polar growth across a global family of sites is just the kind of gradual, steady business development any economic developer craves.

"Biotherapies are also used in critical care settings to treat shock, sepsis and severe burns, during cardiac surgery and for wound healing," says the company fact sheet. "In addition, biotherapies are used to prevent hemolytic disease in the newborn resulting from Rh factor incompatibilities."

CSL Behring employs more than 9,000 people in 19 countries. The company operates manufacturing facilities in Marburg, Hessen, Germany; Bern, Switzerland; and Kankakee, Ill. Each has its own R&D operation, part of a network of seven R&D facilities overall. And the company is planning to sustain its R&D investment levels, according to its first-ever corporate responsibility report, published recently: "Investment in R&D is an important avenue to future growth for CSL," it reads. "We have increased our investments significantly over recent years. In 2008/09 we invested A$312 million [US$288 million] in our R&D programs and in 2009/10 we plan to invest approximately A$320 – $340 million [US$295 million to $314 million].

Since CSL acquired Behring six years ago, a sequence of investment and site selection decisions have been made, including the placement of CSL Behring headquarters in King of Prussia, Pa., and its plasma collection division's headquarters in Boca Raton, Fla.

Kelly Fox, senior manager, corporate communications for CSL Behring, says the company since that time has invested more than $95 million to expand its Kankakee facilities, including space for production of a vaccine adjuvant and a fill-and-finish facility for flu vaccine ($14 million). The former Aventis Behring site is more than 60 years old, with its main products used for treating genetic emphysema, as well as for liver and lung therapy.

Just last year, CSL Behring purchased a building adjacent to one of its labs in Knoxville, Tenn., to expand its plasma testing capability, a task completed in February 2009.

"That facility is able to handle testing we weren't able to do in the past, and is organized in such a way that it's very ergonomic and efficient, and lets  us do a lot more testing than we were able to do," explains Fox.

"It's not fully robotic, but we did try to automate as much as we could," adds Greg Boss, general counsel for the company. "We had operated with a very old lab in Miami, as well as our location in Tennessee, and we basically combined the two into a new state-of-the-art facility."

Both Sides of the Pond

In Bern, the company has roots that go back to 1949, when a predecessor firm, the Zentrallaboratorium Blutspendedienst (ZLB), was established there as a department of the Swiss Red Cross and held its first blood donation sessions. Two years later it was mandated by the Swiss government to supply blood products, and a few years later it had produced the first pasteurized plasma protein solution.

Fox says the Bern operations had to get creative in order to grow the business where there was no physical space to grow it, adding new labs for immunoglobin work and winning a Swiss award for innovation in the process (not an everyday accomplishment in the land of precision).

Of all CSL's manufacturing facilities, Bern uses the lowest amount of energy per equivalent unit of plasma production and has the smallest carbon footprint," said the company's corporate responsibility report. The innovations behind that efficiency also point to the company's intrinsic sense of community:

"Bern pipes a hot water insulated supply loop to a local school to provide recycled heat and supplies excess heat to the national soccer stadium next door via an underground heating register."

"Some of the site's ethanol waste is used as a carbon source for the Town's bus fleet while the incineration of non-recyclable waste produces electric power and energy for district heating."

In the life sciences capital of Marburg, the company's roots go back all the way to the awarding of the first Nobel Prize in Physiology and Medicine to Dr. Emil von Behring in 1904, for his work on serum therapies. Three years later he created Behringwerke, to produce sera and vaccines to combat infectious diseases. And in 1946 that complex was the first place in Europe to fractionate plasma proteins from human plasma on an industrial scale.

The company continues to invest on that site and another cluster of nearby buildings, where most recently it invested $40.7 million in a freeze-drying facility for coagulation and inhibitor therapies. Amazingly for such a cleanroom environment, the company was able to add the new 60,000 sq. ft. (5,574 sq. m.) in two new stories on top of an existing building that kept running during the entire construction project, which just wrapped up in June 2009. CSL Behring is the largest employer in Marburg.

Two years ago, the company received incentives from Pennsylvania to expand its headquarters in King of Prussia. Greg Boss says that at the time of the 2004 merger, "we weren't sure what the ultimate business size and footprint would look like. There is no manufacturing here, but we have major corporate functions. As we integrated the two businesses, we began seeing an opportunity to grow the business consistently. It got to the point where we had to make a decision on a headquarters location. We undertook a traditional approach to site selection, and pursued other locations relevant to our business — New Jersey, the D.C. area, and other sites here in Pennsylvania.

"Ultimately it came own to an economics and efficiency analysis," he says, "in terms of what we would be able to achieve in site design, rent costs, landlord incentives and State of Pennsylvania incentives."

The process was heavily driven by financial considerations, but also human resources considerations, in terms of both the existing work force and the company's ability to attract new personnel going forward.

"The Philadelphia corridor is a great talent pool," Boss says, citing the area's big pharma heritage, as well as a rich pool of smaller businesses. "We think the Philadelphia area is a good place to draw from, and the city has a good professional base as well.

"We ultimately stayed where we were, but expanded into more space," says Boss, as well as refurbishing the facility the company already occupied.

The company exceeded the job creation and investment milestones of the Opportunity Grant it received from the Commonwealth of Pennsylvania in 2007. Since then, it's expanded twice, most recently in late 2009, each time occupying an additional floor at the complex. Today some 300 employees work there, as well as contract employees and consultants.

"Two factors drove this expansion," says Fox. "First, we have grown our company in recent years, substantially increasing our production of life-saving and life-enhancing therapies. Second, we expect to continue growing our company in the years ahead."

The integrated company is a case of longtime innovation and integrated hemispheres, as CSL Limited traces its roots to 1916, when it was formed in Melbourne to produce vaccines for the Australian population. The merger process took about two years, says Boss.

"The two businesses were very similar," says Boss, as integrated plasma manufacturing and sales organizations. "At the time of the merger, we had a combined five manufacturing sites, and we reduced those to four," with an Aventis Behring site in Vienna tabbed to close. "We consolidated operations, and assigned centers of excellence — each site had a certain focus that was taking advantage of the manufacturing capabilities on that specific site. We also had two lab facilities we've now converted into one. We had a whole bunch of plasma collection centers. We have combined the two fleets into 65 in the U.S., and eight in Germany."

Asked if further integration has been considered, he says, "Not really. We're an Australia-based company, so we'll always have a headquarters in Australia. It forms the core for the entire business. Since 90 percent of the business is in the northern hemisphere, we need a northern hemisphere location to run most of the business. We're structured such that we have manufacturing sites in three countries, and there had been some talk about locating headquarters on a manufacturing site, but we made the decision to keep this separate a couple of years ago."

At that same time, company leaders looked at possibly consolidating the Boca Raton headquarters in King of Prussia, he says, but based on personnel issues, efficiencies and the cost to move the business, the decision was made to leave it as a stand-alone headquarters in Florida.

"The plasma collection business does run separately" by nature, he points out, and has its own corporate real estate/facilities function (two people) with backup support from Equis. "It's almost a mini franchise," he says. "You could argue for a larger department. We've been fortunate we can run it efficiently without corporatizing it, so to speak. In terms of leases and development, we do use outside legal counsel for part of the transactions, and as necessary we pull together internal resources to make choices."

In fact, the company's plasma division is now looking at growing the size of its current fleet of centers. Boss says a new center scheduled to open in the next couple months will be a larger-scale "center of the future" designed to generate more plasma  collection using the same number of staff and improved technology implementation.

"What we're looking to collect is the plasma itself," says Fox, describing the process of using a centrifuge to separate red cells from plasma and return them to the donors. "Donors can come back up to twice a week, so we count on regular donors. It's a longer process (than traditional blood donation), so you want to make sure you get them through smoothly. We rely on a lot of plasma to be able to make these therapies."

So it may come as no surprise that today the company is evaluating what to do with another space it's outgrowing: its plasma collection business headquarters in Boca Raton.

"We're evaluating options in terms of that location, whether expanding there or moving to a new location," says Boss. "Similar to what we did here in King of Prussia, we're evaluating options for the long-term future. I don't think there's any anticipation of moving that facility out of the state of Florida, but there is evaluation in terms of where to locate it within South Florida." 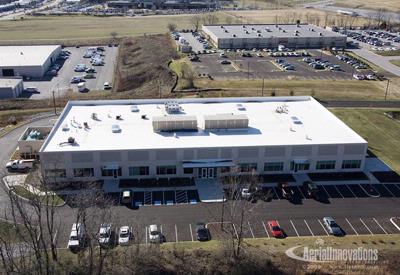 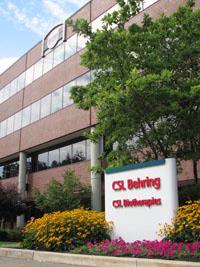 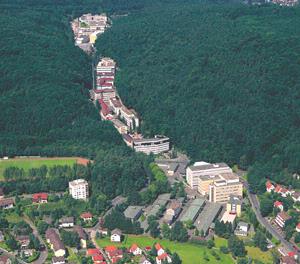 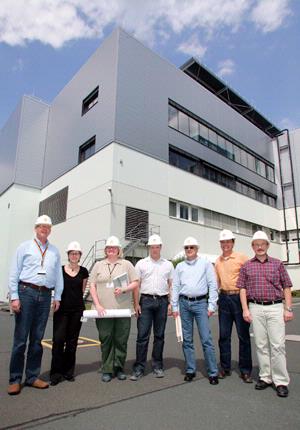 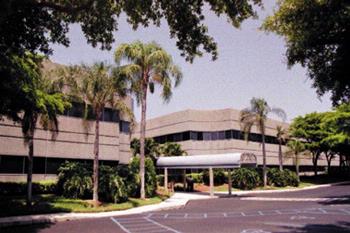 TALECRIS BIOTHERAPEUTICS: Triangle and One (Apr 26, 2010)