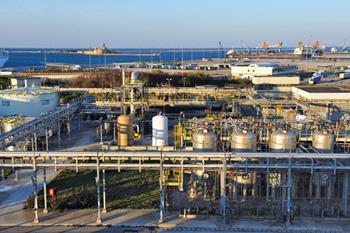 Sanofi-Aventis has expanded capacity at its production facility in Brindisi.
By John W. McCurry
S

anofi-Aventis continues to expand its plant in in southern . A recent investment of US$32 million boosts the plant's capacity to produce the antibiotic Spiramycin. The company is the largest pharmaceutical manufacturer in with plants also in Origgio, Garessio, Anagni and Scoppito. Sanofi-Aventis employs about 3,200 in , 1,400 of whom work at the five plants.

"Each of the five Sanofi-Aventis plants located in Italy stands out for specific field of activity, helping make Italy a point of reference within the Group's industrial reality," said Philippe Luscan, the company's deputy senior chairman for industrial affairs. "In Sanofi-Aventis' international strategies, the Brindisi plant represents a significant pole on an international level in the production of antibiotics, and the start-up of the production of Spiramycin is yet another sign of our company's commitment to offering efficient responses to unsatisfied health needs worldwide."

For the 2010-2013 period, Sanofi-Aventis plans to invest approximately $394 million to develop its industrial presence and its research activities in , adding to more than $246 million allocated in 2006-2009.

"The start-up of production of the antibiotic Spiramycin and the consequent investment of €26 million [US$32 million] is a key step in the growth of the production plant, which further strengthens the role played by Brindisi in the Sanofi-Aventis world production chessboard," said Daniel Lapeyre, managing director for Sanofi-Aventis Italy.

Here's a look at the company's other production plants in .

-The Origgio production plant, which employs 246, produces Enterogermina and Maalox, which are currently exported to 33 and 55 countries, respectively. In the future, the number of countries where Enterogermina will be registered will reach 85, with 250 million vials to be produced yearly.

-The Garessio production site, which employs 167, is involved in the company's Medicines Access Programme for tropical diseases. In the future, the production of synthetic artemisin, a fundamental component for antimalarial treatment, will be moved to Garessio.

-The Anagni production plant, which employs 484, in recent years has been charged with the production of some drugs previously manufactured abroad, with an investment of over €70 million (US$86 million). Two-thirds of the plant's production is intended for international markets, including the .

The Scoppito production plant employs 346 and in 2010 will see the opening of a $2.7-million galenical (medicine comprised mainly of herbal or vegetable matter) technology center devoted to the development of new pharmaceutical products.

In 2008 Sanofi-Aventis opened a new $33-million research center in that employs 70. In 2009 it obtained five patents and 430 original molecules were synthesized there. 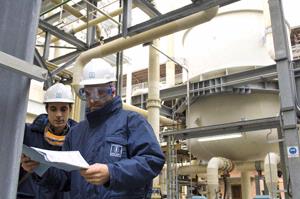 Solvay has expanded its facility in Rosignano. 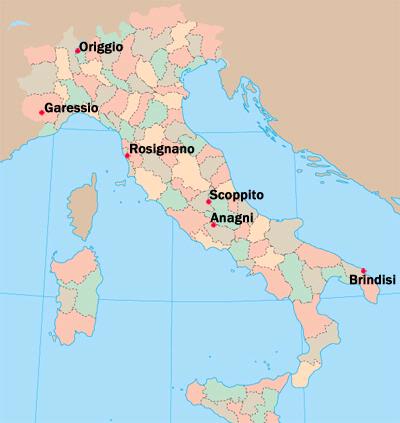 The report says has 319 companies involved in biotech R&D, 187 of which are considered to be "pure biotech." Most of the 319 companies were set up between the late 1990s and the early 2000s, 53 percent were startups and 24 percent were academic spinoffs. The report classifies 68 percent of the companies as either being "micro" or small. Biotech clusters have developed in Lombardy (with 36 percent of 's companies), , , , Sardinia and .

's biotech turnover is stable, generating $8.1 billion in 2008, according to the report. The industry employs more than 50,000, of whom about 9 percent are involved in pure biotech companies.