The Key to Successful Biotech
Clusters in Switzerland and Sweden 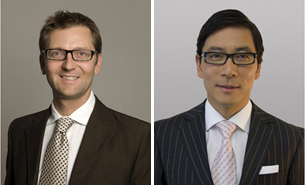 he European biotechnology industry developed significantly over the past 10 years and contributed to the development of all of Europe's industry sectors. Many countries have focused some of their economic development efforts on biotechnology as it represents an industry with high valued-add and is primarily based on knowledge. It provides developed countries a way to compete with manufacturing-focused economies with cost advantages. The industry can be classified into three different sectors: biotech therapeutics, biotech R&D services and biotech other (agricultural and industrial etc.). (Find a definition of each sector here.)

Key statistics show that Sweden and Switzerland follow the same trend, with most biotechnology companies active in R&D services, followed by companies active in the development of human therapeutics, and the least number of companies in the biotechnology other category (agriculture, industrial etc.). The investigation of Hungary and Poland revealed that R&D services were the biggest sector and the therapeutics sector was the smallest, as described in the table below. It is evident that for the development of a strong industry first the biotech R&D services sector has to be established before therapeutic companies can start being founded. This certainly has to do with the availability of the necessary service and supporting companies for the biotechs, but also with availability of experienced management resources.


All four countries have established clusters. Sweden has four clusters (Medicon Valley, Stockholm-Uppsala Life Science, GöteborgBIO and BioTech Umeå). Switzerland also has four clusters (Greater Zurich Area, BioValley Basel, BioAlps and Biopolo Ticino). Both countries have cross border clusters where Medicon Valley includes Sweden and Denmark and BioValley as well as BioAlps include Switzerland and France. Hungary has four recognized clusters/knowledge centers (Budapest, Szeged, Debrecen and Pécs) and Poland has three clusters (Warsaw, Wroclaw and Krakow). As in most cases with clusters, the common denominator is that the clusters are located in proximity to a university/Institute associated with the life science industry where there has been a link to the industry.

A closer look at the biotechnology therapeutic companies in Sweden and Switzerland shows that around 259 R&D projects (88 in Sweden and 171 in Switzerland) are in development for the treatment of unmet medical needs. The number of ongoing R&D projects in Hungary and Poland conducted by biotech therapeutic companies only reached around seven, all of them conducted in Hungary.

There are a few therapeutic products in development in Poland, but these products are being developed by biotech R&D services companies.

In summary, it is clear and not surprising that Sweden's and Switzerland's clusters are more developed and productive than the Hungarian and Polish clusters. Two of the reasons for this are that the biotechnology industry in the latter is less mature and has limited access to financial means from national investors and government.

It's not a coincidence that Sweden and Switzerland managed to establish successful clusters. Both countries' clusters actually tick the majority of the crucial boxes that are a prerequisite for a successful cluster. The countries not only have a strong history in technology and life sciences, there are also a number of other significant variables that have contributed to the foundation of the successful clusters, such as

Other factors that have been suggested to contribute to the establishment of success clusters are the creation of social networks linking managers, scientists and financiers together as well as heterogeneity within organizations.

Last but not least the presence of big pharma companies also had a very high impact in the development and growth of the industry in Switzerland as well as in Sweden. Hungary and Poland might not be at the level of their Westerner counterparts, put they are in the process of establishing a healthy biotech industry. However, it will still take some years and the support of the government to be able to get to Western numbers.

Venture Valuation is a Zurich-based consultancy specializing in the life sciences sector.