A biopharma firm’s Swiss operation is big on sustainability 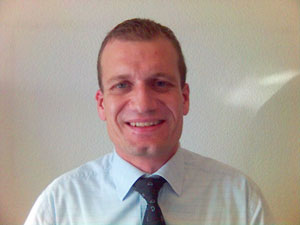 ultinational biopharma company Celgene chose Boudry in the Swiss Canton of Neuchâtel for its international headquarters in 2005. Construction began in 2006, and the first phase of the Boudry campus opened in 2008. The company has been growing in Boudry ever since, in part due to the success of its multiple myeloma drug Revlimid.

"We are still building," says Jurg Oehen, Celgene's corporate vice president of international finance. "In 2009, we completed phase 2 of our construction, and we have started on phase 3, which will be finished in 2012. Then, we hope we will have sufficient space for a few years."

Celgene currently employs 388 in Boudry and 100 more at its R&D facility in nearby Marin. Employees represent 25 nationalities with 60 percent of the work force being Swiss. When phase 3 is complete, the Marin operation will be consolidated into Boudry for increased efficiency, Oehen says. When the third phase is complete, Celgene will have invested

US$150 million at the Boudry site.

Celgene selected Switzerland for its central location and economic stability, Oehen says. Boudry offers good access to transportation systems, he says. The company also pinpointed Boudry because of the opportunity to purchase sufficient land for its expansion plans.

"Switzerland is a place with not much available land," Oehen says. "We got permission to build in record time, allowing us to meet our construction schedule. If you have the right authorities behind you, things move quickly. We have an excellent infrastructure; there's no doubt about that," Oehen says. "It's easy to catch the train to the airport in Geneva."

The Boudry site is located just off the A5, one of the country's main highways. The Geneva, Basel and Zurich airports are all less than a two-hour drive.

Located outside of Switzerland's urban areas, affordable and available housing for employees is not the issue it can be in the Zurich and Geneva metro areas, Oehen says.

Celgene's Boudry site has been recognized for its attention to sustainable development. The buildings and much of the technical equipment have been certified as meeting stringent Swiss Minergie standards, a label that designates high energy performance. The Celgene complex is the first of its kind in the Canton of Neuchâtel to receive this distinction. A Minergie building has three basic characteristics: an airtight building with reinforced thermal insulation, an automatic energy-efficient ventilation system and high-efficiency heat production, usually using one or more renewable energies.

Celgene uses wood pellets for its central heating systems while solar panels on the roof of the production building provide hot water for the whole site. A water buffer tank for the sprinkler system collects rainwater, which is used for toilets and outside watering.

A double-flux ventilation system with heat recovery provides air exchange in the offices, while cooling takes place through the chilled ceiling system as room-temperature water circulates through piping in the ceiling panels.

"It's an extremely nice facility, which is one way to compensate our employees for their hard work," Oehen says. "We try to be careful with the environment. We feel it is our obligation."

The production building is somewhat of a rarity in the biopharmaceutical industry, because visitors who are approved for tours can view the manufacturing process from a glass-enclosed hall.

"It was specifically designed that way, because we knew we would have a lot of visitors," says Claude Giroux, head of manufacturing in Boudry. "It's rare to have this, but we wanted to show what we are doing."

To reduce maintenance and because of windy conditions, Celgene uses artificial grass for the front lawn of its campus. Oehen says the overall goal of the campus's landscaping is to fit in with the natural surroundings between the Jura Mountains and Lake Neuchâtel.

The buildings are full of employee amenities, including a fitness center and "coffee corners" on each floor. 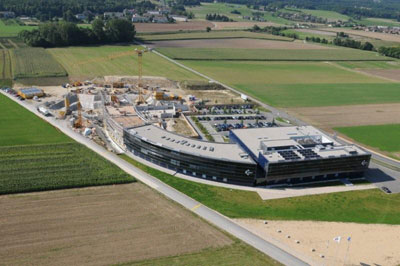 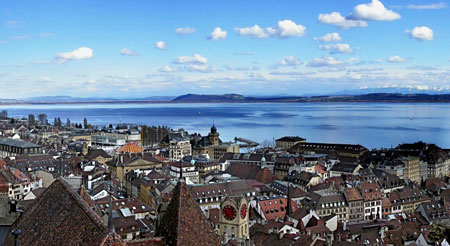