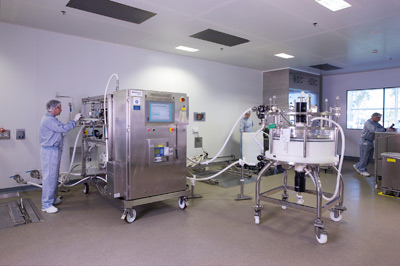 Janssen has had a long presence in Ireland, both in pharmaceuticals and biotech.
photo courtesy of Janssen

he life sciences sector has thrived in Ireland for decades with significant clusters developing in the Cork and Dublin areas. Two companies that have been particularly prolific in the Emerald Isle have been Janssen, which is part of Johnson & Johnson, and Merck, which is known in Europe as MSD. Both companies say a plentiful supply of qualified personnel is a major advantage to operating in Ireland.

Janssen operates two major manufacturing sites about 15 miles (24 km.) apart in Cork, one for pharmaceuticals and the other for biologics. Each employs about 200. Janssen came to Ireland with its pharmaceutical operations about 30 years ago, looking to add capacity to complement Belgian operations.

"Janssen bought the site, a ready-made facility that they could add on to and get working very quickly, which is what they did," says Kyran Johnson, general manager of Janssen's supply chain in Ireland. "That site gradually grew year after year and ultimately ended up with three plants, with the last one finished three years ago. From an Irish perspective, there has been support in terms of government grants, and grants for R&D have also been important. Of course, the corporate tax, which was 10 percent then, and now is 12.5 percent, was a factor in the buildup of the API [active pharmaceutical ingredient] business."

Janssen Biologics initially came to Ireland through its acquisition of Centocor in 1998. The company began construction of its new US$500-million site in Cork in 2005 and began full-scale production in 2009. Johnson says the new Janssen biologics site uses just 30 percent of a 100-acre (41-hectare) site, so there is room for growth.

"We have space for a campus-type model ultimately," Johnson says. "We have a number of projects we are looking at in terms of products coming in here. We have a good relationship with the local universities and also with government agency FAS [Ireland's National Training and Development Authority].

"We do foresee additional staff in the coming years and again, that will not present an issue," Johnson says. "The Irish labor market is very good and certainly we will be able to get the technical skill sets. We will bring in graduates fresh out of college that we can train up ourselves and send some abroad to get international experience."

Merck, known as MSD outside of the U.S. and Canada, has had a major presence for many years in Ireland, through acquisitions and expansions. Two of the latest expansions are at MSD's site in Brinny, County Cork. The new facilities include the Brinny Bioassay Centre of Expertise and the Brinny Pneumococcal Vaccine Conjugation Facility. The Brinny site became part of MSD with the 2009 merger with Schering-Plough. The €28.6-million (US$41.3-million) expansions will create 70 jobs.

MSD operates eight sites in Ireland employing about 2,300, and has invested a total of $2 billion in the country through the years. Brian Meehan, general manager of MSD's Carlow, Ireland, site, says there are many advantages to manufacturing in Ireland, but work force quality sits at the top of the list. 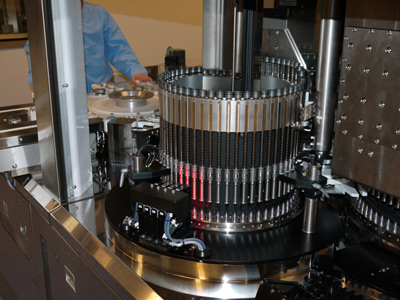 Merck, known as MSD outside of the U.S. and Canada, produces vaccines for global markets in Ireland.

"People often talk about the tax advantages of Ireland first, and that's obviously important, but I'm not sure how much it would matter if you couldn't get the right employees," Meehan says. "Some complicated vaccines are made in Ireland. We have access to educated employees who have a high level of skill."

Meehan says the Ballydine site, which recently underwent a $100-million expansion, has always operated at a high level.

"If I put a new product at Ballydine, I know it will go as planned," Meehan says. "It has a track record of success. The Schering-Plough sites have been successful and have been a significant presence for the Merck global network."

Manufacturing in Ireland is not without challenges.

"We are going through some difficult economic times in Ireland, but we can't lose sight of the focus on education," Meehan says. "Merck makes it a priority to make our recommendations to the government on what is needed in math and life sciences. With the overall increase in unemployment in Ireland there is a perception that a lot of the top talent has gone overseas, so immigration has increased. That's a national level challenge. But even with those difficulties, the life sciences sector here continues to grow."

Meehan has been with Merck for 24 years and stationed in Ireland for three years. Economic conditions have changed considerably in those three years, he says.

"Ireland has gone from a red-hot Celtic tiger to three years of no growth," Meehan says, but then adds, "It's a fantastic place to live and work. It's very positive."