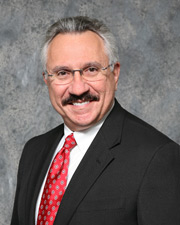 here are several reasons Ohio has won Site Selection Magazine's "Governor's Cup" for the most corporate expansions in the country in three of the past five years. One of them certainly is the 20-percent growth in the bioscience industry in Ohio over the past decade.

Ohio's bioscience industry directly employs more than 62,500 workers. Since 2000, Ohio bioscience employers have added 10,222 jobs, a 19.5-percent increase in contrast to stagnant employment rates throughout the country during the same time period.

From 2005-2010, 236 bioscience companies — from pharmaceutical and medical device companies to contract research organizations and drug discovery firms — either expanded operations or announced new facilities in Ohio. During the same time frame, at least 442 bio-related firms either launched or established their first facility in Ohio — an average of 73 per year.

Why this spectacular growth? It has occurred partly because Ohio has made bioscience industry growth a priority by organizing various mechanisms to fuel acceleration, and partly because the changes in the global macroeconomics of the industry have made Ohio a very attractive place to do bio-business.

Ohio's 10-year, $1.6-billion Third Frontier Project launched in February 2002. This program is the state's largest-ever commitment to expanding high-tech research capabilities and promoting innovation and company formation to create high-paying jobs. In May 2010, Ohioans voted to extend the Third Frontier Project with an additional $700 million over four years starting in 2012. The expansion will use debt financing to help fund "innovation centers" at state universities and invest in start-up companies involved in biomedical, alternative energy and other high-tech fields, anticipating these investments will continue to grow and develop quality jobs.

Since 2002 nearly 100 diverse bioscience-related projects have been funded. During 2009-2010, 30 new bioscience projects were funded by the Third Frontier, totaling $84 million and matched by more than $118 million in corporate funding. This includes investments in Entrepreneurial Signature Programs and Seed Funds, since a significant portion of these funds are focused on bioscience.

In addition to the statewide leadership of BioOhio, an industry development and membership organization, Ohio enjoys regional leadership throughout the state, like BioEnterprise in Cleveland and TechColumbus in Central Ohio. These groups are aggressively integrating regional assets to build infrastructure ideal for bioscience company growth. BioOhio is fortunate to have so many like-minded and energetic economic development partners at the state and local level. Because of this committed collaboration, bioscience entrepreneurs are benefiting from sage advice and funding options unavailable in many parts of the country.

Ohio's major medical centers, at Gov. John Kasich's request, are integrating skills and assets, such as clinical trial capabilities and health informatics, to produce one-of-a-kind support capabilities for the more rapid growth of companies in all phases of drug and device development. Ohio already hosts nearly 17 percent of all clinical trials performed in the United States.

Ohio also offers financial incentives for company formation, relocation and growth. The recently launched Jobs Ohio program focuses on developing the optimal strategy for a company that wants to expand or relocate to Ohio. An integrated team comprising Jobs Ohio, BioOhio and regional economic development groups develops incentives for companies so decisions can be made quickly and implementation can move smoothly through all levels of government support, from tax incentives and local utility services to employee training grants.

In FY2010, Ohio post-secondary institutions awarded 8,088 bioscience-related degrees. Compared to 2006, the number of earned degrees has increased by nearly 26 percent. This is good news for bioscience companies already in Ohio as well as those outside of Ohio looking for fertile ground to expand. The BioOhio Institute, working with community colleges around the state, leads a federally funded program for employee training to produce top quality technical support for both pharmaceutical and medical device manufacturing. And with the explosion in company expansions and relocations, senior talent is becoming readily available as well. Educated and abundant talent is here, and ready to work.

Global macroeconomics are driving the need for faster time to market, better market access, and lower development and manufacturing costs. Ohio's statewide industry strategy makes it simple for a company to plug into these assets and is proving to be an ideal location for the growth of new and established companies.

The greatest challenge that Ohio's bioscience industry faces is visibility. Many industry pundits do not recognize the implications of the global changes that are occurring in the industry, such as the need to significantly lower the cost and time of development, the commoditization of many aspects of health care, and the greater participation of the consumer in all aspects of health and medicine, just to list a few. Ohio is conscious of all of these dynamics and has created an atmosphere and infrastructure where companies can flourish in the 21st Century health industry paradigm.