Capital is needed to build on the strength of renowned labs. 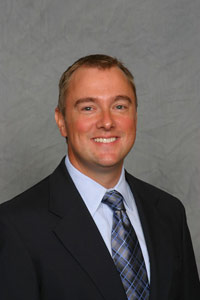 ver the past several years, Florida's bioscience industry has continued to grow, attracting some of the world's leading research institutes. That momentum began in the mid-2000s when former Gov. Jeb Bush, recognizing biotechnology as a growth industry for the state, successfully attracted an expansion operation for the Scripps Research Institute to Jupiter through $300 million in incentives that were matched by Palm Beach County. Since that time, more than $1 billion in incentive investments has contributed to the attraction of other prestigious research institutes such as Sanford-Burnham Medical Research Institute, Torrey Pines Institute for Molecular Studies, Vaccine & Gene Therapy Institute, Draper Laboratories, Stanford Research Institute and Max Planck Institute.

These organizations have established or are currently building hundreds of thousands of square feet of new laboratory and office facilities and employ more than 1,000 researchers, administrators and other workers. Over the last six years, when construction cranes have been silenced in many industries and regions, activity in Florida's bioscience industry has remained strong. In fact, Florida is now one of the fastest growing states for creation of biotechnology, medical device and pharmaceutical companies.

This new research and commercial infrastructure is part of an industry that has been quietly building for decades. The University of Florida is the top ranked public university for technology transfer, and has helped spawn dozens of bioscience companies in the north central part of the state. Jacksonville has built its economy largely around a robust health care and clinical trial infrastructure. Tampa Bay's growth in cancer care, personalized medicine and medical devices makes it one of the country's leading medical technology regions. Miami's global reach has attracted pharmaceutical and medical device development and is strengthened further by the growth of biomedical research at the University of Miami.

We are also witnessing new clusters of industry growth in smaller communities such as Jupiter and Port St. Lucie as well as in other metro areas such as Orlando and Naples. As a result of this multi-location development, the "virtual cluster" of Florida's bioscience industry is contributing to economic growth at a time when our state's real estate and tourism industries are largely struggling. Paradoxically, although those traditional growth industries may be somewhat lagging, they still help to make Florida an attractive location for these research institutes and bioscience companies.

In fact, Florida's unique model for growth has already proved successful despite a departure from traditional models of economic development. Rather than focus on attracting existing for-profit companies that may or may not succeed, former Governor Jeb Bush's strategy was to bring nonprofit research institutes in first, and use that base to build and attract the commercial sector. Now we are witnessing the results of this strategy with spin-out companies being created and business joining our state to share in this R&D strength. Examples of this successful strategy abound:

Just a few years ago, Jupiter was a small town with a satellite campus for Florida Atlantic University. Now, that university campus includes several hundred employees at Scripps Florida and the soon-to-open Max Planck Florida Institute. Just down the street, a half-dozen biotechnology companies have come together in an incubator to take advantage of the research and employment base in the area. FAU now has a medical school and a strong graduate biomedical program, while Scripps recently announced plans for a collaboration to build a teaching hospital on its expansion campus across the street.

On the southeast corner of Orlando International Airport lies one of the country's largest development projects — Lake Nona Medical City. The announcement of the Sanford-Burnham Institute expansion to Lake Nona was part of a master plan for a research, clinical, retail and residential community. Sanford-Burnham is now operational in a community that includes the new University of Central Florida School of Medicine, research operations for MD Anderson and construction under way for a new VA Hospital, Nemours Children's Hospital and a biomedical building for the University of Florida.

Nestled between Jupiter and Orlando is the Tradition community in Port St. Lucie. When Torrey Pines Institute CEO Richard Houghten discovered the opportunity to expand operations to this area he ended up establishing the Institute's headquarters there. The Vaccine & Gene Therapy Institute out of Oregon Health & Science University and the Mann Research group followed soon after, and residential, retail, hotel and other commercial buildings are still sprouting up in the community.

Now that this strong research base is established, the needs of our industry lie primarily with start-up and emerging companies seeking to develop and commercialize the next breakthroughs in health care, energy and agriculture. With our resources spread throughout Florida rather than concentrated in a single community, we have unique challenges and great opportunity at the same time. It's that opportunity that will allow Florida to continue as one of the fastest growing states in biosciences.

Through a combination of networking activities, advocacy efforts and professional development programs, our organization, BioFlorida, is committed to maintaining the strong business climate that allows companies to succeed in our state. This October we will hold our Annual Conference in Tampa. Since its inception the conference has enabled scientists and entrepreneurs to explore collaborations and form partnerships.

Yet, despite our success to date, we acknowledge that challenges remain. Attracting financing for emerging biotechnology companies is difficult throughout the country, and Florida is no exception. Convincing those who know Florida as a vacation destination that innovation also thrives in our state can be an uphill battle. But as more people discover Florida's innovation economy and more of our young students learn about the opportunities to become part of this industry, we will continue down this exciting path into our future.