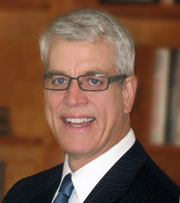 “This could be bigger and better than we dreamed,” she told The State newspaper. She was already working with University of South Carolina researchers in nearby Columbia to make research and development a key at the new $313-million facility with the goal of expanding product lines.

Having announced 700 new jobs at an average annual wage of about $70,000, her words took on a hopeful forecast of the coming of age of South Carolina’s life sciences industry.

For a decade, the state has been investing in life sciences research and entrepreneurial infrastructure in its efforts to “grow the innovation economy.” This year the green shoots of a distinctly South Carolina life sciences industry are emerging from the shadows of its neighbors.

Weeks before Nephron’s groundbreaking, a series of genomic medicine announcements rippled through the state:

Nephron’s groundbreaking was just one of the state’s record project announcement binge in 2011 that announced 20,000 new jobs and more than $5 billion in new investment.

All this comes as the first South Carolina-made Boeing Dreamliner is set to roll off the new line in Charleston this month and BMW’s new second production line rolls X6s out of the door in Greer.

The growth is keyed to the state’s core competency at advanced manufacturing, its ability to produce high value in a low-cost environment and its enviable quality of life. Forbes magazine named it as the fifth best pro-business regulatory environment.

It is why regional economic development groups in Charleston and Greenville have targeted biomedical companies as a key strategic interest in building their clusters.

This coming of age for life sciences includes SCBIO, the South Carolina Biotechnology Industry Organization that is just rounding out its first year with professional staff. It has set out to grow the nearly 600 businesses in life sciences that employ 13,500 people, and to support the community of maturing start-ups and commercialization ventures. The industry has a $2.6-billion impact on the state economy, according to Battelle Institute figures, roughly 2 percent of state GDP.

The Lab21- ITOR - Greenville Hospital System Medical University partnership is a demonstration of what a small state like South Carolina has learned to do well — work together in biomedical research and industry partnerships.

Other industry partnerships include:

Pretty heady stuff for a state that 10 years ago saw itself as “not even in the race” for biomedical economic development, according to Speaker of the House Bobby Harrell.

It was in 2002 that the state legislature passed some hallmark measures to start the state on a trajectory toward the knowledge economy. They included:

The Centers of Economic Excellence Act — what is now called SmartState — is now a nationally recognized program that matches state lottery funds to private investment to attract world-class researchers and their companies. The program has attracted $1.2 billion in investment and created 7,000 jobs. Half of the 49 endowed chairs are in life sciences.

Forbes named SC Launch one of five top programs that support entrepreneurism. It has launched 251 companies that have drawn $167 million in follow-on funding.  About half of these new companies are in life sciences.

This includes CreatiVasc, a start-up spawned by a Greenville Hospital System vascular surgeon that the FDA picked as one of three companies for its Innovation Pathway program to speed important medical device breakthroughs to market.

The state still ranks near the bottom in venture and capital formation for these companies. Many are at the second stage looking for $2 million to $5 million in commercialization help. Efforts are under way to improve the state’s access to angel funds, provide locally generated private venture funds and create a state division of innovation and entrepreneurship.

The state could benefit from life sciences industry headquarters that bring in top CEOs and national caliber executive leadership. Some of this talent is coming from within but still on the grow.

Work force, too, is every state’s issue in life sciences, and South Carolina has its challenge to move its already highly productive work force to the next level of advance manufacturing and science skills.

So much state and private infrastructure has now been planted with teamwork and clear results that South Carolina life sciences enterprises are now breaking out into national prominence.

“When we first started down this path, we didn’t know for certain what direction this would lead us,” Harrell told a group of 120 life sciences industry executives and state legislators at the first Life Sciences Industry Day.

Nephron’s Lou Kennedy may be prophetic: it could be “bigger and better than we ever dreamed.”