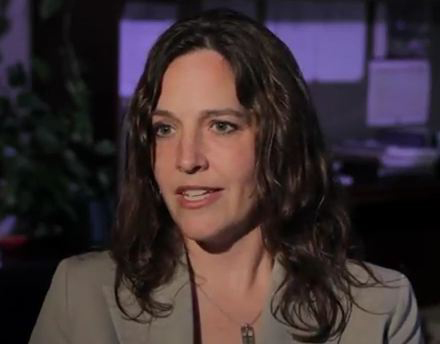 In life sciences, or any other industry sector, South Dakota rolls out the red carpet instead of the red tape.

"When I arrived in South Dakota I was immediately embraced," says Keough, recalling how he met with the governor's office, the South Dakota Biotech Association and venture capitalists during his first day in the state.

He's now used to answering the question, "Where is Sioux Falls, South Dakota?"

"I say 'It's at the end of the road if you are seeking the best place to be," says Keough, whose company chose Sioux Falls for its home office. PharmaCline has won national recognition recently from organizations such as the Edison Awards and the American Business Awards.

A look at our South Dakota Biotechnology Association reveals reasons why the industry has achieved such success here. Our organization grew by 28 percent in the last year and our membership is diversified. We have leaders in renewable energy, agribusiness and healthcare at the table with architects, attorneys, economic developers, educators, venture capitalists and start-ups. We believe in connecting our industry to others in the state that can offer resources to support growth in a way that genuinely advocates for everyone's success.

Our state also has a commitment to investing in research and development infrastructure. South Dakota ranked first in the nation with a 75-percent increase in academic R&D expenditures from 2004-2009.

In South Dakota, biotechnology lives in a big tent. The state is impressively diversified in our key sectors of ag feedstock and chemicals, medical devices and equipment, and research and development.

Our major medical centers, Sanford Health and Avera Health, are becoming national research leaders, Our booming ethanol industry, led by POET, the world's largest producer, is setting the pace in renewable fuels technology and development. In western South Dakota, the U.S. Department of Energy also is sponsoring on-going physics experiments to detect and measure dark matter and neutrinos in a lab nearly 5,000 feet underground in a former gold mine.

When companies decide to join these innovative pioneers, our biotech association embraces them. We offer everything from programs to increase purchasing power to help with public relations and outreach.

But there's a bigger story in South Dakota than its focused growth in biotechnology. The state, consistently ranked among the nation's best business locations, has created an exceptional climate for any business to succeed here.

In South Dakota we believe in showing businesses more red carpet than red tape. When you're here, you're one of us. It's our mission to connect you with every resource available and to cut down on burdensome regulations that get in your way.

South Dakota grew its bioscience jobs by 37 percent in the last 10 years,
far above the national state average of 6 percent.

Instead of costing business, South Dakota invests in business. The state offers a range of financing programs. A low-interest loan fund is available for start-up businesses and to help with relocations and expansions. Another fund is available to provide small businesses access to larger capital markets for tax-exempt or taxable bond issuances. And several programs assist with work-force development, from training funds to internship matching money and help with recruitment and placement costs.

As PharmaCline's Keough found, the state stands out by delivering on what it promises businesses that move here.

"There are a lot of pitch-meisters around the country," he says. "What I would tell people is 'Don't listen to them. Listen to people such as myself.' I've heard the presentations. I've come here and they were real. In fact it has worked out better than I expected. Far better."

We invite you to visit us and learn more about our growing biotechnology community this fall. Our Oct. 25 South Dakota Biotechnology Summit in Sioux Falls promises to be a valuable event for education and networking. Featuring a keynote address from Bayer CropScience, current and emerging leaders in the state's biotech community and a growing research poster session, we would love to take the opportunity to introduce you to our state.