Oregon may be a sleeping biotech giant. 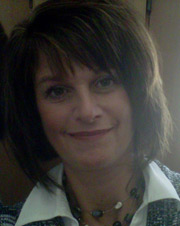 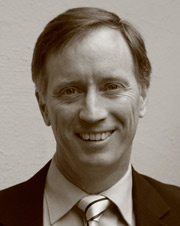 ioscience is one of the fastest growth sectors in the U.S. economy. But by most accounts, Oregon has been a bit tardy to come to the bioscience table.

Up until a decade ago, Oregon's academic and research universities, small biotechnology and life science firms and health IT existed mainly in silos lacking coordination and collaborative leadership. Average levels of federal and state funding, lackluster private capital and inconsistent infrastructure investments placed Oregon squarely in the bottom half of all states with any kind of bioscience future.

Nestled in Oregon's Silicon Forest, a sleeping giant, of sorts, slumbered and then began slowly to stir.

Since 2001, concentrated progress has ushered in transformation, with Oregon growing assertively in key sectors of the bioscience industry such as medical device manufacturing and drug development. The Biotechnology Industry Organization's (BIO) most recent annual impact survey notes Oregon's 30-percent increase in NIH funding since 2004, resulting in $510 million coming to Oregon in 2009. BIO's survey also names Oregon as one of only eight states with large employment gains in medical devices and equipment in 2009.

Consistently Oregon's bio sector has shown itself largely recession-proof, missing large layoffs and skirting firm closures or departures. The state's bioscience sector remains one of the few industries that grew, despite the nationwide economic downturn of 2008 and 2009. And although there was a 15-percent decline in Oregon's overall economy, the local bioscience sector grew a healthy 18.3 percent since 2007.

As Oregon emerged from the 2007-2008 recession, other sectors such as information technology and sports apparel manufacturing outpaced bio's slower, but steady, expansion. Of late, Oregon has etched itself in the sustainability landscape with a burgeoning solar panel manufacturing sector.

About five years ago, Oregon's biotechnology and life sciences aggregate took to measuring itself via independent industry assessments. The resulting statewide economic impact survey shows part of the industry's success with its $7-billion footprint on the state and more than 30,000 direct and halo jobs.

In fact, the number of research, testing and medical laboratory establishments in Oregon increased 42 percent over the past 10 years, with employment in the medical devices market rising 32 percent, versus just 2 percent nationally. Oregon's bioscience employment grew substantially, by almost 40 percent, in the years between 2001 and 2008, five times the 7-percent growth rate for all of Oregon's private sector and double the national bioscience growth rate.

Yet such bare bones statistics showing bio's growth do not necessarily a cluster make, and many recognize that a coordinated, consensus strategy still feels a distance away.

The notion of clustering is still a focus for Oregon's bio industry, with a growth in infrastructure not yet up to speed with growth in other areas of the subsector. Movement has been important and in 2010, the city of Portland's economic bureau helped spur financing to build a new six-station wet lab pod in a local accelerator complex.

Similarly, a 'next generation' focus has taken hold with industry concentration on developing Oregon's bio talent pool. In the past three years, an infusion of federal work-force dollars and industry participation has helped to launch BioPro, an innovative and collaborative training approach to upskilling current industry workers with an eye toward creating training programs for dislocated employees. Local community colleges assist with curricula planning and have launched a bioscience technical training certificate program to complement the effort.

Measured progress has come opportunistically, side by side with the state's growth in chip, wafer and software technology. Oregon has become a prime choice recently for new tenant firms including Genentech, Google, Amazon and Facebook. Large and small parcels still abound in and outside of Oregon's technology corridors and serve as viable choices for companies doing complex, innovative work.

The launch of the Oregon Innovation Council (Oregon Inc.) five years ago put the innovation conversation in the huddle, and a new appetite by state policymakers established state seed funding for three signature research centers. One focuses on best practices in sustainable building and development, one centers on micro- and nanotechnology practice and the third is called the Oregon Translational Research and Development Institute. OTRADI functions as a bioscience research accelerator in developing drug and medical device research ripe for commercialization in partnership with universities, researchers and small bioscience firms.

Although venture capital has increased inflows to Oregon, a lack still exists in sufficient local seed funding mechanisms for entrepreneurs and start-up companies in the local bioscience industry. Reasons include a smaller local venture capital presence, and a lack of sufficient public investment programs that might spur matching contributions.

An additional challenge is lack of alignment between local industry and biomedical research institutions, which can create unnecessary limits on best practices, technology transfer licensing, feedback loops and collaborative engagement.

Despite the inevitable barriers in this emerging key sector, development of the industry continues. In the past several years, specialty areas have developed in Oregon's bioscience industry, comprising cardiac health monitoring and diagnostics and cancer research. Signature companies and global cures have emerged from the once sleepy dells of Oregon and attracted similar firms to set up shop.

One key industry within the bioscience sector is that of the research and development of cures on the cutting edge of personalized medicine. The Center of Excellence in the Knight Cancer Institute and several testing and diagnostic firms are developing genetically based cancer treatment approaches.

Recently, two important developments have occurred. The first is the proposal of the Oregon Growth Fund, which is before the 2012 state legislature and aims to encourage investment in and availability of capital to Oregon businesses and to further statewide economic development via investment into specific sectors, and/or targeted key industries.

Second, leaders, movers and shakers have coalesced around the strategy that the greatest long-term impact will come from the creation of an industry roadmap. In late 2010, as led by the state's bioscience association, policy makers, company executives, researchers, and academic experts embarked on the crucial first steps to create Oregon's first bioscience roadmap, to encourage coordinated industry planning and synchronize the efforts of academic research, manufacturing infrastructure, investment capital, favorable regulatory environments and work force needs.

As the first preview of that roadmap rolls out this spring, many will see the industry maturation is well on course.

Highlights of Oregon's bio industry
(as measured in 2009 by a commissioned statewide economic impact survey):