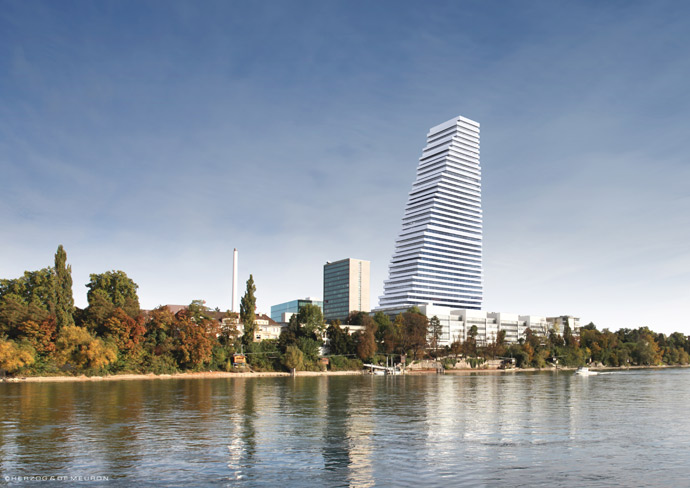 Roche’s Building 1 will be the tallest building in Switzerland when it opens in 2015.
Image courtesy of Roche 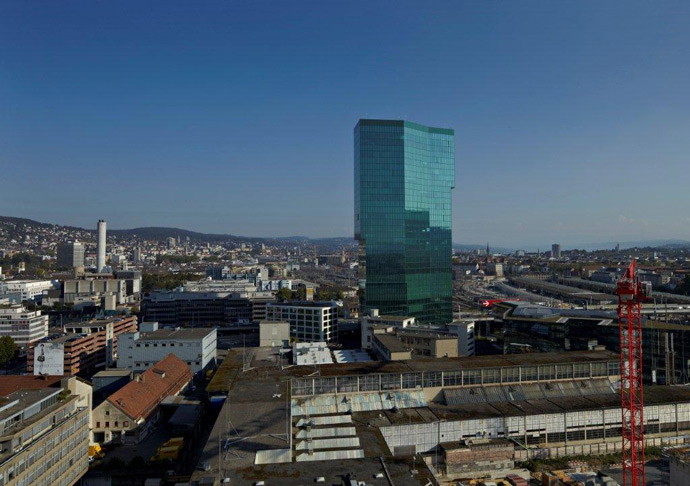 kyscraper is not a commonly used term in Switzerland. Few buildings earn that moniker in a country that has mostly eschewed anything high-rise other than the Alps.

That will soon change as construction is commencing on the shell of Roche's Building 1 in Basel, which, when completed in 2015, will be Switzerland's tallest building at 178 meters (584 ft.).

The 41-story tower, which will rule Basel's skyline, will be the city's tallest by a wide margin. Basel currently has just one building taller than 20 stories, the 32-story Basler Messeturm office building. For the pharmaceutical giant Roche, the new tower is about consolidating offices currently scattered around the city.

"Roche needs a new office building in Basel," Roche CEO Severin Schwan said when the project was announced in late 2009. "We are convinced that having all the company's departments — research, development, production, marketing and corporate — close to each other will be crucial in ensuring that they work together successfully."

Roche is investing CHF 550 million (US$604 million) in Building 1, which will be home to 2,000 Roche employees. Excavation work on the foundation pit began last spring. Shell construction will begin in March and continue through the end of 2014. Interior fit-out work will take place simultaneously, starting in 2013. Roche plans to move into the building at the end of 2015.

Building 1, sometimes referred to as the Roche Tower, is being designed by the renowned Basel architectural firm Herzog & de Meuron, whose most famous project is Bird's Nest stadium, built for the 2008 Beijing Olympics. The Roche building, which will have 71,900 sq. m. (774,363 sq. ft.) of gross floor space, will feature earthquake-resistant construction and will be built to strict Swiss Minergie energy standards.

"Building 1 is a clear commitment of Roche to the Basel site as its corporate headquarters," said Matthias M. Baltisberger, head of Roche's Basel site. "We will create attractive workplaces that are conducive to dialogue and exchange, and offer a top-quality infrastructure to our employees."

Herzog & de Meuron describe the structure as having a "distinctive wedge-shaped form," slanting down towards the west and almost vertical to the east. The building is vertically structured by superimposed floor slabs of varying sizes, which are sculpturally exed on the exterior by horizontal white parapet bands, according to the architects. Because of its geometry, Building 1 looks entirely different depending on the angle of view, making it a recognizable landmark for each part of the city from which it is seen.

Building 1 will include a 500-seat auditorium. Offices and meeting rooms are located from the fifth floor upward. The top floor features a cafeteria with views of Basel and the surrounding area.

The tower is just the latest Basel expansion for Roche. In November, the company inaugurated its new CHF 250-million (US$275-million) R&D building. The facility focuses on investigation and development of pharmaceutical formulations for new active ingredients, as well as manufacturing supplies for global clinical trials.

"Finding the safest and most efficient formulation for an active ingredient is a key part of the drug development process," said Roche CEO Schwan. "Functions from the entire pharmaceutical value chain are located in Basel. This investment further strengthens the role of Basel headquarters and as a global center for research and development."

In June 2011, Roche opened its new administrative center in Rotkreuz in the canton of Zug. It is the sixth new building to be constructed at the site in the past five years. The new 16-story, CHF 90-million (US$99-million) building will be home to 600 employees, and will bring together all the administrative departments attached to the various diagnostics business units at the site. 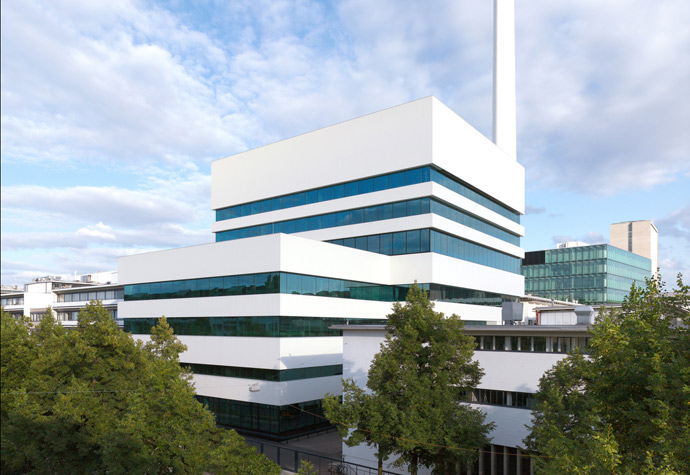