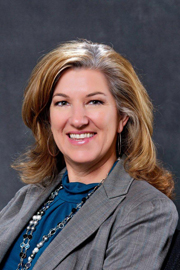 hile our economy struggles to recover from a severe recession and ongoing investor uncertainty, the bioscience industry is garnering attention globally and at home. In Kansas,where our economy is traditionally based on agriculture, aviation and the services industry, the significant growth in our bioscience sector has caught the eye of other states who are now working to duplicate economic development programs like the Kansas Economic Growth Act of 2004 and the Angel Tax Credit program.

These programs have worked to grow jobs in Kansas. Over the last decade, while all other industries lost jobs (-3.3-percent total private sector job growth in Kansas), the Kansas bioscience sector grew jobs at a 14.6-percent rate, more than double the national bioscience industry job growth rate of 6.4 percent, according to the recently published Battelle/BIO State Bioscience Industry Development report for 2012.

The report shows that jobs in the bioscience sector outpaced job growth in all other sectors, leading total U.S. job creation during the last decade (2001-2010). And these are high-paying jobs that lead to the development of new therapies and cures.

The U.S. Government recently released the "National Bioeconomy Blueprint,"  noting that bioscience industries are "a large and rapidly growing segment of the world economy that provide substantial public benefit."

In Kansas, most of these jobs are not with large pharmaceutical or biopharmaceutical companies. Nor are they with large agriculture firms. The largest sector of bioscience employment in Kansas is in the Contract Research and Contract Services space. These are jobs where people go to work to find cures for diseases that plague our planet. These are people who improve the lives of people, every day.

People recognize the names of companies like Quintiles and PRA International, who have large operations in Kansas, including two of the largest phase I units in the country. But most probably won't recognize the names of more than 90 other companies that comprise the CRO and outsourced services market in the Kansas and Kansas City region. This cluster employs about 9,000 people, generates about $1 billion in annual revenue, and was recently branded as BioResearch Central.

Some find these facts interesting. (I'm willing to admit that some find them amazing. We did, too.) But for those who are familiar with the region's legacy in drug development as the original home to Marion Laboratories and the pharmaceutical development prowess of the University of Kansas, and more recently as the home of one of the largest basic biomedical research endowments, the Stowers Institute, and the future home of the National Bio and AgroDefense Facility (NBAF) who will find cures for animal diseases, it does makes sense.

There is a base of talent and expertise in the Kansas City region with a history (and a future) steeped in bioscience. These facts were so interesting to the researchers at the Tufts Center for the Study of Drug Development, they dedicated 18 months to conduct a thorough review of Kansas City and the other top 15 metropolitan regions that support large clusters of CROs.

A recently published study commissioned by the Kansas Bioscience Authority, the entity established by the Kansas Economic Growth Act of 2004, finds that the global market for contract R&D services is substantially larger than previously estimated, as the pharmaceutical industry increases its reliance on outside experts to accelerate the development of new medicines.

The Tufts center collected data on contract research organizations in the 15 Metropolitan Statistical Areas with the highest geographic concentration of CROs, including the Kansas City area.

In a recent newsletter Tom Krol, director of commercialization for the Kansas Bioscience Authority, said, "We are increasingly aware of the economic impact of these companies in our region, and this study helps validate previous data. Thanks to this analysis by Tufts CSDD, who are well respected in the industry, we have a better understanding of the universe of CROs and we will be able to better understand Kansas City's role in that universe."

"We have such a great deal of talent and expertise in this region," said Terry Osborn, CEO of the research firm KCAS Bioanalytical Services in Shawnee, Kan. "The study's results will bolster work by the KBA, the Kansas City Area Life Sciences Institute, Kansas City Area Development Council, KansasBio, MoBio, Missouri Tech and others to grow the life sciences sector." You can read the study at Contract Pharma.

As a result of the study, the Kansas City region formed BioResearch Central, an initiative that was showcased recently at two international biotechnology events: "BIO International – The Global Event for Biotechnology" attracting 20,000 attendees, and the Drug Information Association's annual meeting of 7,500 pharmaceutical, biotechnology and medical device professionals.

BioResearch Central represents a concerted effort by the contract research community in Greater Kansas City to come together to help the pharmaceutical and medical device industries accelerate their pipelines and improve their process for the development of treatments and therapies that will positively impact global health. The initiative is launching at an important time, as companies increase outsourcing activity to speed the development of new medicines and devices for chronic and emerging diseases while lowering health care costs.

"The Greater Kansas City region's CROs have a proven track record of playing a critical role in the development of innovative and beneficial health care products," said Michael Beckloff, vice president and general manager of Beckloff Associates, an Overland Park firm that provides services to drug, biologics and medical device companies. "Our presence at BIO and DIA marked the first global opportunity to take BioResearch Central's powerful message directly to the drug development and medical device companies that can benefit from our ability to speed the development process at a lower cost than other regions."

Considering the recent announcement by the NCI that the University of Kansas Cancer Center is now designated as an NCI Cancer Center, the future is even brighter. With a focus on developing new cures at the KU Cancer Center, the service providers in the region are certainly in a position to grow, too.


BioResearch Central will host a bi-state CRO/CSP Summit on Nov. 15 in the Kansas City area. The Summit will feature the thought leadership of the 90+ CROs in the region and, in effect, draw the companies closer together as they all work to expand market share. A secondary focus of the Summit will be to promote the impact of the bioscience industry in finding cures, growing jobs, and contributing to the region's recovering economy. We invite you to come to the Summit and see what's growing in Kansas City: BioResearch Central.