Illness and opportunity grow in China. 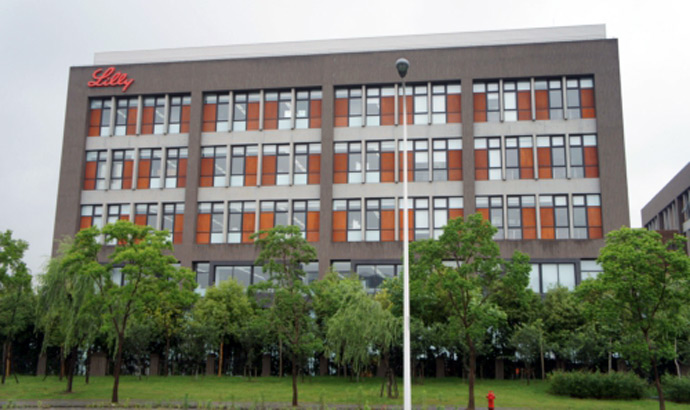 Eli Lilly and Co. opened this new R&D center in Shanghai in May, employing 150 in research devoted to diabetes.
Photos courtesy of Eli Lilly
by ADAM BRUNS
R 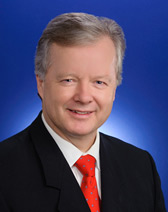 ising wages are among the factors on site selectors' radar when evaluating China's business climate. But rising health issues may prove to be criteria just as meaningful to location decision-making … in more ways than one.

The World Health Organization last August estimated that in the period from 2006 to 2015, China will lose US$558 billion in foregone national income due to heart disease, stroke and diabetes alone. Factoring in healthcare costs thus becomes a top-shelf topic for companies looking to grow in the People's Republic. But the same rising incidence of disease is an opportunity for the biopharma and medical device sector, and comes at the same time the sector already has been discovering the R&D prowess and opportunities resident in the still-churning nation of more than 1.3 billion people.

"Research is the heart of the business, the soul of the enterprise," Eli Lilly, grandson of Eli Lilly and Co. founder Col. Eli Lilly, has famously said. The company's physical manifestation of that concept has taken shape within what it calls its Innovation Ecosystem. On May 30 that ecosystem welcomed a new diabetes-focused R&D center in Shanghai, which employs some 150 scientists and staff hired primarily from China.

The goal of the Lilly China Research and Development Center (LCRDC) is to discover innovative diabetes medicines with novel mechanisms of action that can be tailored specifically for the Chinese population to delay the progression of the disease.

"Conquering a devastating disease like diabetes requires innovation, collaboration and investment. The establishment of the Lilly China Research and Development Center demonstrates we are serious about discovering and developing desperately needed breakthrough medicines for Chinese people with diabetes," said Jan M. Lundberg, Ph.D., executive vice president, science and technology, and president, Lilly Research Laboratories. "We will do this by looking at diabetes in new and different ways and through collaborations with local academic research centers and partners that enable us to link Lilly scientists with scientists in China."

A particular focus of the center is on how differences in the genetic makeup of Asian patients may play a role in diabetes development and progression. Lilly plans to eventually expand this area of study to all of Asia.

But it's not all genetics.

"Diabetes has reached epidemic proportions in China — there are more people in China with diabetes than in any other country in the world, with as many as three-quarters of them not having adequate control of their disease," said Bei Betty Zhang, vice president, China Research and site head and general manager, LCRDC. "The research community needs to better understand the genetic and environmental factors that underlie this epidemic so that we may discover medicines that address these factors."

According to the WHO, 347 million people worldwide have diabetes, up from 153 million in 1980. By 2030, the number of individuals with diabetes worldwide is expected to rise to 472 million, almost 80 percent of whom will be in low- and middle-income countries.

China's hybrid healthcare system continues to hold its own. According to July 2011 statistics in the CIA's World Factbook, China is 96th in the world in life expectancy at 74.84 years. The U.S. is 50th (78.49 years), while Hong Kong (82.12), Singapore, Macau and Japan are all in the top 10. Infant mortality has come way down, as life expectancy at birth has risen.

The country's healthcare expenditures in 2009 were 4.6 percent of its GDP, good for 148th in the world. The country's obesity rate in 2002 was 2.9 percent, one of the lowest among the 70 countries listed by the Factbook. But that takes into account the entire population. A report last year from the World Bank found that among those 15 and older, the number of those considered obese had grown from 18 million in 2005 to 100 million in 2009.

Lilly emphasized that the new center is part of a commitment to the Chinese people that started in 1918 with its first sales rep in Shanghai. Among the components of its Chinese ecosystem:

But the commitments don't stop there. On the same day that the LCRDC opened, Lilly and Covance announced a new agreement to establish a diabetes discovery partnership in China. Under this agreement, Covance's wholly-owned entity in China will provide the LCRDC with a range of services, including pharmacology studies, pharmacokinetic screening and other preclinical research to test and evaluate potential new diabetes medicines. The partnership in China is aligned with the global strategic alliance between Lilly and Covance, and will focus primarily on diabetes.

In the meantime, on June 12, Lilly announced an increase of its network of manufacturing capabilities in China through an expanded collaboration with Novast Laboratories, LTD. Novast, a generic and specialty pharmaceutical company based in Nantong, Jiangsu province, has established high-quality systems and manufacturing facilities for the global and domestic Chinese markets. Lilly expects its expanded collaboration with Novast to greatly enhance its efforts to build a portfolio of Lilly branded generic medicines in China. The collaboration may also ultimately result in Novast providing local and regional manufacturing capabilities for Lilly's own pipeline of potential new medicines in development.

As part of the agreement, Lilly will increase its equity position in Novast by $20 million. Lilly made an initial equity investment in Novast several years ago through the Lilly venture capital unit, Lilly Asian Ventures. Novast has committed to set up a platform to support Lilly branded generic products and increase the manufacturing capacity at its Nantong site over the next several years, with Lilly providing technical support to enhance quality standards. The additional capacity will support the collaboration, but will not be solely dedicated to Lilly products.

"In China, Lilly is building for the future by investing across our value chain," said Eric Baclet, president and general manager of Lilly China. "We have made significant investments in research and development, increased our commercial presence to better serve patients and healthcare providers, and expanded our manufacturing capabilities both at Lilly-owned sites and through partner companies such as Novast."