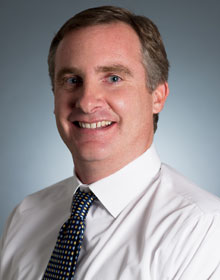 f all you know about Nebraska is that cattle is our biggest industry — we lead the nation in commercial red meat production — or if your knowledge relates only to the Huskers' chase for the college football championship every year, then you may be startled to learn that the bioscience industry is one of Nebraska's fastest growing industries. With the plans we have put into place in the past few years and our continued hard work, we believe that the bioscience industry in Nebraska is poised for significant growth.

One of Nebraska's biggest attractions for the bioscience industry is our stability. Nebraska has long enjoyed a collaborative political climate — the only state in the nation with a one-chamber, non-partisan state legislature. Partnerships between the universities, state government and industry are commonplace.

Additionally, our higher education system is strong. The University of Nebraska system comprises the flagship campus in Lincoln, campuses in Kearney and Omaha, and the medical school in Omaha. Also, Omaha's Creighton University is regularly ranked among the top Midwest regional universities, and its School of Medicine is home to many renowned researchers.

Moreover, other attractions make this state ideal for the bioscience industry. Our central location affords us excellent transportation access by Interstate and railroad. Our publicly owned power districts provide us with electricity at a cost that is among the lowest in the nation. Combine those factors with our reasonable cost of living, low housing costs, strong K-12 education system, a strong work ethic and a solid economy that withstood recent economic downturns better than most states, and you will see our state's bioscience industry has many reasons to be optimistic about the future.

While our facilities have always been strong — the Beadle Center at the University of Nebraska-Lincoln (UNL), for example, is a state-of-the-art life science research facility — we continue working hard to keep the momentum going.

Besides infrastructure, funding to encourage business innovation and expansion is starting to come together. Last year, our state approved a business incentive package that provides additional incentives to create internships, to invest in start-ups and emerging businesses, to develop industrial sites and to encourage innovation.

In addition to state incentives, other organizations have been developed over recent years to encourage investment. For example:

We recognize that infrastructure and funding work only when the partnerships and strategic direction are in place. To that end, leading Nebraskans created the Bio Nebraska Life Sciences Association in 2005. Our board member list reads like a who's who among state leaders: the president of our university system, assistant chancellors, the head of our state labor and economic development departments as well as Nebraska officers of companies such as Pfizer, Novozymes and Monsanto. The Bio Nebraska board is another example of how government, universities, industry leaders and other decision makers are at the same table to benefit our industry and our state.

How do these efforts come together? Here's one story:

Eight years ago, three university academics from Nebraska had an idea. They formed a company to work on their idea, using such things as drinking straws from a nearby convenience store for materials. Though it was a great idea, they needed money and know-how to bring a product to market.

With matchmaking help provided by NUtech Ventures, UNeMed and Nebraska Angels, their company was purchased by Omaha-based Streck, Inc. It was a great match. Founded in 1971, Streck manufactures hematology, chemistry and immunology products for the clinical laboratory and is recognized worldwide as a leader in cell stabilization. Just as important, Streck supports Nebraska innovation.

"Ideas that can be as viable as this one are now under development in our universities," said Streck President Connie Ryan. "I would like to see our state strengthen our ability to provide the funding and the entrepreneurial know-how to find the best ideas and bring them to the market."

That's exactly what her company did. Streck put two of the academics on staff and hired the third as a consultant. Their idea is now on the market — a new laboratory device called the Streck Philisa Thermal Cycler that speeds up the job of duplicating DNA. While this step typically takes an hour or two, Streck's new instrument takes only 15 minutes — a time savings critical to police investigators and to physicians needing a speedy diagnosis. A government agency bought the first one for about $10,000. A dozen others are being tried out by hospitals and other potential customers. The company's goal is to sell 50 in the next six months.

Poised for the Future

We've done the groundwork. Our economy is strong, our state is committed and our universities are growing.  We're now putting the package together.

We already have major billion-dollar companies working in Nebraska. Every day, we have cutting-edge, world-renowned research in life sciences taking place in our universities. And, we have small, emerging companies with incredible potential. The level of expertise in our state is staggering, and, as an industry, we are eagerly seeking out new opportunities. In sum, we are actively and resolutely growing the bioscience industry in Nebraska, and we realistically expect our growth will continue.

If you want a good steak, you won't find anything better than Nebraska beef. If you want to know which college football team will rack up the most wins next fall, you had better keep the Huskers at the top of your list. If you want to see a state where the combination of collaboration, hard work, perseverance and expertise are creating a dynamic bioscience industry, give me a call.  We're growing in Nebraska.