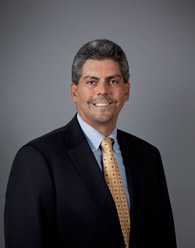 ow is the United States going to rein in health care costs, while still maintaining its competitive advantage in life science innovation? How are we going to provide adequate healthcare for seven billion — soon to be nine billion — people around the world?

There are several forces at work in our industry pulling in very different directions. Research and development funding has been waning in recent years. This has traditionally been the fuel for innovation and medical breakthroughs. Healthcare reform is being debated. The regulatory environment is extremely challenging, and capital formation may be at its most difficult level ever. Not to mention, human disease is no longer a domestic problem, it is a global challenge. Despite all of these headwinds, the potential for dramatic and disruptive innovation in the life sciences has never been so palpable.

Washington is no stranger to innovation. You have likely heard of companies such as Boeing, Microsoft, Starbucks, Costco, Nordstrom and even UPS, all formed here, and many of which remain in Washington.

The state's life science industry has also made significant contributions to the world's healthcare challenges through tremendous innovation over the past decades. For example:

But, what does the future hold for life sciences and healthcare in the United States?

Leroy Hood, president and co-founder of Seattle's Institute for Systems Biology (ISB) recently stated, "We will learn more about life sciences in the next decade than we have in the past 2,000 years, mainly because of information technology and our ability to analyze data."

P4, or Personalized Medicine, research and commercialization efforts are rampant in this area. In addition to ISB, UW and other leading research institutes, Microsoft, Oracle, Google and Amazon are focused on Health Care IT, as well as mobile and digital health solutions. Many of these companies are partnering with our leading research institutes, as well as with our Global Health community. And, dozens of start-up companies are forming every year to help address these challenges, and opportunities.

All new drugs, devices and diagnostics have always had to demonstrate at least comparable efficacy and safety to "standard of care." But we have entered an era where evidence about "effectiveness," including cost impacts, will be required in order to have any innovation considered. Comparative Effectiveness Research (CER) has emerged as the discipline that is central to the development of such evidence, and Seattle has become particularly strong in the field. For example, in 2010, when the NIH awarded 10 major grants focused on advancing CER, UW, FHCRC and Group Health's Research Institute received five of the 10, demonstrating another key area of Washington leadership in health care and life science innovation.

So what is the Washington Biotechnology & Biomedical Association (WBBA) doing with all of this kinetic energy that is occurring in our state? WBBA's Mission is to support and help grow Washington's life science industry — "Innovation to realization, supporting breakthrough discoveries leading to better health solutions."

We accomplish this by supporting our members with several strategic initiatives, including commercialization and capital formation; recruiting, retaining and developing the talent needed to grow our industry; and by providing strong advocacy at the state and federal level to ensure that our industry remains competitive globally.

We also convene discussions between our member organizations and facilitate conversations between them that help introduce like-minded experts from different disciplines, and ask them to help address some of the most challenging issues facing our industry. By bringing together the best minds and focusing on a single challenge or opportunity, big ideas are often formed in order to address big challenges. We believe many of these conversations will result in new concepts and collaborations that will lead to new ideas and technology.

The WBBA also sponsors the Pacific Northwest's largest life science conference: Life Science Innovation Northwest (LSINW). LSINW is focused on initiating collaboration between our members and other organizations from around the world. In 2011, hundreds of companies and research organizations from Washington, Oregon, Montana, Idaho and British Columbia attended. A thousand attendees from 15 countries and from the Pacific Northwest learned more about the focus of other organizations. Many of them began discussions that are leading to partnerships, investments and collaborations that may lead to the next revolutionary healthcare solution.

In 2012, LSINW will feature Jeff Raikes, president and CEO of the Bill and Melinda Gates Foundation, as the conference's keynote speaker. Mr. Raikes will discuss the opportunities for public and private partnerships, not only in the region, but around the world. Obviously, LSINW will be a springboard for many existing and yet-to-be-formed collaborations that may eventually lead to a cure for cancer or AIDS, or help our society extinguish our diabetes epidemic, or maybe solve our dependency on petroleum fuels.

Yes, these are lofty goals, but if there is any state or region in the world which has proved to be willing to change the world, it is Washington State.