In Haiti and elsewhere, CareLink finds reuse by those in need is one solution to asset disposition. 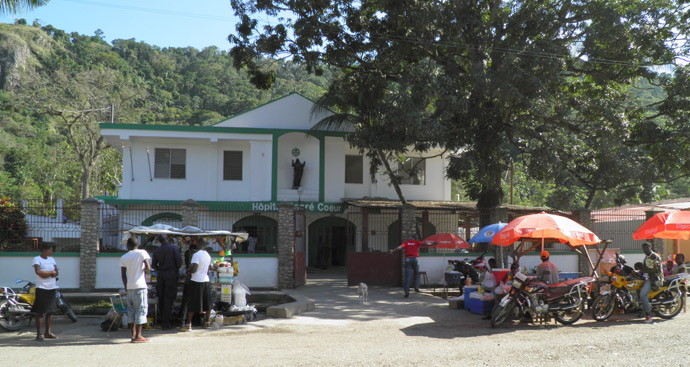 ormerly known as BremnerDuke, Duke Realty's healthcare division has developed more than $1 billion in healthcare facilities for hospitals and health systems nationwide. But it's the philanthropic work spun off from all those projects that is extending the firm's reach beyond the U.S.

Duke established the CareLink program in 2008 to help organizations in need of medical equipment procure it from healthcare organizations Duke works with who upgrade equipment during a move or expansion. To date, CareLink has facilitated the donation and delivery of valuable medical equipment supplies and/or technical assistance to Mexico, Honduras, the Philippines, Jamaica, Ghana, Guyana, Haiti and, most recently, in the village of Kager in western Kenya.

Now CareLink has taken the lead putting together a team of industry experts to provide pro bono infrastructure and planning advice for a $3.4-million expansion at "Under the operation of the CRUDEM Foundation for the past 26 years, Hôpital Sacré Coeur survived the earthquake, is humming with activity and saw more than 50,000 outpatient visits in 2011," said Duke in a release earlier this month. "CRUDEM asked CareLink for help with the much-needed expansion in 2010."

The CareLink team was able to engage the services of a team led by Rick Berger, senior director of site planning and design at BSA LifeStructures, a national healthcare architectural and engineering firm based in Chicago, to complete a survey of the existing property and its previously undocumented infrastructure. "The result is an up-to-date, 'as-is' condition assessment which has paved the way for a new master plan of the entire hospital campus, and coordinated strategy for constructing new buildings and making improvements to the existing facility," says Duke.

"There are challenges in developing countries just getting the economics, raw materials and skill sets together," says David Martin, a Duke Realty vice president and team leader of the CareLink program. "During the past 26 years, this hospital had various electrical and plumbing upgrades that were more or less patched together. The result was that they had no comprehensive understanding of what they had in a network. For them to get an as-is condition of their functioning, patched-together system is a major accomplishment. That alone will lead to an even better master plan for improvements to the hospital."

Plans call for an expansion to the existing outpatient clinic to 120 beds from 73 beds, a new women's center, a family shelter and facilities for patients' visiting relatives. Included in the master plan are significant improvements to the hospital's electrical, sanitation and water systems. In addition, construction of a new residence hall for volunteer team members has been donated. BSA LifeStructures is also evaluating alternative energy sources to power the facility in sustainable ways, such as using solid waste to create energy.

"Just adding a generator to the clinic — so they can have a freezer or refrigerator where they can keep live vaccines to combat diseases that cause blindness, for example — makes all the difference in the world," says Martin in the Duke announcement. In addition, improvements to the municipal infrastructure will make significant inroads, beginning with water.

"The challenging water situation in the areas CareLink serves is a universal issue," says Martin. "We take for granted that we have sanitary sewers. In most areas of the United States, we don't have untreated human waste being discarded directly into drinking water supplies. Where that occurs, the drinking water is almost always properly treated before being consumed. If you have a bad water well and 5,000 people are coming to it – and 1,000 of those people's hands have been around disease, dealing with a family member who is sick – you end up with a chronic, perpetual, constantly compounding situation. Our team is in a position to help solve these problems through innovative means and, in the process, saving countless lives."

Team visits and assessments are currently under way in Milot, with construction slated to begin sometime in 2013. 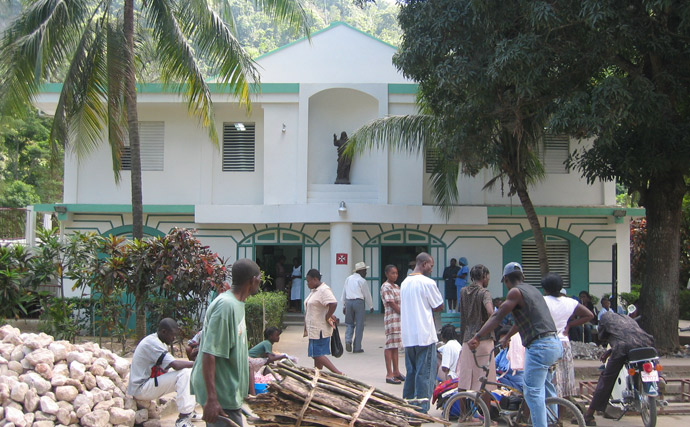 In addition to direct healthcare facilities and equipment, the CareLink/BSA LifeStructures team is also helping improve basic water and wastewater infrastructure in the hospital’s environs.