Monsanto aims to optimize its R&D
on a site where Pfizer once planned to do the same. 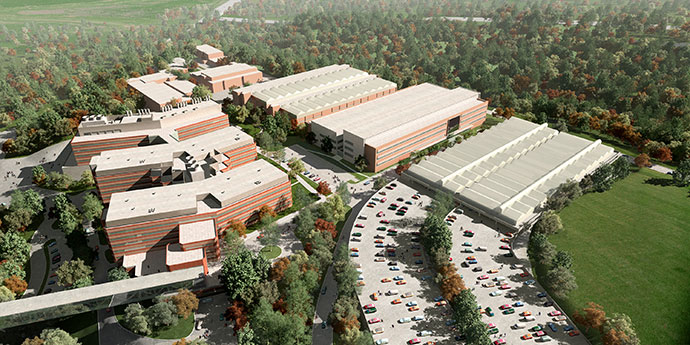 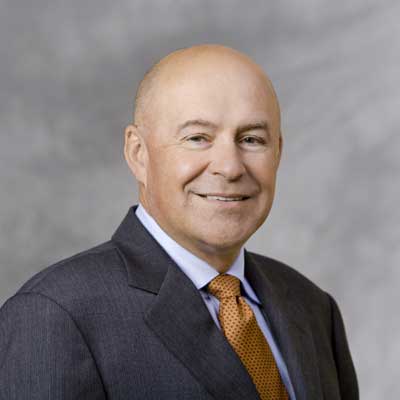 onsanto Co. on April 23 announced plans to bring together its St. Louis-based R&D team on one campus when it completes a more than $400-million expansion at its Chesterfield Village Research Center. The company plans to begin work this summer and expects to add 675 jobs across St. Louis County over the next three years.

Monsanto plans to add 36 new greenhouses, additional offices and laboratory space as well as additional plant growth chambers to facilitate development of its seed and trait pipeline. Greenhouses and plant growth chambers, which can be programmed to represent any climate around the world, are a critical component of Monsanto's research work as they offer Monsanto scientists an opportunity to observe and select only the best performing seeds for in-ground testing.

"Our Chesterfield Village Research Center is already a world-class facility, and with our planned new investment, will truly be a home worthy of what I believe is the most innovative team in agriculture," said Robb Fraley, Ph.D., Monsanto's chief technology officer. "Monsanto has pledged to help those in agriculture find new ways to produce more while using less of our globe's resources."

Monsanto's proposed expansion will enable greater collaboration between researchers, as they work to develop new systems of technologies to make agriculture more productive and more sustainable.

Monsanto currently has approximately 1,000 employees at its Chesterfield site, which could have the capacity to house 2,000 local technology employees once the project is complete. Today, the site comprises 1.5 million sq. ft. and includes approximately 250 laboratories, 122 plant growth chambers and two acres of greenhouses. In addition to the new office and research space, the company plans to add a new cafeteria for employees, a conference center and a parking structure. The expansion is being made possible with the support of the State of Missouri and St. Louis County.

Monsanto completed the purchase of the Chesterfield site from Pfizer in April 2010. According to numbers cited then, the number of labs is still the same today, but the company has added four plant growth chambers in the past two years. In 2010 Monsanto said the site will play a key role in supporting its robust R&D pipeline and its goal of doubling yields in its core crops by 2030.

"In Missouri, we take great pride in our state's status as a leader in the biotechnology industry, and Monsanto's $400-million expansion in St. Louis will accelerate our state's continued growth in this area," said Missouri Gov. Jay Nixon last week. 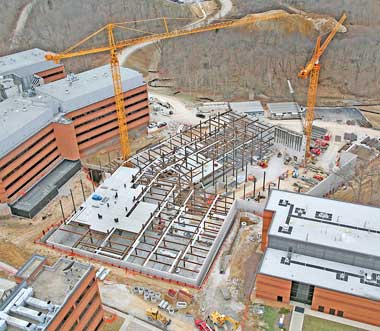 "Missouri is an essential part of agriculture's biotech corridor. It is here, alongside where our farmers live and work, that we at Monsanto analyze the problems and challenges they face everyday putting food on the world's table. After careful analysis, we have determined that new construction as an expansion of our Chesterfield location is the most cost-effective way to ensure state-of-the-art research facilities for our employees and foster an environment of continued innovation. Monsanto believes in investing in the future through our R&D pipelines and new platforms. This expansion at the Chesterfield Village Research Center is essential to that commitment by providing space so all of our research and development teams may work together within one facility."

Monsanto's commercial and corporate teams will continue to occupy the company's Creve Coeur campus, which also currently houses lab spaces. Once employees are transferred to Chesterfield, those lab spaces may be converted to other uses, Fraley said.

Construction on the LEED-certified complex is expected to be completed in 2017, and teams will begin moving to the Chesterfield site in phases beginning at that time.

Jim Alexander, vice president, global client solutions for the St. Louis Regional Chamber, was with Gov. Nixon when the Monsanto announcement was made at the BIO conference last week in Chicago. Alexander knows the company well: His wife Sharon is a Monsanto employee whose lab made the move to Chesterfield from Creve Coeur in 2011. He also notes that Monsanto already was operating greenhouses and plant growth chambers on the site while it still belonged to Pfizer.

"A big part of this investment is due to a new strategy on the part of Monsanto," he says, with more focus on biotech-based products. The plan to expand has been in the works for years, and was a prime motivator for acquiring the Pfizer site in the first place. But while the plan has been in place for a while, Alexander's colleagues at the St. Louis County Economic Council, the City of Chesterfield and the Missouri Dept. of Economic Development engaged in negotiations with the company on this particular investment only as recently as February. He praises the "incredible partnership" that was able to put together the project's $53-million incentive package in two months.

Some places might have to scramble to accommodate some of the traffic and amenity side effects of the coming work force growth at the site. But Chesterfield Village is well placed and well accommodated. Not only is it right off I-64, says Alexander, but the large circular route of Chesterfield Parkway allows multiple points of access, whether one is trying to reach Chesterfield Mall, the new Monsanto campus or the site of another Fortune 500 firm, Reinsurance Group of America, which last year announced it would construct a new corporate headquarters just around the corner from Monsanto.

"This will not be stretching the infrastructure," says Alexander, giving due credit to developer Sachs Properties, which still has plenty of acreage for future growth. "This is exactly what was planned."

Even the best laid plans can change: Just ask Pfizer. But with Monsanto and St. Louis there is a long-term confluence of circumstances that has resulted in a global plant science corporation choosing to stay and thrive in an area whose plant science and biotech skills base is only getting stronger.

"The St. Louis region is very grateful," says Alexander, "to have a world-class technology leader like Monsanto call us home."