The New York company is growing on both sides of the pond.

ven as New York's largest biotech company keeps reinvesting at two locations in its native New York, it's also looking abroad to the Emerald Isle. And it's planning to reignite a once-hot Dell manufacturing site in the process.

Last November, New York Gov. Andrew Cuomo announced Regeneron's plans to invest nearly $70 million to expand its manufacturing capacity in Rensselaer, N.Y., and create 300 new jobs in the Capital Region. Then, in April, the company said it would expand its Tarrytown corporate headquarters and laboratories in Westchester County and create more than 400 new high-skilled jobs.

"Our recently approved drugs and our robust development pipeline have transformed Regeneron into one of the largest and fastest-growing biopharmaceutical companies in the United States," said Leonard S. Schleifer , M.D., Ph.D., president and CEO, in April. "Regeneron has been based in New York since we began 25 years ago, and we are grateful to Gov. Cuomo and New York State for financial support that helps us to continue to expand and create jobs in New York."

According to the state, the company had also considered expanding outside New York before the State stepped in with $8.5 million in tax credits through the Excelsior Jobs Program and the Town of Mount Pleasant Industrial Development Agency offered additional incentives. Construction of the new buildings is anticipated to begin in late 2013 and to be completed in late 2015.

The project will add two new buildings with 300,000 sq. ft. of laboratory and office space to the Regeneron complex at the Landmark at Eastview in the Town of Mount Pleasant in Westchester County. Currently, Regeneron occupies approximately 590,000 sq. ft. of space at the site and will occupy another 85,000 sq. ft. of additional space there later this year. The expansion will enable the company to continue to accommodate the rapid growth it has experienced over the last six years - from 682 employees in 2007 to 2,000 today, including more than 1,300 employees in Tarrytown and nearly 600 at its industrial operations and product supply facility in Rensselaer.

The Rensselaer project involves the construction of two facilities at Regeneron's East Greenbush location - a new 65,000-sq.-ft. building at 81 Columbia Turnpike that will add manufacturing capacity for Regeneron products for clinical trials and potential commercial sale, and an expansion of the company's facility at One CSC Way. The new project caps a period of rapid growth for Regeneron in East Greenbush. Empire State Development will assist the company in Rensselaer with $6.7 million in Excelsior Jobs Program tax credits.

With the Rensselaer and Tarrytown expansions, the company is slated to create more than 700 new jobs in New York State and invest approximately $170 million in capital expansion in New York over the next few years.

But when you're the world's No. 1 biopharmaceutical employer (according to Science Magazine in 2012), the world awaits.

Now the company is in final negotiations to bring new life to a former Dell complex in Ireland, and the timing is nearly as good for that region as it is for the company. 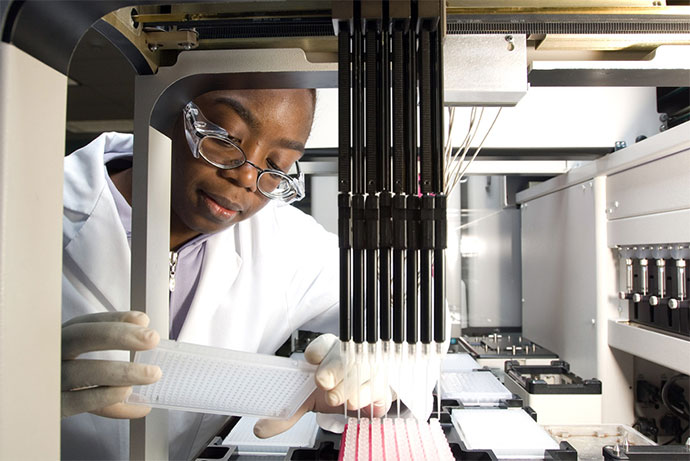 Regeneron has grown from 682 employees in 2007 to 2,000 as of earlier this year, including more than 1,300 employees in Tarrytown, N.Y., and nearly 600 at its industrial operations and product supply facility in Rensselaer. Another 700 jobs are on the way over the next few years.

"Regeneron has a preliminary agreement with Dell to acquire a 400,000 sq. ft. manufacturing and distribution facility owned by Dell in Limerick, Ireland," said an official statement from Regeneron emailed to Site Selection this week, referencing a site in Raheen, County Limerick. "Subject to definitive agreements and permitting, Regeneron intends to renovate the facility and install new equipment for biopharmaceutical production and product supply operations. When operational, Limerick will become a second industrial operations (production) site for Regeneron. The primary industrial operations site will remain in Rensselaer, New York."

"We are also currently expanding our production capacity in Rensselaer by approximately 50 percent by building a new production suite that will house two 10,000-liter bioreactors," the statement continued. "It is premature to estimate which products and product candidates we will produce in Limerick or the number of jobs that Regeneron may create there. We expect a slow build there in personnel."

According to the statement, the company needs more production capacity to support anticipated commercialization of antibody drug candidates now in late-stage clinical trials and to support clinical requirements for the growing number of early-stage molecules in the Regeneron pipeline. "The expansions are not specifically to increase production capacity for EYLEA® (aflibercept) Injection, the drug we market in the U.S. for wet age-related macular degeneration and central retinal vein occlusion," said the statement.

Dell famously closed the Limerick plant in January 2009, letting to some 1,900 employees and moving computer production to Poland. It originally invested in Ireland in the last years of last century, part of massive investments in multiple global locations, as chronicled in Site Selection's May 2000 cover story "Inside Dell's Clicks-and-Mortar Machine."

A filing this summer with the US Securities and Exchange Commission says Regeneron anticipates investing between $225 million and $300 million through 2014 on its activities in the two New York locations and the Limerick location, as well as for new equipment.

Part of the Plan

Two developments in Limerick bode well for the business climate Regeneron will find as it arrives.

In early July, the Limerick Chamber welcomed the announcement of 40 million (US$ million) in funding to support world-class research at the Synthesis & Solid State Pharmaceutical Centre (SSPC) based at University of Limerick - a unique collaboration between 17 companies 8 academic institutions that will position the region and Ireland as a global hub for pharmaceutical process innovation and advanced manufacturing.

Speaking at the announcement, Limerick Chamber CEO Maria Kelly said it will "build on existing success and can be the foundation of a strong cluster potential for the Limerick and Mid West area. It aligns with the recent Limerick 2030 draft Economic and Spatial Plan and will allow Ireland to become an even more attractive and competitive international location for the pharmaceutical sector."

The Irish pharmaceutical industry supports over 60,000 Irish jobs and exports over 50 billion annually.

That 250-million ($-million) plan - 'Limerick 2030 - An Economic and Spatial Plan for Limerick' - is also of recent vintage. The city and county councils say it has the potential to deliver 5,000 new jobs and sets out a number of objectives which will considerably change the infrastructure of the city centre and deliver a whole new vision for Limerick as a leading centre for commercial investment.

Speaking at the launch, Limerick City and County Councils Manager/CEO Conn Murray described Limerick 2030 as "a once-in-a-generation plan to guide the economic, social and physical renaissance of Limerick city center, the wider county and Mid-West region. The plan will allow us to work together to bring much needed investment to Limerick, to revitalize the city center and to project a positive image giving confidence to investors, businesses and the local community. It is by design a flexible, dynamic framework capable of responding to changing circumstances and providing, perhaps for the first time, a holistic perspective on Limerick's future. And it's timely, as we move towards the full merger of Limerick City and County Councils in 2014,"

Merger is nothing new in those parts. In addition to the launch of the Limerick 2030 plan, a Charter of Convergence and Cohesion was also signed this summer by the heads of the principal agencies in the Mid-West region. "This Charter, which in many ways is reminiscent of the original Charter of Limerick signed in 1197, sets out a series of commitments which at the center contains a resolution to working in a collaborative way for the benefit of Limerick," said the announcement.

The economic and spatial plan is part of a wider and more ambitious 750-million Limerick Project to deliver improved economic infrastructure including new third-level (higher) educational facilities, new Port facilities along the Shannon Estuary, and new infrastructure at Shannon International Airport over the next two decades.

Among other investments recently welcomed in the area has been a 142-job expansion by CPL Industries in Foynes, where the solid-fuel supplier announced in June it aims to develop a bio-fuel plant. In March Worldwide Tech Services announced it's establishing its European Headquarters in Limerick City Centre at Riverpoint, with an initial head count of 62 new jobs. And Vistakon Ireland, a Johnson & Johnson company, recently announced the addition of 100 production jobs as it plans to invest over 100 million in the expansion of its manufacturing operations at its site in the National Technology Park, Plassey, Limerick.

Established in Limerick in 1996, Vistakon designs, manufactures and markets the ACUVUE® range of soft disposable contact lenses. It is one of several Johnson & Johnson companies operating in Ireland, employing a total of 1,900 people. 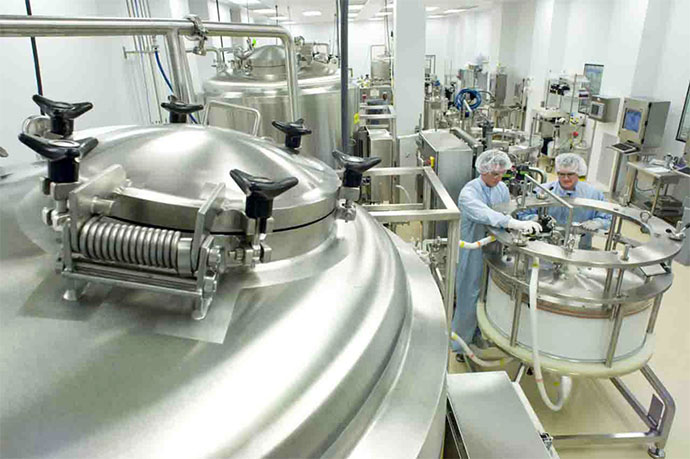 A biologics manufacturing environment like this could soon be making its debut in the former Dell complex in Raheen, County Limerick, Ireland.