li Lilly and Co. announced in November it will invest more than $700 million to enhance its global insulin manufacturing capacity in Puerto Rico, France and China, as well as in Indianapolis, home to Lilly's global headquarters. The news raises Lilly's manufacturing commitment in the past year to more than $1 billion in planned investments in response to the growing diabetes epidemic and increasing demand for insulin around the world. Nearly half of the $1 billion investment will improve Indianapolis sites, where Lilly has been manufacturing insulin since it introduced the first commercially available insulin product in 1923.

The new manufacturing investments will support both existing and future insulin-based medicines and are as follows:

The commitment to expand insulin production in China is the latest in a series of diabetes-related investments in this part of the world, such as the opening of the Lilly China Research and Development Center in Shanghai last year. According to the International Diabetes Federation, there are almost 100 million people in China with diabetes, with as many as three-quarters of them not having adequate control of their disease.

Eli Lilly CEO John Lechleiter will be among the speakers on January 22, 2014 as U.S. News & World Report and Pharmaceutical Research and Manufacturers of America (PhRMA) jointly present STEM Saves Lives, a half-day forum about building a 21st century work force educated in science, technology, engineering and math (STEM) to maintain global competitiveness in biomedical research and deliver medical advances to patients. The graphic below from PhRMA illustrates why STEM not only saves lives but improves the lives of those engaged in it. 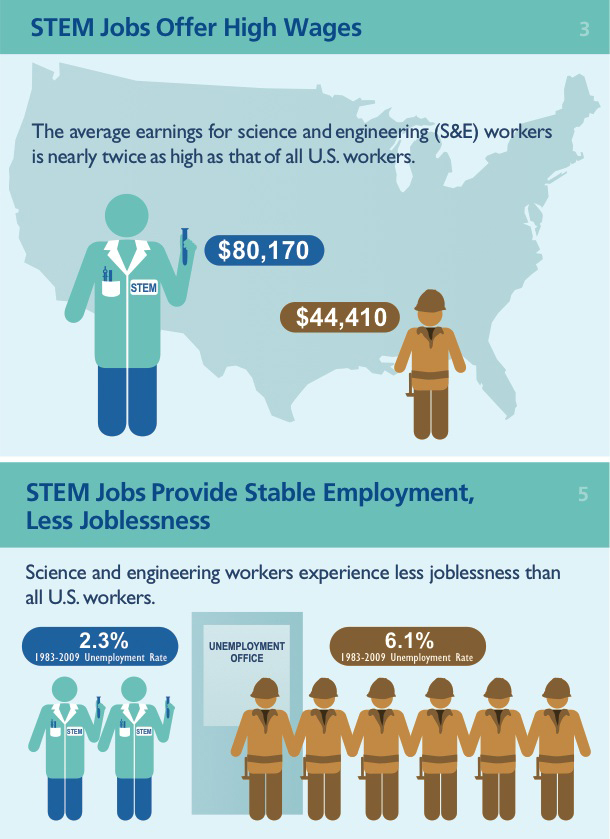 The leadership of PhRMA had this to say about the Dec. 5 passage of the Innovation Act by the US House of Representatives. 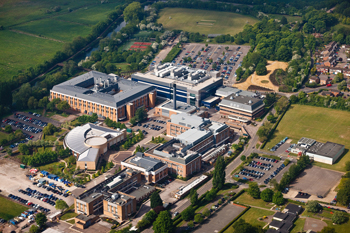 This site in Ware, UK, is GSK’s preferred but not yet finalized location for a new manufacturing innovation center.
Photo courtesy of GSK

On Dec. 11, GSK announced a series of investments totaling approximately £200 million which will support the delivery of the company’s pipeline of new medicines and create a center for pharmaceutical manufacturing innovation in the UK. Manufacturing sites in Ware, Hertfordshire and Worthing, Sussex, will be upgraded with new state-of-the-art equipment. Although subject to further decisions, GSK’s preferred site for the location of the new centre is Ware, Hertfordshire where the company already has manufacturing and R&D facilities in one location.

The investment is on top of the £500 million GSK announced in March last year which included a commitment to build a new factory in Ulverston, Cumbria.

GSK in late October announced it has formed a new collaboration with the São Paulo Research Foundation (FAPESP) to create a new Centre of Excellence for Sustainable Chemistry in Brazil.

“This will be an important enabler towards our goal of reducing the environmental impact of both the discovery and subsequent manufacturing of drugs to help us meet our target of being carbon neutral by 2050,” said Rogerio Ribeiro, Senior Vice President, Emerging Markets & Asia Pacific, GSK. GSK is already supporting a Centre of Excellence for Sustainable Chemistry in the UK based at The University of Nottingham. Once the new center in São Paulo is established, it will form scientific links with GSK and The University of Nottingham to facilitate the sharing of knowledge and expertise between Brazilian and UK researchers.”

AstraZeneca on Dec. 19 announced an agreement under which AstraZeneca will acquire the entirety of Bristol-Myers Squibb’s interests in the companies’ diabetes alliance for an initial consideration of $2.7 billion on completion and up to $1.4 billion in regulatory, launch and sales-related payments. Subject to local consultation and legislation, approximately 4,100 Bristol-Myers Squibb employees dedicated to the diabetes business, including those at Amylin, will eventually transition to AstraZeneca.

Site Selection readers have seen how strong Florida’s presence historically has been at the MEDICA trade show in Germany. Earlier this month, Enterprise Florida (EFI) President & CEO Gray Swoope announced results from the most successful MEDICA trip to date, in November. EFI hosted the Florida pavilion at MEDICA 2013, showcasing 26 small and mid-sized companies and organizations. Exhibitors reported $158,785,500 in total projected sales as a result of attending the show. In addition to record company sales, EFI representatives met with more than 60 foreign companies interested in doing business in Florida.

Reaching more than $158 million in total projected sales is something these companies should be very proud of and I congratulate each of them. Florida companies are creating cutting-edge products and shows like MEDICA allow us to showcase what makes Florida’s growing life sciences cluster one of the best in the world,” said Swoope. “Florida has nine of the best hospitals in the country, it ranks second for FDA registered medical device manufacturing facilities, and we’re home to some of the best research technology available.“

On Dec. 9, Louisiana Gov. Bobby Jindal joined officials from Louisiana State University (LSU) and Our Lady of the Lake Regional Medical Center (OLOL) to mark the opening of the new LSU Health Medical Education and Innovation Center on OLOL’s main hospital campus. OLOL is the clinical site for LSU’s Baton Rouge-based physician training and graduate medical education programs. The new center includes a Simulation and Innovation Center, which will allow medical students to practice surgery procedures and other medical care services with high-tech mannequins and simulators. Additionally, the building has technology capabilities that allow operating room procedures to be live-streamed into classrooms. Students and faculty in Baton Rouge will also be able to video-conference with classes at LSU’s medical school in New Orleans. This new technology will make the area a regional destination for physician training, medical care and research, and will help to recruit top physicians and specialists to OLOL.

The Governor said that as a result of the partnership, and the ability to train students at OLOL, LSU’s medical education programs are improving. Between 165 and 190 medical residents and students are training at the OLOL campus each month. Prior to the transition, this number was approximately 77 per month.  This number is expected to grow to nearly 315 during the 2013-14 academic year, which includes 40 LSU medical students who were recently approved by the Liaison Committee on Medical Education to complete their third and fourth years in Baton Rouge.

The TxCell manufacturing facility, located at the French National Blood Center of Bourgogne Franche-Comté region, will now be able to produce pharmaceutical-grade batches of Ovasave for the next phase IIb study, planned to start mid-2014. The company has 38 employees based at its headquarters at Sophia Antipolis technology park in Nice, France, and at its manufacturing site in Besançon.

“This manufacturing accreditation from ANSM is a key milestone in the planned future development and growth of TxCell,” said Damian Marron, CEO. “This is essential for scaling up manufacturing of TxCell’s lead product Ovasave for our forthcoming Phase IIb in refractory Crohn’s Disease. This in turn allows us to accelerate the development of all our innovative, personalized cell-based immunotherapies. These therapies target niche and orphan indications for which there are few or no treatment options and a high unmet medical need. There are currently 160,000 such patients per year in Europe and in the US for Crohn’s Disease alone.”

"We are pleased to have the state of Texas as an investor in our company and vision," Minimus Spine founder and CEO David Hooper Ph.D said. "This funding will enable us to build upon the successes we have had this year, support our first clinical work in Europe and pave the way for future growth. Austin has a strong entrepreneurial culture and is home to a number of successful spine companies. There is a great deal of local talent. We look forward to growing the business in Austin, but most importantly, improving the lives of patients with our innovative approach to ozone as a therapeutic modality."

The TETF is a $200 million initiative created by the Texas Legislature in 2005 at the governor's request, and reauthorized in 2007, 2009, 2011 and 2013. To date, the TETF has allocated more than $202 million in funds to 142 early-stage companies, and over $220 million in grant matching and research superiority funds to Texas universities. Additionally, says the governor’s office, since the inception of the TETF, more than $1.6 billion in additional investment from other non-state sources has followed on to the TETF investment, more than quadrupling the amount invested by the TETF.