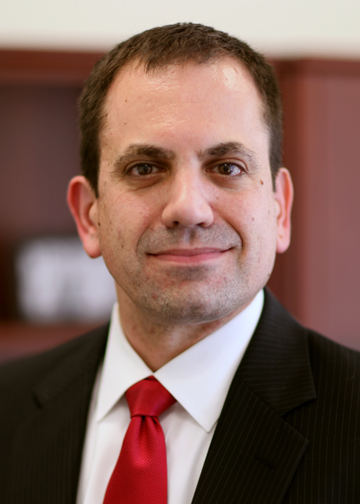 "Collaboration among partners in the entire medical innovation ecosystem is critical to help advance scientific understanding of some of the most complex diseases facing patients. Federal research institutions, academia, biopharmaceutical companies and patient communities all play an important role in furthering research, particularly in the neurological field.

"In order to conquer devastating and costly conditions such as Alzheimer's disease, we must foster this scientific ecosystem and work to overcome these challenges by putting the pieces of the research puzzle together. Importantly, a recent PhRMA report highlighted the fact that biopharmaceutical companies are currently researching and developing more than 5,000 medicines, including more than 600 medicines for neurological diseases. The report also found that 84 percent of neurological medicines in the pipeline are potential first-in-class treatments that can help patients with serious unmet medical needs.

"The biopharmaceutical industry is eager and proud to be part of the solution to help meet some of the greatest health care challenges before us today and tomorrow," said Bennett. "Public policies at all levels of government have a tremendous impact on how successful all of us are in reaching new medical innovation milestones. For this reason, a consistent public policy framework is needed to provide an environment that is conducive to advance biopharmaceutical research and discovery."

Technical majors — particularly those in engineering — dominated the list of top-paying majors in 2012, according to National Association of Colleges and Employers' January 2013 Salary Survey. At an average starting salary of $70,400, computer engineering was No. 1, and chemical engineering, at $66,400, placed second). Health sciences majors had an average salary of $49,196, mainly because the average salary of nursing majors increased by 3.8 percent to $52,200. But nearly 50,000 biological sciences/life sciences majors entered the educational services sector with starting salaries that average $38,700.

Last week saw the announcement of the inaugural Breakthrough Prize in Life Sciences with 11 awards of $3 million each going to leading scientists and researchers. Founding sponsors of the Breakthrough Prize include Sergey Brin and Anne Wojcicki, Mark Zuckerberg and Priscilla Chan, and Yuri Milner, who collectively have agreed to establish 5 annual prizes, US$3 million each, going forward. Watch for more on this prize in the March issue of Site Selection. 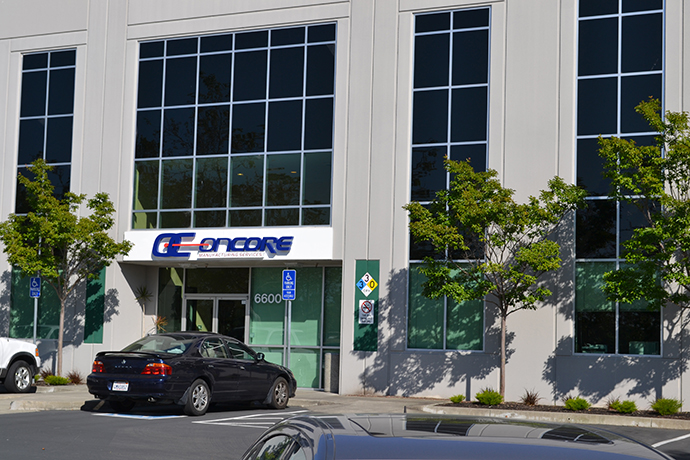 "The state-of-the-art COE facility provides Oraya with our own IP-secure assembly area that's cleanroom-ready, which when coupled with OnCore's product transfer process helps us meet our time-to-market date," said Jim Taylor, CEO of Oraya Therapeutics. Taylor also said, "We have found OnCore very flexible in meeting Oraya's changing requirements. This is one of the many attributes we are look for in a partner."

Venture capitalists invested $26.5 billion in 3,698 deals in 2012, a decrease of 10 percent in dollars and a 6 percent decline in deals over the prior year, according to the MoneyTree Report by PricewaterhouseCoopers LLP and the National Venture Capital Association (NVCA), based on data from Thomson Reuters, released in January. Double-digit decreases in investment dollars across most industries, specifically the traditionally capital-intensive Clean Technology and Life Sciences sectors, offset the increases seen in the Software sector in 2012, said a release from the NCVA.

"We continue to see the impact of public policy on venture capital investment levels in very specific ways," said Mark Heesen, president of NVCA. "Life sciences investment was suppressed for much of the year, particularly with first-time fundings, due in part to the impact of the regulatory and reimbursement environments, while clean tech investors began moving towards more capital efficient deals less dependent on government support."

Biotechnology investment dollars declined 15 percent with volume flat in 2012 to $4.1 billion going into 466 deals, placing it as the second largest investment sector for the year in terms of dollars and deals. The Medical Device industry fell 13 percent in dollars and 15 percent in deals in 2012, finishing the year with $2.4 billion going into 313 deals. The Life Sciences sector (Biotech and Medical Devices combined) accounted for 25 percent of all venture capital dollars invested in 2012 compared to 26 percent in 2011.

DSM Pharmaceuticals, Inc. last week was named Industry of the Year for 2012-2013 by thePitt County Development Commission in North Carolina. The company also won the award in 2007. DSM's 1.5-million-sq.-ft. (139,350-sq.-m.) facility in Greenville is located in 29 buildings on a 640-acre (259-hectare) site. The site's engineering and operational capabilities make it one of the world's leading facilities for the manufacture of aseptic liquid fill and lyophilized products and oral dosage forms, along with related services. DSM has invested over $160 million at the site since 2001, and in 2012 added 139 positions in Greenville. The award also takes into account the company's focus on employees and the community, including training opportunities through East Carolina University, Pitt Community College and other training delivery organizations. "The commitment of our talented employees and contractors to service is testimony to the power of operating a business in Pitt County, North Carolina," said Carson Sublett, DSM vice president, operations and site manager. 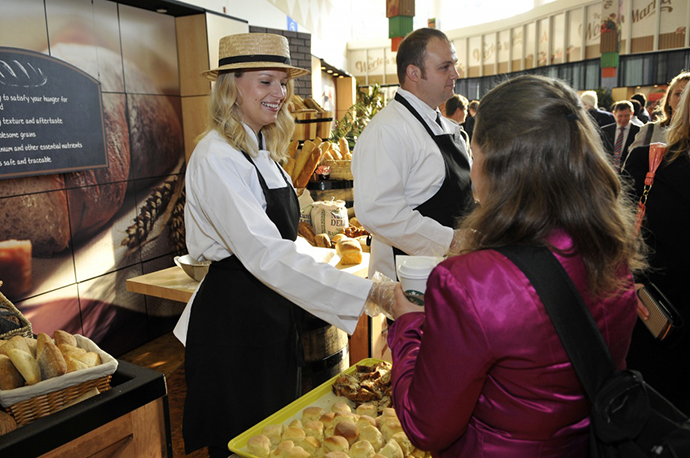 Nearly 3,000 delegates experienced the sights and smells of a world market at the 2012 Alltech International Symposium.
Photo courtesy of Alltech

Could thriving agriculture be one key to the coming life sciences economy? This article in The Wall Street Journal explains why the answer could be "yes." The 29th Annual Alltech International Symposium in Lexington, Ky., USA, from May 19-22, will also offer insights into the future of agribusiness. In a recently published International Food and Agribusiness Management Review article, interviews with 25 agribusiness experts identified seven key barriers that may impede the world's ability to feed nine billion people by 2050. The challenges and opportunities were organized under the acronym GLIMPSE: Government, Losses in the food and ingredient supply chains, Infrastructure, Markets, Politics and policies, Science and innovation, and the Environment.

Alltech says GLIMPSE's findings will be a centerpiece of Symposium plenary session discussions, which will also review the state of play in the global feed industry. In the meantime, there's new information revealed in Alltech's 2013 Global Feed Tonnage Survey that may point to Africa as the next frontier.

Tentative Signs of a Recovery: The 2013 Construction Industry Hiring and Business Outlook is the title of a report issued in January by the Associated General Contractors of America based on a survey the AGC conducted with Computer Guidance Corp. Among its findings was a paradox: While rising healthcare costs are contributing to a tough operating climate for contractors, those same contractors "are most optimistic about the outlook for hospital and higher education construction, with 36 percent of firms predicting the amount of money spent on those projects will grow in 2013." The survey also found that more firms plan to hire in Maryland than in any other state. 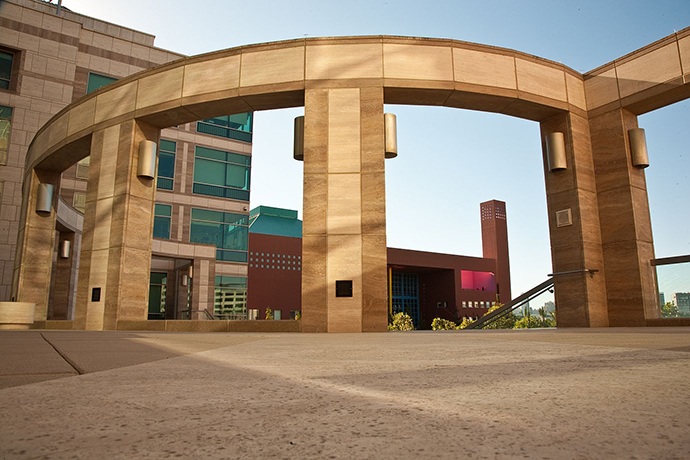 The courtyard at Genentech Hall on the Mission Bay campus of UCSF in San Francisco, Calif.
Photo courtesy of UCSF

You may recall Site Selection's highlighting of UCSF Mission Bay in our July 2012 coverage of universities and economic development. This January release from UCSF does a great job filling you in on the site's history and future.

The Health Research Institute of PricewaterhouseCoopers features a handy rundown with graphics of the Top 10 health industry issues in 2013, including the medical technology excise tax.