The True Cost of Low Cost

The world is full of low-cost locations, but the specific requirements of life sciences facilities more often favor the higher needs of the business.
By DON VAN DYKE
G 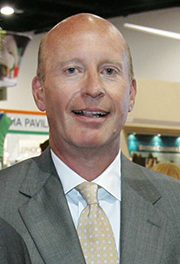 Don Van Dyke is the founder and CEO of Altograph, a Raleigh, N.C.-based business development consultancy.

lobalization has brought about enormous opportunities for businesses to become more competitive by reaching new work forces and new markets. The practice of moving production and even R&D to low-cost environments is no longer new and is fairly common. When compared with established industrialized locations, the cost benefits in emerging locations are alluring and can help to add competitive advantage in price-sensitive markets as well as adding quickly to bottom-line margins.

Traditional wage structures such as those found in the U.S., particularly in unionized manufacturing environments, are in some cases many times higher than lower-cost locations. Such a steep gradient did not exist in the past, primarily due to a scarcity of skilled work force in low-cost environments that is no longer the case today. More commoditized products benefit from the incremental market share that low cost can bring. Specialty products in less competitive markets can bring cost savings directly to the bottom line, increasing ROI and shareholder value. And, for at least the last decade, that has appeared to be the whole story: Find the lowest cost location and aggressively bring down your cost structure.

But what is the true cost of low cost? Increasingly firms are finding that the “cost” of low cost may be a great deal higher than it first appears. Here is an example:

In the U.S. nearly all of us are familiar with dialing a seemingly local toll-free number for technical support only to be connected with a person in another country who does not speak English as a first language. That communication can be quite frustrating to a user who was already frustrated with the product before calling for help in the first place. Clearly, the company intends to save money by offshoring technical support, but the longer-term “cost” can be a loss of repeat business and less-than-glowing references to potential new users. In this day of online reviews, that is important. Recognizing this, firms such as Vizio tout that their U.S. technical support phone staff are located in the U.S. They must see an additional cost associated with an ostensibly lower cost that would not appear immediately on an income statement.

In health and life sciences — a sector that tends to be on the opposite end of the value spectrum from commoditized businesses — the true costs of low cost can be considerable; chiefly because of the high-tech, high-touch, high-quality requirements for the products in these technologies.

From a high-tech perspective, protecting intellectual property (IP) can prove a difficult challenge. The same training and technology transfer required to set up production or R&D with licensees in a low-cost location effectively moves control of the IP to the new location. This new “outside the firewall” location may be vulnerable to exploitation and compromise the security of the IP. Depending on the legal environment of the location, enforcing the licensee’s obligation to confidentiality can be tough. Founding a corporate-owned entity, as opposed to using licensees in the location, can better protect against IP hazards, but brings new expense burdens. Organizational expense as well as ongoing expenses in banking, auditing, employee HR administration and other fixed costs all work to lessen the benefit of a low-cost work force.

Founding a corporate-owned entity, as opposed to using licensees in the location, can better protect against IP hazards, but brings new expense burdens.

Add to this the fact that manager visits from headquarters incur significant expenses, not the least of which is productivity loss for the managers themselves. This combination of inefficiencies led Art Pappas of Pappas Ventures, while speaking at a globalization conference, to suggest that many businesses are better off incurring higher costs in the U.S. than trying to chase low costs without carefully considering the downside.

When Not To Go Viral

Health and life sciences products are also high-touch. For example, to produce new pharmaceutical biomolecules, the required manufacturing processes can be very hard to master and control. Stakes are high since a single lost batch can cost a company a million dollars or more. These risks are not just restricted to far-flung locations. Beginning in 2009, Genzyme had some very well-documented problems with mammalian cell culture production in the U.S. and Belgium that persisted at least through the end of 2011. Viral contamination of their reactors with Vesivirus 2117, which does not cause human infections, but impairs growth of the biologics-producing Chinese hamster ovary (CHO) cells, was causing the drug concentrations to fall, making the batches useless. Strict process and procedure controls were part of the solution to this problem.

When another U.S. biotech firm put similar manufacturing processes into a new location in Denmark they came upon an unexpected problem in ensuring that their highly specialized procedures were properly implemented. Because most people in Denmark speak English, the original plan was to use the same documents in the new facility as in the U.S. However, despite the fact that English is taught in all Danish schools from fourth to 10th grade, the company discovered that their technical processes and procedures needed to be translated into Danish anyway. When it came to the precision required and the need for 100-percent compliance with the processes, they could not afford to lose anything in the variable translation abilities of individual workers, no matter how well they spoke English socially. The potential loss of product was too great a risk.

Culture as well as language plays a role in high-touch. A manager looking to establish another biotech facility undertook a worldwide survey of potential locations. As normally is the case, the availability of a highly educated and skilled work force was at the top of the selection criteria list for such an investment. The search included North American, European and Asian locations. Extensive research went into finding out exactly the quantity, quality and availability of potential employees coming from schools and similar local businesses in each location.

Some of the cultural constructs of quality transcend mere translation of words.

During the process this manager spoke in the highest possible terms about the intelligence and cooperation he saw in students from a particular Asian location. The problem he feared was that the students could understand every word he said and still not know what he meant. Some of the cultural constructs of quality transcend mere translation of words. The core concepts that the words resonate with in English may fail to resonate in another culture despite precise translation. Cultural differences are a fact of life in our diverse global economy. Not taking them into account can be a high cost.

High quality is the expectation of every recipient of a drug, diagnostic or device sold in the U.S. The greatest cost in chasing low costs comes when product quality has a negative impact on the lives it is supposed to improve. The Genzyme example above is an example of quality degradation that was not directly connected with the pursuit of low costs. Genzyme’s patients were deprived of adequate supplies of drugs but, fortunately, the disease that the drug treats, Fabry disease, is not immediately life-threatening.

However, a much larger patient care issue came to light in 2008 when Baxter International recalled certain lots of heparin, a blood thinner in use for more than 70 years and widely used in dialysis clinics as well as in other indications. Baxter had contracted with Scientific Protein Laboratories (SPL), based in Waunakee, Wis., for supplies of raw heparin which were actually produced at Changzhou Scientific Protein Laboratories, the Chinese branch of SPL. The supply chain there included 10 percent to 20 percent of a contaminant that was intentionally chemically modified to resemble true heparin. Essentially, the product was being faked to lower its cost. Patient reactions to the adulterated drug resulted in tragic loss of life. Baxter made the problem known to the industry immediately. This is a tragic outcome for the victims and their families as well as the business itself. After all companies supplying heparin were accounted for, at least 149 people had died from the contaminated drug. Baxter, who had about half the market for heparin, withdrew from selling heparin, sold the division that supplied heparin and faces hundreds of lawsuits in the U.S. alone.

Lessons like this are making the health/life science industry more circumspect when it comes to judging the true cost of low cost. Despite being so frequently mentioned, total cost and economic incentives fall far below the higher requirements of the businesses, because of the high-tech, high-touch, high-quality requirements for the products in these health-related technologies. Whether the product is an accurate diagnostic test, a surgical device or a drug, peoples’ lives and well-being are directly affected by the products in this sector.

Without satisfying the needs for employee productivity, high quality and a reliable supply chain, costs and incentives are meaningless and cannot drive investment. It makes no sense to chase the lowest cost if the location cannot support the higher needs of the business.

Genzyme, now a Sanofi subsidiary, encountered viral contamination issues in 2009 at plants in Allston, Mass. (pictured), and in Geel, Belgium, but overcame them with process and procedural control improvements that “went viral” throughout the company’s portfolio. In the meantime, the company has announced improvements to its Allston complex, a new biomanufacturing facility in nearby Framingham that opened in October (and helped it return to normal supply levels of the affected drug, Fabrazyme) and a new plant in Geel expected to start production in late 2014.
Photo courtesy of Genzyme