The Roots of Innovation

Three reports hone in on the institutions at the
core of California’s life sciences leadership. 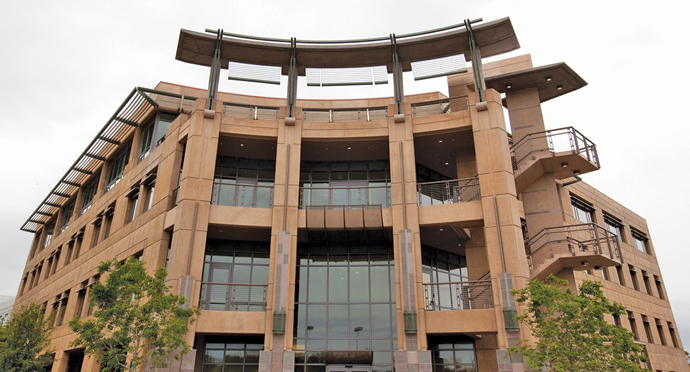 In May 2008 CIRM announced $272 million in funding to build 12 research facilities in California. That initial investment leveraged funding from private donors and the institutions to create a $1.1 billion investment in the state. The Sue and Bill Gross Stem Cell Research building at University of California Irvine, a CIRM major facility, was built with $27 million from CIRM and a $10 million gift from Sue and Bill Gross.
By ADAM BRUNS
T

he 2012 Jones Lang LaSalle Life Sciences Cluster Report released earlier this month identified and ranked a total of 21 U.S. cities according to weighted scores for total employment in high-tech research and hospital/medical fields; life science establishments; National Institutes of Health (NIH) funding; and venture capital funding. Three of the Top 10 clusters were in California, with San Diego shooting up five spots from last year’s report to No. 2, ahead of San Francisco Bay Area (No. 3) and Los Angeles/Orange County (No. 8).

Three days prior to that report’s release, the California Biomedical Industry Report published by BayBio, California Healthcare Institute (CHI) and PwC US found that nine of the 39 medicines approved by the U.S. Food and Drug Administration (FDA) in 2012 were developed by California companies. The 2013 report found California to be:

The California report indicated that M&A activity among California companies declined by 36 percent from 2009, when M&A reached a 10-year high. The percentage of CEOs from 175 surveyed firms that indicated over the next 12 months their organization is more likely to participate in a merger or acquisition was down 11 points from the prior year.

But the Jones Lang LaSalle report said San Diego rose from seventh to second in its cluster analysis in large part due to “a staggering $13.8 billion in M&A activity in the last 12 months, including AstraZeneca’s acquisition of Ardea Biosciences, Hologic’s purchase of Gen-Probe and Bristol-Myers Squibb’s offer to acquire Amlyin Pharmaceuticals. While this type of consolidation could potentially leave empty space on the market, middle-market companies have driven a steadily increasing demand for space in life sciences-oriented facilities, keeping space occupied and rents stable.”

Stability in the Golden State comes in large measure from partnership.

“Biomedical innovation is being fueled by a new paradigm to advance R&D through a combination of diverse, alternative sources of funding, non-traditional partnerships and greater collaboration among the biotech, pharmaceutical, the investment community and regulatory bodies,” said Tracy Lefteroff, global managing partner, venture capital practice and national life sciences partner, PwC US, in the California report. “Greater collaboration is driving investments in consortia that share information during the pre-competitive stage of research and development and in the post-marketing environment where opportunities exist to leverage consumer insights and patient safety information from multiple sources.”

Institutional ballast for such collaboration comes from the state’s renowned public university system. It also comes from a unique program: California’s stem cell agency, the California Institute for Regenerative Medicine (CIRM). CIRM was established in November 2004 with the passage of Proposition 71, the California Stem Cell Research and Cures Act. The statewide ballot measure, which provided $3 billion in funding for stem cell research at California universities and research institutions, called for the establishment of an entity to make grants and provide loans for stem cell research, research facilities, and other vital research opportunities.

A report issued in December by the Institute of Medicine offered several recommendations for CIRM, including changes to the board composition and revision of its conflict-of-interest policies. But it praised CIRM’s grant management, global funding collaboration and research portfolio, calling the agency “a creative supplement to the more traditional sources of biomedical research funding in the United States and an innovative initiative designed to further strengthen California’s biotechnology efforts.”

“We are a unique organization, the first agency in the U.S. created by voters to invest significant state money into basic and applied medical research in a particular field of study,” said Alan Trounson, PhD, president of the stem cell agency. “Because of our unique nature, and the challenges we face in fulfilling our mission, we felt it was appropriate to seek the assessment of experts from the peak body in medicine — the IOM — and ask them to help guide us in identifying what we do well and where we can improve. It’s all about making us a better, more effective organization with the best practices expected of such an organization and living up to the trust placed in us by the voters of California.”

CIRM’s first $1.1 billion in grants (through July 2010) created 25,000 job years and $200 million in new tax revenue through 2014, according to an independent economic impact study released in January 2011. The study included the $844 million in leveraged funds from donors and institutions that contributed to the 12 major research facilities the agency funded. The study did not measure the economic impact of biotechnology companies that have opened facilities or expanded in California because of CIRM grants and the research climate it has created, but it did project that CIRM funding could cement the biotech cluster in the L.A. basin, complementing the already present medical device cluster centered in Orange County.

Spinoff is continuously evident, however, including the news in early January that Sanford-Burnham Medical Research Institute in La Jolla would partner with synthetic biology company Intrexon to accelerate stem cell research. Sanford-Burnham, a nonprofit research institute, is building the world's largest collection of human induced pluripotent stem cells generated from individual patients and healthy volunteers. The Stem Cell Research Center's expertise and resources are available to all Sanford-Burnham scientists, as well as other researchers at nonprofit and for-profit research organizations around the world.

In December CIRM awarded more than $36 million in New Faculty Physician Scientist Translational Research Awards — an initiative that is designed to encourage and support the career development of promising physician scientists, a group with one foot in the lab and one foot in the clinic that are believed to be best at advancing therapies to clinical use.

“To do the best science you need to have the best and most effective clinical scientists,” said Alan Trounson. “This award helps physician scientists in the critical early stages of their career, providing them salary and research support for up to five years. Without that support many might not be able to establish an effective research career in science. With this support we are hoping to create a whole new group of world class researchers in California.”

In addition CIRM’s governing board approved $3 million in supplementary funding for ViaCyte, which is developing a therapy to treat type 1 diabetes, after awarding the company $10.1 million in October.

In November, the University of California Santa Barbara celebrated the opening of its Center for Stem Cell Biology and Engineering, the 12th and final stem cell research facility funded by CIRM. The agency awarded UCSB $3.2 million from its Major Facilities Grant Program; that was matched by $3.2 million from the university to convert and renovate 10,000 square feet of laboratory space into a state-of-the-art stem cell research facility, part of the Neuroscience Research Institute.

Since the passage of Proposition 71 CIRM has awarded more than $270 million under the Major Facilities Grant Program and used it to attract almost $900 million more in private and philanthropic donations, to help build research facilities around California. These facilities are estimated to have created thousands of new jobs and $100 million in new tax revenue.

“This is the 12th facility that our funding has helped develop,” said former State Senator Art Torres, JD, vice chair of the governing board of the stem cell agency. “Those stretch from UC Davis near Sacramento to UC San Diego down south. Those buildings not only created world class research facilities, they also provided construction work at a time of record unemployment in that industry, and they generated new tax dollars for the state.”

CIRM is expected to award its final grants from the initial $3 billion in funding in 2017. According to published reports, another referendum may be in the offing. 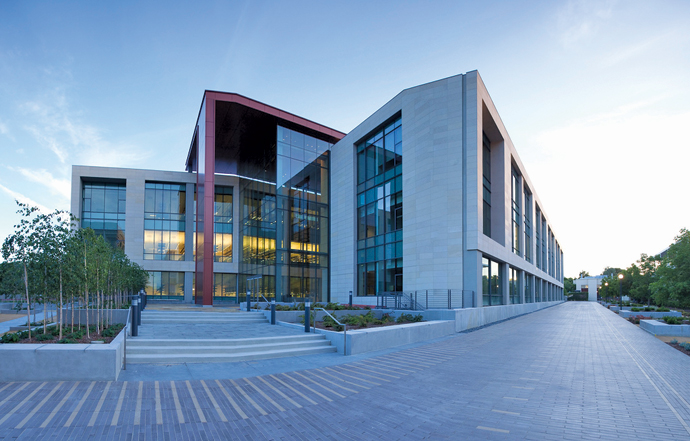 The Lorry I. Lokey Stem Cell Research Building at Stanford University, a CIRM major facility, provides 200,000 square feet for 550 stem cell reseachers and staff, making it the largest of the CIRM major facilities. It was built with $50 million from CIRM and a $75 million gift from Lorry Lokey.
Photo by Mark Tuschman 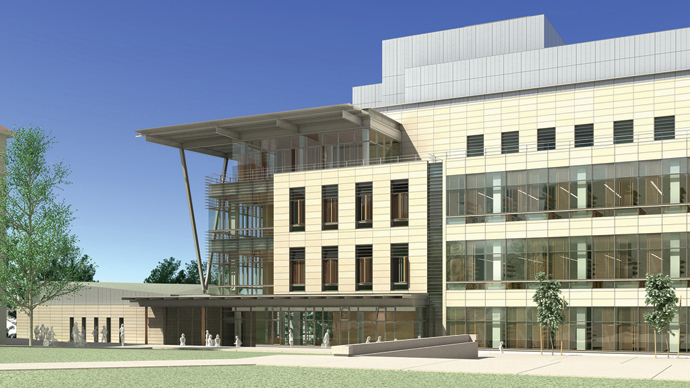 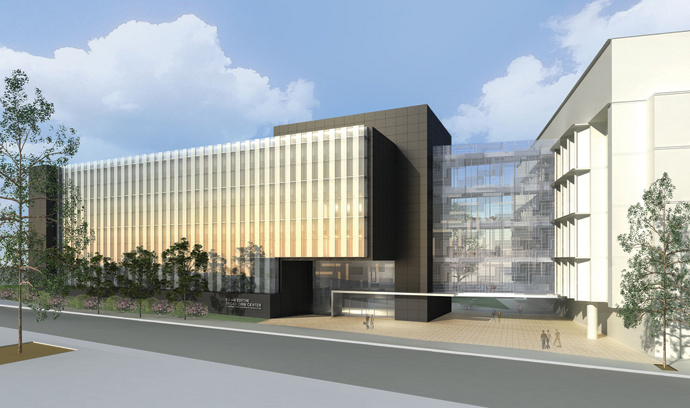 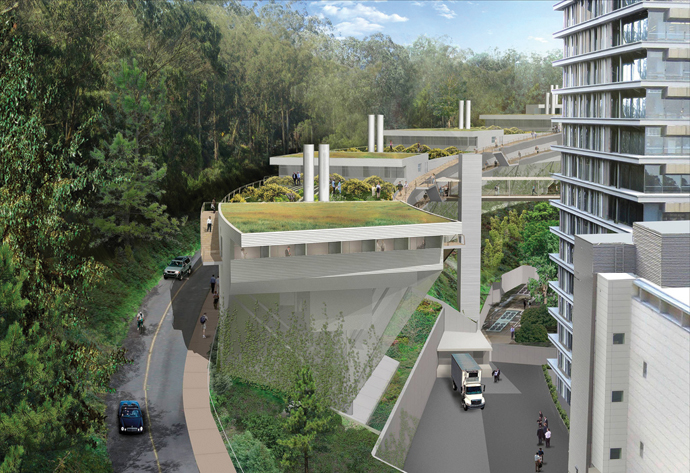