Transformation, From
A to Zed

Major changes at AstraZeneca will place ‘science at the heart of everything we do.’ 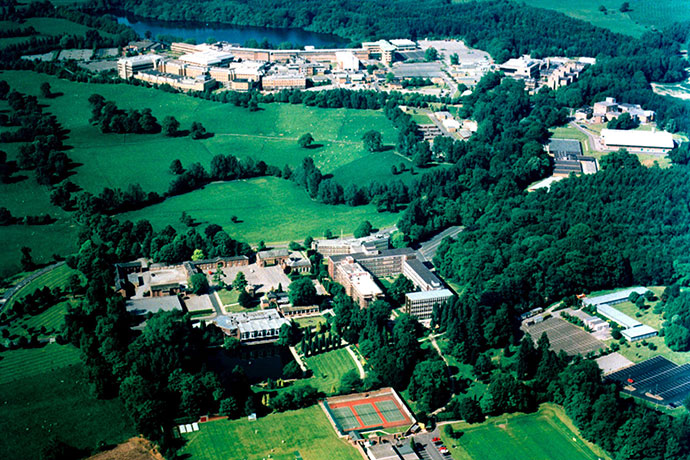 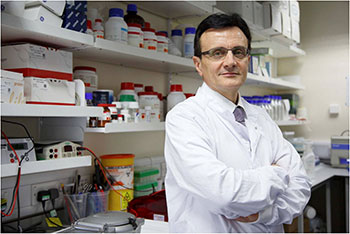 wo announcements on Monday and Thursday of last week signaled a fundamental strategic and physical shift for biopharma giant AstraZeneca, including the establishment of a new corporate headquarters in a new UK location; the shift of small molecule and biologics R&D to three strategic centers around the world; and an eventual overall headcount reduction of 5,050 between now and the end of 2016.

On Monday, March 18, the company announced its intent to focus the R&D in three places, and to fully implement these plans by 2016:

Cambridge, UK: AstraZeneca will invest around $500 million to establish a new, purpose-built facility. Consolidating the company's UK-based small molecule and biologics R&D at a new center will build on AstraZeneca's protein engineering capabilities already based in the city, said the company. Cambridge will also become AstraZeneca's new global corporate headquarters.

Gaithersburg, Maryland, USA: The site of MedImmune's headquarters and the primary location for AstraZeneca's biologics activities, Gaithersburg will also become home to much of the company's US-based Global Medicines Development activities for small and large molecules and will accommodate some global marketing and US specialty care commercial functions.

Mölndal, Sweden: AstraZeneca's site in Mölndal, near Gothenburg, will continue to be a global center for R&D, with a primary focus on small molecules. 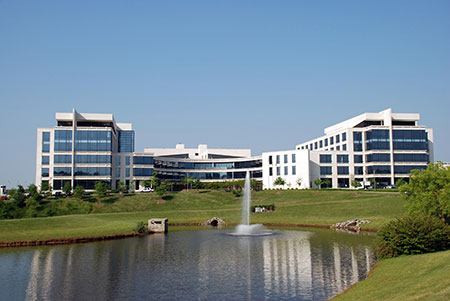 Gaithersburg, Md., home to AstraZeneca’s MedImmune subsidiary (HQ pictured) will be one of three strategic R&D centers globally for the UK-based corporation.

The company said the three sites would continue to be supported by other existing facilities around the world, "including Boston, Massachusetts, US, which will continue to be a center for research and development, with a primary focus on small molecules."

"The changes we are proposing represent an exciting and important opportunity to put science at the heart of everything we do," said Pascal Soriot, CEO, "because our long-term success depends on improving R&D productivity and achieving scientific leadership. This is a major investment in the future of this company that will enable us to accelerate innovation by improving collaboration, reducing complexity and speeding up decision-making. The strategic centers will also allow us to tap into important bioscience hotspots providing more of our people with easy access to leading-edge academic and industry networks, scientific talent and valuable partnering opportunities."

But the complexity just increased for some employees as they face either relocation or elimination of their positions. Among the new strategy's consequences, R&D work will no longer be carried out at the company's historic site in Alderley Park, Cheshire, UK. 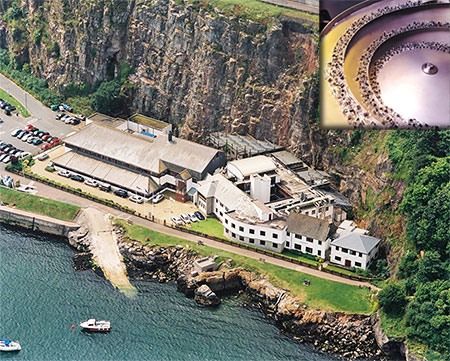 AstraZeneca’s site in Macclesfield, UK, will welcome some jobs from the downsizing of the firm's Alderley Park campus, while still playing a primary role in manufacturing (inset).

"Approximately 1,600 roles will relocate from Alderley Park, with the significant majority going to the new center in Cambridge and the remainder to the company's nearby Macclesfield manufacturing facility or other AstraZeneca sites overseas," said the company. "At least 700 non-R&D roles are expected to remain at Alderley Park. AstraZeneca is committed to exploring all options to ensure that Alderley Park has a successful future."

With the exit of the Global Medicines Development group and the relocation of global marketing and US specialty care commercial roles, about 1,200 roles will leave Wilmington, Del., said AstraZeneca. "There will be a net increase of approximately 300 roles in Gaithersburg. The changes announced today will lead to an estimated overall reduction of about 650 positions in the US; while around 170 will relocate to other AstraZeneca sites in the US or overseas. Wilmington will remain the North America commercial headquarters, with a population of about 2,000 at the AstraZeneca site."

Next, the majority of corporate and global commercial roles based in London are expected to move to the new center in Cambridge, with some going to other AstraZeneca sites. Following the transfer of the company's headquarters to Cambridge, AstraZeneca's Paddington office will close by 2016. Currently, around 350 roles are based in London.

"Globally, over the 2013-2016 period, the proposed investment and associated changes announced today will lead to the relocation of nearly 2,500 roles and an overall estimated reduction in headcount in the region of 1,600 roles," said the company on March 18. "The vast majority of these will be in the UK and the US. The programme is expected to incur $1.4 billion in one-time restructuring charges, of which $800 million are likely to be cash costs. In addition, the company will invest approximately $500 million in establishing the new centre in Cambridge. Annualised benefits of approximately $190 million are expected by 2016 for the programme."

In 2011 the company made a core investment of $5 billion on R&D. At the end of 2011, its R&D organization comprised approximately 11,300 people at 14 principal centers in eight countries.

In a separate March 18 announcement, the corporation said focusing the company's UK-based R&D activities at a new center in Cambridge builds on AstraZeneca's world-leading protein engineering capabilities already based in the city through MedImmune, the company's biologics arm.

"Our proposed investment is a clear signal of AstraZeneca's long-term commitment to the UK and highlights the important role Cambridge plays internationally in bioscience research," said Soriot. "The Government's Life Sciences Strategy and the meaningful policies they have put in place in recent years to encourage investment help make Britain an attractive location for biopharmaceutical research and development.

"Cambridge, which boasts strong links with London-based research institutions, is a world-renowned bioscience hotspot that rivals the likes of San Francisco and Boston," he continued. "In a world where partnerships and collaborations drive medical progress, becoming an integral part of the Cambridge ecosystem offers compelling advantages for AstraZeneca, giving us easier access to leading-edge academic and industry networks, scientific talent and valuable partnering opportunities. I believe that the investment we are announcing today greatly increases the chances that the next generation of innovative medicines will be invented and manufactured in Britain."

The proposed changes are estimated to result in an overall headcount reduction of about 700 in the UK from Alderley Park and other sites over the 2013-2016 period. Approximately 300 further roles may be relocated outside the UK. Today, AstraZeneca employs around 6,700 people in the UK.

AstraZeneca will continue to have a strong presence in the North West with some 3,000 employees at Alderley Park, its Macclesfield manufacturing site and the MedImmune vaccine manufacturing facility in Speke. The company also has extensive and close scientific collaborations with academic institutions such as Manchester University which will continue to play an important role in discovery work.

On Thursday, March 21, the company announced two new agreements that illustrate its new strategic objectives. First, the company is partnering with Swedish medical university Karolinska Institutet to create an Integrated Translational Research Center for cardiovascular and metabolic disease and regenerative medicine located at Karolinska Institutet's site in Stockholm, Sweden. The five-year initial phase of the center, expected to start up by mid-2013, will comprise 20 to 30 scientists, and receive $20 million a year from AstraZeneca, and expertise and facilities from Karolinska, a world center for biomedical and translational science and has a long history of scientific collaboration with AstraZeneca. 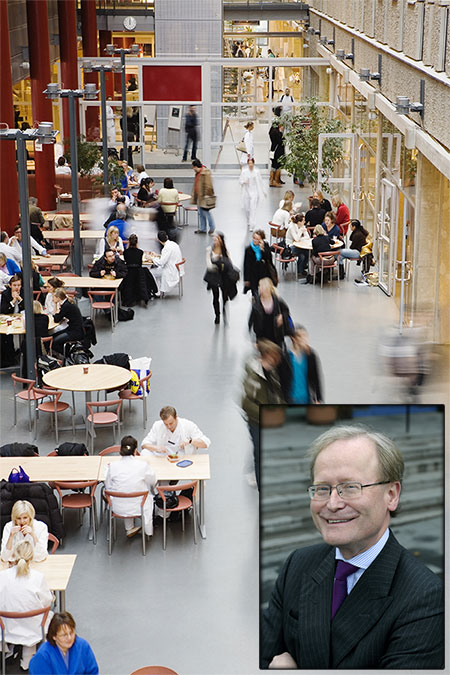 "AstraZeneca is one of our most important partners," said Anders Hamsten (inset), president of Karolinska Institutet, during the March 21 announcement of a new translational research center on Karolinska’s premises. "The creation of this research center means great opportunities for excellent research and development of the healthcare sector. It will also strengthen the Stockholm region as a life science arena as well as the pharmaceutical industry in Sweden."
Photos by Gunnar Ask and Camilla Huddinge courtesy of Karolinska Institutet

In 2012, AstraZeneca committed to investing in joint research projects within the Science for Life Laboratories (SciLifeLab), a joint venture between four Swedish universities, including Karolinska Institutet. Supported by the Swedish government, SciLifeLab provides a national platform in Sweden for genomics, proteomics, metabolomics and bioimaging.

In the field of cardiovascular and metabolic disease a three-year research partnership was established last year between AstraZeneca and Karolinska, focusing on advancements in cardiac regenerative therapy. That work and the new center will feed into a collaboration also announced Thursday between AstraZeneca and Moderna Therapeutics, focused on the discovery and development of pioneering messenger RNA therapeuticsTM.

A less heralded part of Thursday's series of announcements was the company's planned restructuring of its sales, general and administrative activities, which will lead to a global reduction in headcount of approximately 2,300.

"We are combining this SG&A restructuring with two previously announced programmes," said the company. "These comprise the headcount reduction of 1,600 related to the proposed R&D footprint changes announced on 18 March 2013, and the balance of the Phase 3 restructuring programme announced in February 2012, which amounts to 1,150 roles. The total combined Phase 4 programme entails an estimated global headcount reduction of about 5,050 over the 2013-2016 period."

All told, the combined plans are estimated to incur $2.3 billion in one-time restructuring charges to the company's profit and loss statement, of which $1.7 billion are expected to be cash costs. But the company expects benefits of approximately $800 million per annum by 2016.