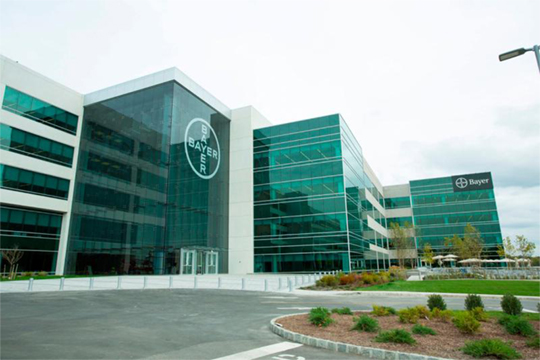 In mid-October Bayer HealthCare opened its new 700,000-sq.-ft. East Coast headquarters in Whippany, N.J., which consolidates approximately 2,400 employees from former locations in Morristown, Montville and Wayne, N.J., as well as Tarrytown, N.Y. "Although the aim of this project is to bring our employees together in one location, this initiative is about growing together as well as building the brand and reputation of our company," said Marijn Dekkers, chairman of Bayer AG Group's board of management. "Whippany is our footprint on the East Coast now, as we invest further in the U.S."

Did you know one of the world’s newest biosecurity labs will soon open near Almaty, Kazakhstan? Jillian Keenan fills us in on the project in this piece from National Geographic.

Nashville-based DiaTech Oncology announced it would create 39 jobs and invest $2.7 million in a new lab operation in Franklin, Tenn., just south of Nashville on I-65. “DiaTech is pleased to begin its first U.S. laboratory operation in Franklin, Tennessee,” said DiaTech Oncology President Garry Latimer. The company, which offers patient-specific chemotherapy testing, operates its first lab in Quebec. “This laboratory is under development with a planned opening of its specialized ‘Correct Chemo Assay’ cancer testing facility in early 2014.” 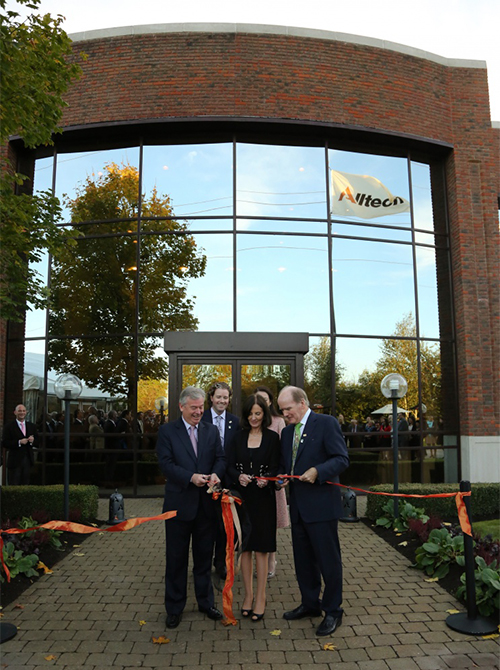 (from left to right) David Byrne, former EU Commissioner for Food Safety, joins Deirdre Lyons, Alltech’s co-founder and director of corporate image and design, and Dr. Pearse Lyons, president and founder of Alltech, to cut the ribbon at the grand opening of Alltech's newly expanded European Headquarters in Ireland.

Earlier this month Kentucky-based nutrition company Alltech announced the opening of its newly extended European Headquarters at the site of its facility in Dunboyne, County Meath, Ireland. The expansion comes in response to Alltech’s growing presence in Europe, a region which has recently become No. 1 for Alltech’s sales globally. The facility in Dunboyne, now employing 102 people, has tripled in size and capacity to 3,600 sq. m. (38,750 sq. ft.). Alltech has also upgraded its existing research laboratories, allowing much of the molecular research into animal health to take place at the site. Some of the other departments based at the facility are European marketing, regulatory, sales, finance, customer service and Alltech’s quality control department. Alltech’s sponsorship of the Alltech FEI World Equestrian Games™ 2014 in Normandy will be activated from the facility as well as the Alltech Career Development Program.

“Alltech opened its first international office in Ireland almost 30 years ago and I am extremely proud today of what it has become: the focal point for Alltech’s European activities and a shining example of what we are about,” said Dr. Pearse Lyons, president of Alltech. “We are experiencing tremendous growth globally and none more so than in Europe. This €10-million investment represents a commitment from Alltech to this region and to Ireland for the future.”

On Oct. 14, Roche announced plans to invest 800 million Swiss francs (about US$880 million) within its global manufacturing network to increase production capabilities for its biologic medicines over the next five years. The investment will be spread across sites in Penzberg (Germany), Basel (Switzerland), as well as Vacaville and Oceanside, Calif. (USA), and will create approximately 500 new jobs.

"As the world’s largest supplier of biologics, Roche is committed to making the necessary investments to ensure ongoing supply of these medicines at the highest quality standards” said Daniel O’Day, COO of Roche’s Pharmaceuticals Division. “Increasing our manufacturing capacity also highlights the confidence we have in the research and development of a range of new biologic medicines that will help serve unmet medical needs.”

IAG Cargo’s network of more than 350 destinations includes more than 80 Constant Climate stations among them recent additions in Lisbon, Portugal, and Latin America.

A recent Battelle study for United for Medical Research says the genetics and genomics industry’s impact on the United States economy has reached nearly $1 trillion dollars. Some of those results are highlighted below. 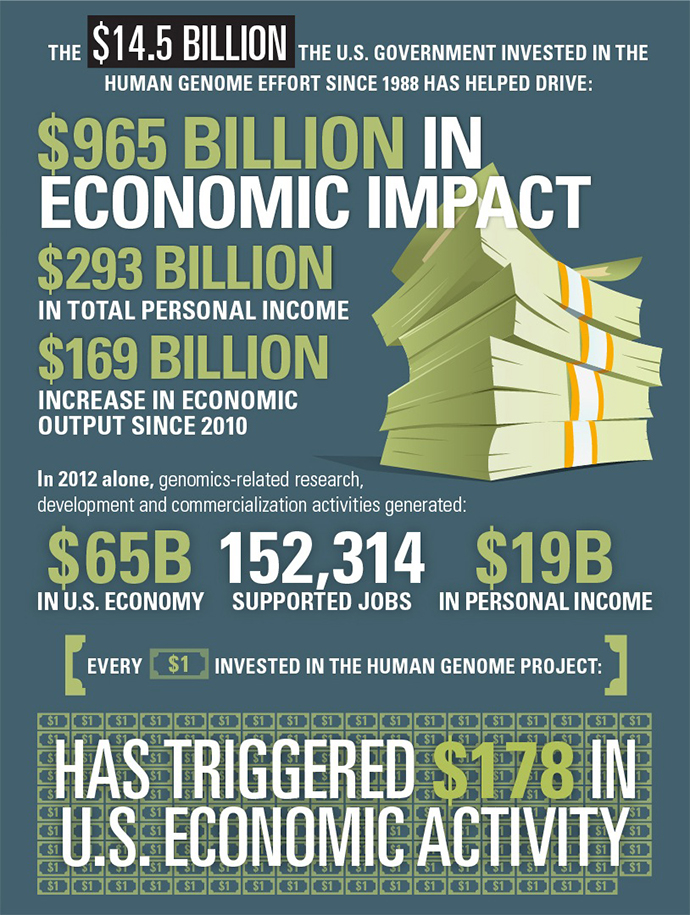 In September 18 business organizations organized under the aegis of the Alliance for Fair Trade with India sent a letter to U.S. President Barack Obama urging him to address India’s discriminatory trade barriers and weak intellectual property (IP) protection during his meeting with India’s Prime Minister Manmohan Singh. The letter highlighted what they called “India’s harmful trade policies which include a failure to protect IP rights, forced local production of certain information technology and clean energy equipment, and revocations of patents and compulsory licenses for innovative medicines.

On Sept. 25, the nation’s fastest-growing integrated senior primary care medical practice, ChenMed, announced a major expansion of its ChenTech subsidiary in the New Orleans business district, where the technology solutions company will hire 50 computer programmers. “Louisiana’s best-in-the-nation Digital Interactive Media and Software Development Incentive is creating an environment for software innovation and entrepreneurship that no other state can match, and we are proud to have built a business climate where growing companies like ChenMed and ChenTech can thrive,” said Louisiana Gov. Bobby Jindal. “Our decision to establish ChenTech’s headquarters in New Orleans is strategic,” said Oliver Degnan, ChenMed and ChenTech chief information officer. “We’re receiving phenomenal support from Governor Jindal’s office, and from the Louisiana Economic Development team, and the state’s unique incentives for technology groups expanding development capabilities are material to our bringing the next generation of doctor- and patient-friendly technology solutions to market quickly. Having ChenTech based in an iconic city where technology groups for GE Capital, GameLoft, the US Navy and more are thriving, should help us attract and retain truly great programmers.”

AGRIBUSINESS: Where the Domesticated Things Are (Mar 15, 2018)