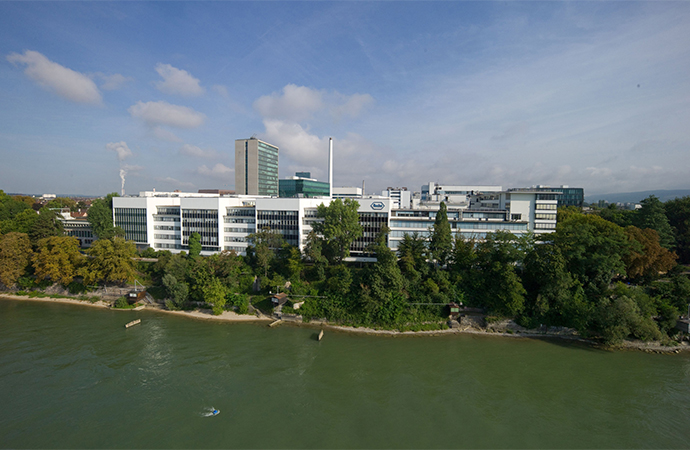 Roche Basel in Switzerland viewed from the south with the Rhine River in the foreground.
Photo courtesy of Roche
by ADAM BRUNS
“S

ite Selection for Life Sciences Companies,” a report released this month by business intelligence firm Venture Valuation and KPMG, uses an agglomeration of other reports and proprietary data to analyze key decision factors relevant to the leading life sciences clusters in France, Germany, Ireland, the Netherlands, Switzerland and the UK.

Why those territories? The authors say those countries are often preferred by foreign companies seeking European or global headquarters. But depending on which factors are emphasized and how they’re weighted, any of the six might stand above the rest. For instance:

“It was a matter of resources on our side for the first report, and Belgium does not have such a big biotech cluster,” says Patrik Frei, CEO of Venture Valuation. “We also concentrated on the locations companies would consider first.”

“The number of financing rounds has increased, with companies on average receiving less money per round, absorbing management time and putting additional pressure on businesses to raise finance,” says the report. “Investment sources are increasingly moving away from classical venture capitalism financing to family offices, government funding and venture funds run by big pharmaceutical companies. Two of the five biggest rounds in the selected countries also included two biofuel companies (Gazasia and Brain), which show the overlap between life sciences and clean technology.”

Asked if the clusters tend to have a strong university scene nearby, Frei says, “Universities and availability of skilled students is essential. In the UK you have Oxford and Cambridge, in Switzerland, ETH/EPFL. This has certainly an impact on the cluster.”

Among other facts uncovered by the report:

Among the countries studied only the Netherlands showed a pronounced R&D focus for companies’ global and regional headquarters.

Germany has the most life sciences companies in absolute numbers. But the report’s authors dug deeper to look at niches such as biotechnology therapeutics. What they found is that the UK has the most companies in that sub-sector (180), followed by Germany (155) and France (151). The six countries together represent almost 60 percent of all the biotech and biotech therapeutics companies in Europe. The UK also leads in number of pharmaceutical companies, with 85, followed by Germany with 83.

Among the incentives highlighted in each country:

Employers engaged in certain R&D activities (“WBSO”) are entitled to a payroll tax reduction of 38 percent (in certain cases 50 percent) of the relevant payroll costs, up to a maximum base amount of €200,000, and 14 percent for any excess base (maximum reduction of €14 million). In addition, the R&D deduction (RDA) of 54 percent of the eligible cost and expenditure is available for investments in new business assets.

Ireland also provides a tax credit of 25 percent of capital and revenue expenditure on qualifying R&D expenditure. It is possible to claim excess R&D credits as a cash refund. Certain start-up companies are exempt from tax in each of their first 3 years.

Investment subsidies of 2.5 percent for investments started in 2013 in the former Eastern German areas, or regional subsidies as well as subsidies on European, Federal and State levels.

Accruals for future R&D projects executed by third parties are permitted in an amount of up to 10 percent of the taxable profit, maximum 1 million Swiss francs. Full or partial tax holidays of up to 10 years on cantonal and — in certain regions — federal tax level can be granted to substantial investment projects. In addition, funding in case of a collaboration between the company and a university may be available.

Tax incentives for R&D expenditure are available, with an enhanced deduction of 130 percent for large companies and of 225 percent for small and midsized enterprises. From April 2013, an optional above-the-line R&D tax credit of 10 percent of qualifying expenditure is available for large companies. Twenty-four new enterprise zones have been set up in economically declining areas of the UK. Possible measures include a five-year holiday up to £275,000. 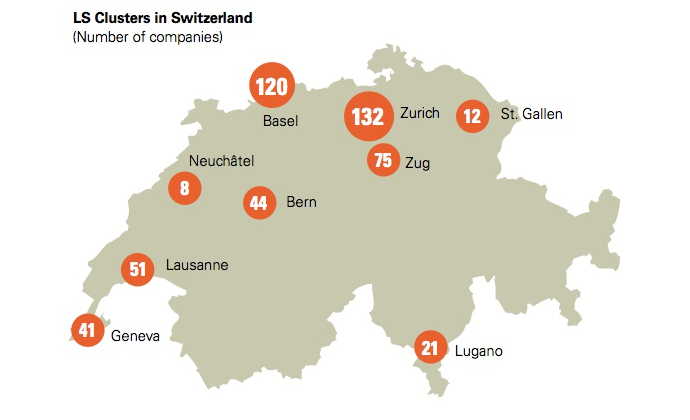 Which of the six countries examined by the report has the most life sciences clusters? Some might be surprised to find the answer is Switzerland, with nine.