Despite challenges, Costa Rica’s medical device market shows no sign of slowing down. 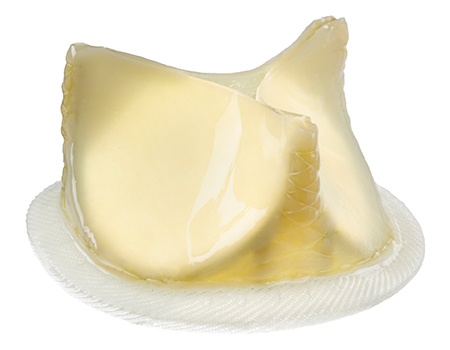 Though Intel stunned Costa Rica with the recent decision to lay off 1,500 workers and send the company’s microprocessor assembly and test work to Asia, the news was tempered by the fact that, even if Intel had stayed, the medical devices sector was still on pace to become the country’s No. 1 exporter in 2015.

Considered Costa Rica’s most dynamic industry, the sector is experiencing both the joys and pains of growth. Sixty multinational corporations have substantial operations in Costa Rica. The medical devices sector contributes 17,000 direct jobs. Companies are expanding at astonishing rates and a steady stream of suppliers continues to move into the country.

ArthroCare is a medical device company that develops and manufactures products based on Coblation technology, a patented method using radio frequencies and saline solution to dissolve damaged target tissue. The technology is broadly used in treating sports injuries, especially those in the shoulder, elbow, hips and knees. Recently Coblation technology has been used as a less invasive technique in ear, nose and throat procedures, turning what used to be weeks-long surgical and recovery times into out-patient procedures.

Headquartered in Austin, Texas, ArthroCare is currently in the process of being acquired by UK-based Smith & Nephew, a global medical technology company that was already a significant player in sports medicine and orthopedics. ArthroCare was seen as a natural fit in terms of a growth opportunity. The company has been in Costa Rica for 10 years and is currently squeezed into a relatively small facility in the Global Park Free Trade Zone (FTZ) in Aurora de Heredia.

“We started out with 30 employees and have grown to 1,100,” says Andres Salazar, general manager of ArthroCare’s Costa Rican plant. “This facility grew in a very organic fashion. We expanded the building on one side, rerouted product flow from one place to another, but it was never intended to manage the load of activity that the building sees today.” In 2012, after a comprehensive site selection process, the company made the decision to expand locally in Costa Rica.

“We’re about halfway through building a 250,000-square-foot [23,225-sq.-m.] facility in the Coyol Free Trade Zone and Business Park in Alajuela,” says Salazar. “Our current facility in Heredia is about 75,000 square feet [6,968 sq. m.]. Right now we’re building two very large clean rooms in the new facility, and one of the clean rooms has the exact square footage as this facility.” Coyol FTZ is home to a cluster of medical device companies including essential sterilization facilities and excellent logistical advantages. Salazar says the company expects to be in the new plant by April 2015.

Michael Tucci is a native New Yorker running the family business as CEO and president of MicroTechnologies in Costa Rica. The company produces a diverse assortment of application or life critical precision parts for a variety of industries including automotive, aerospace, electronics and medical. “Whether it’s going in your vein, your engine block, your hospital bed or the plane you’re on, if our parts don’t work there are large consequences,” he says.

MicroTechnologies decided to locate its manufacturing facility in Costa Rica 15 years ago. “We started like most internationals, coming in looking for a less expensive labor component for the heavily manualled processes we had at the time,” he says. The firm set up a small facility that has expanded several times, each time transitioning to more automated and complex processes. Like ArthroCare, MicroTechnologies has outgrown its space and is in the process of building a new facility located next to, but not in, the Coyol FTZ Business Park.

St. Jude Medical (SJM) is a global medical device manufacturer headquartered in St. Paul, Minn. The company has a large, thriving manufacturing facility in the El Coyol FTZ and Business Park which is best known for producing replacement heart valves made from live bovine tissue. SJM has since added other diagnostic-type products involving other technologies. The company employs 1,000 employees and has built out about 70 percent of the available space inside its four-year-old facility. 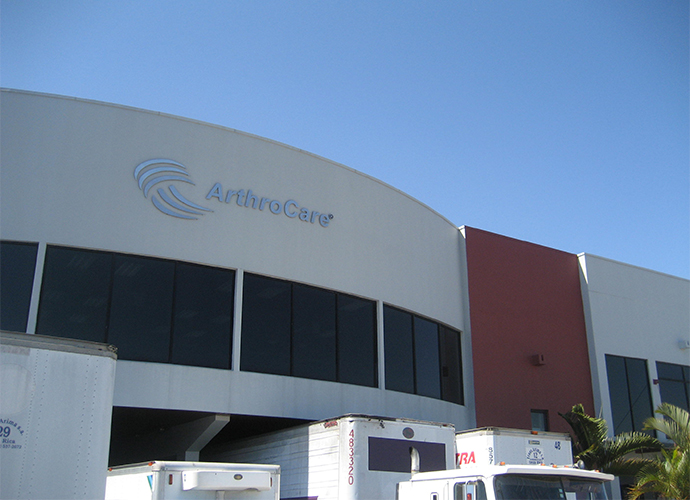 ArthroCare facility in the Global Park Free Trade Zone (FTZ) in Aurora de Heredia. The company is currently constructing a significantly larger facility in the Coyol FTZ and Business Park in nearby Alejuela.

“This project in itself was and is pretty aggressive,” says Javier Gomez, general manager of the SJM facility. “Aside from this building we have reserved land for two more buildings. In our strategic plan we are already discussing when to build even though we’re not done with the building we’re in. By those metrics we’re doing pretty well.” The second building will be an extension of the first. It will have manufacturing space as well as warehousing space, enabling SJM to handle some of its own distribution.

An industry-wide concern facing the medical devices sector right now is workforce. Costa Rica is known for its young, bilingual workforce boasting high literacy rates, a reputation for quickly learning new skills and transitioning to new processes and an excellent work ethic. The influx of new companies has caused the labor pool to grow shallower, necessitating corporate realignment of priorities toward developing the talent pipeline.

The Costa Rican Investment Promotion Agency (CINDE) facilitates regular meetings of human resources and management professionals in the industry. “They talk about general needs in terms of human resources,” says Pilar Madrigal, director of international affairs at CINDE. “It’s a practice that has moved into interesting initiatives whether with local educational institutions or those reaching out to university programs. It speaks a lot about how there is communication at the macro level. Luckily they’re all growing.”

At SJM, the workforce is 75 percent operators (those who work on the manufacturing floor) and 25 percent professionals. “We used to be able to find and hire people who already had medical device skills,” Gomez says. “Now when we hire people we have to train them from our own training process and grow them to the levels we need. It’s similar from a professional base.” SJM is connecting with vocational and technical schools as well as universities to search for new talent. The company promotes internships where they’re able to train and then hire the talent.

Among other workforce education programs, SJM helps operators without a high school diploma earn one, on site. Starting in 2013, the company began a program bringing Ministry of Public Education instructors to the plant in order to give their employees the educational foundation required to advance in the industry. “Out of the 75 percent of operators I quoted, 80 percent are female household owners,” says Gomez. “For them to be able to study in the same workplace is highly valuable. We have a higher degree of success running the program that way.”

A critical area of workforce development for ArthroCare’s Salazar is what he calls the “prima donna effect.”

“Costa Rica has suffered from an issue in which regulatory knowledge becomes a barrier of entry for the workforce,” he says. “Regretfully, that’s created a system where whoever has the experience blocks entry for future workers. We want to make that regulatory knowledge available to those people who want to learn it. General managers of medical device companies around here have realized we have to do something about it, industry-wide.” Salazar and others plan to work with US universities in getting Costa Rican universities to develop curriculum making regulatory education more widely available.

Tucci at MicroTechnologies faces similar challenges. “The competitive nature of the Costa Rican labor force makes us acutely sensitive to the subject,” he says. “The difference will become our ability to do more with less. The days of ‘insert labor rate here, get your savings out’ are gone.”

“What we see coming down the pike is the next evolution of what it means to be a company in Costa Rica,” he says. “It’s not the cheapest place any more, by a longshot. We’re re-shifting from a cost-centric model to a revenue-centric one and using our factory as a piece of that strategy. What I mean by that is that we’re actually using this facility and the capabilities therein to win business, not just from a cost standpoint but from a capability and quality standpoint. We want to learn how to turn the forces coming together where you have rising costs, more sophisticated work, increased competition and more and more technology to our advantage. That’s what we see coming here. We have to continue to evolve for this place to remain relevant.” 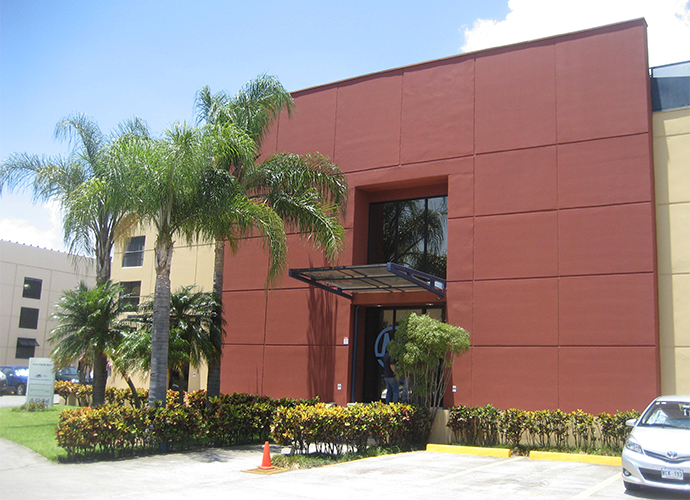