As its partnership with Alexandria deepens, Accelerator aims to have a facilities edge in both Seattle and the Big Apple. 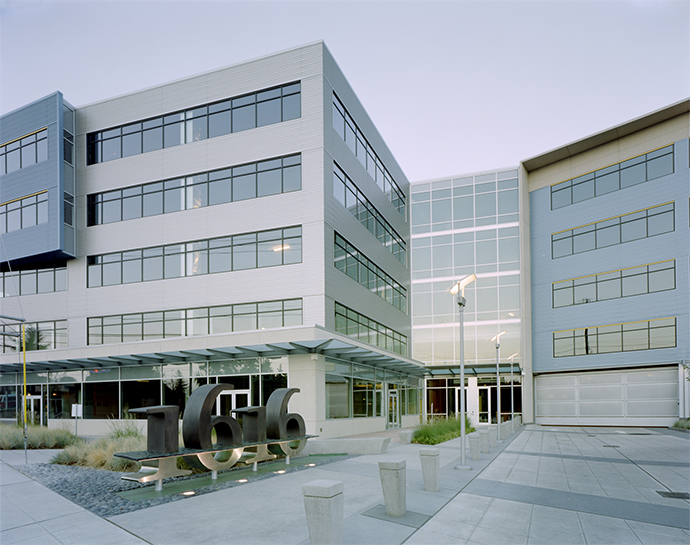 Accelerator hopes to replicate in New York the success it’s fostered at its home location in Seattle, above.
Photo courtesy of Accelerator
by ADAM BRUNS 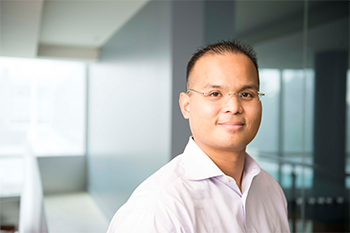 Alexandria Real Estate Equities' Alexandria Center for Life Science NYC is the city's only commercial life science campus, with over 700,000 sq. ft. (65,030 sq. m.) and an option to build a third building. It's looking like that option might be exercised sooner rather than later.

On July 29, Accelerator Corp., a leading life science investment vehicle for emerging biotechnology research, announced the first closing of Accelerator IV with $51.1 million in capital commitments, as it expands its operations in Seattle to New York City's East Side Medical Corridor.

"There is a funding gap for innovators looking to build new companies, as more and more venture investors are turning their attention to de-risked, later-stage developmental therapies instead of early research," said Thong Q. Le, CEO of Accelerator. "We have had tremendous success in bridging this gap in Seattle, with more than half of our companies graduating to successful venture rounds and achieving development successes. We recognize a similar gap in New York City where funding is available for developed companies but in short supply for early-stage research, and we look forward to this strategic expansion with our new round of committed capital."

Over the last 10 years, and through its first three rounds of committed capital, Accelerator has developed 12 early-stage biotechnology companies in Seattle and provided them with the necessary resources to give each company a greater opportunity for early success. The fourth commitment round includes return investors Alexandria Venture Investments, ARCH Venture Partners, and WRF Capital, alongside new strategic investors, including Eli Lilly and Co., Harris & Harris Group, Inc., Johnson & Johnson Development Corp., The Partnership Fund for New York City, and Pfizer Venture Investments. Accelerator will have dedicated capital commitments for both Seattle and New York City.

"We believe that there is an unparalleled opportunity to support exciting early-stage life science research in both New York City and Seattle. Accelerator will provide a big boost to help foster innovation in both these locales," said John Lechleiter, Ph.D., chairman and CEO of Eli Lilly and Co.

With nearly 17 years of experience in identifying, investing, managing, and successfully exiting numerous seed and early-stage investments, Thong Le is positioned to grow and expand the Accelerator investment model after taking over as CEO in January following a successful stint at WRF Capital. He currently serves on the executive boards of the Evergreen Venture Capital Association (EVCA), the Washington Biotechnology & Biomedical Association (Chairman), and the Washington Global Health Fund.

In an interview, he says a lot of people are trying to become smarter and more focused when it comes to developing early-stage, pre-company biotech assets. "We're hoping we can scale what we're doing, and that is what we're trying to put to the test," he says.

The newly signed big pharma investors will help. Le says they've been watching with interest, and in New York in particular, Pfizer has been strongly interested in seeing a more early-stage life sciences ecosystem. "They've been among the more patient investors," he says. 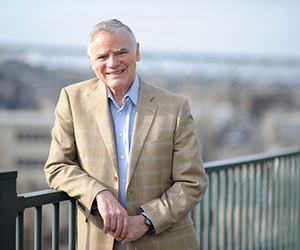 Pioneering scientist Leroy Hood, M.D. Ph.D., co-founder and president of the Institute for Systems Biology and founding institution partner of Accelerator, said of the newest round of Accelerator investment, "Through its newest capital commitment from some of the world's top investors, Accelerator will continue to play an instrumental role in commercializing early-stage life science discoveries. We look forward to continuing our partnership with Accelerator."
Photo courtesy of ISB

While each of those big partners has its own in-house incubator of sorts (J&J's partnership with Janssen Labs, for example), Le says Accelerator doesn't compete, but compliments. "We are but a tool in their arsenal," he says, a tool that offers relationships with "some very select" institutions. "They're not investing in us because we're competing, but because we're enhancing their commercialization strategy," says Le.

"I think what we've done is unique," Le says. "In the VC world, more often you find a big strategic captive player to a venture firm. Some have partnered closely with one pharma company. But when you're captive to one player, your perspectives are very limited. We're not captive to any one player, so there are checks and balances when looking at various opportunities."

The plurality approach extends to institutions, such as the eight partners in Seattle, stretching across a diverse range of therapeutic interest areas such as diabetes and infectious disease. In New York, he says, "early-stage investing is almost non-existent." While Accelerator has been sourcing opportunities in the city for many years, new leadership at the partner institutions has come on board recently, with "a much more commercial bent," furthering public-private collaborations that will "push these technologies further along," Le says.

"We're trying to build a community where people can collaborate and share ideas," he continues. "We hope that will create a flywheel effect, encouraging people to start companies and cluster them in a way that makes it attractive in the New York/New Jersey corridor."

Accelerator, unlike many VC investors, includes the word "facilities" in its mission statement. There's a reason for that.

"It's often the case that the facilities component is a tremendous expense at the early stages of a company," says Le, who's seen plenty of companies during his 17 years in the business spend too much time and money and effort negotiating facility and lease details, until "operational hassles consume a lot more time than the science itself."

Accelerator solves that problem by having lab suites wired and ready to go, so scientists can order supplies from day one, and economies of scale can be leveraged across multiple companies for such specialized needs as dealing with biohazards or supplying particular reagents.

"You can waste a third to half of your time figuring it all out," says Le. "That is part and parcel of why our model is very different. You can't get this kind of efficiency unless you're doing it with multiple companies."

Le says Accelerator owes no small debt of gratitude to Alexandria, one of its anchor investors. Joel Marcus, co-founder, chairman and CEO of Alexandria, called this "a critical moment for the Alexandria Center for Life Science and for New York City more broadly."

Asked to assess the status of the Center, Marcus tells Site Selection, "We think it's pretty spectacular. We're 102-percent occupied at the East Tower, with mobile labs in the basement. In the West Tower there are four floors left. One current tenant may be putting its hand up for one or two of those floors, and the others are under early discussions. That would essentially move us to 100-percent occupancy, with great, varied tenants. And we would then potentially look at doing something on the remaining site for a 400,000-square-foot building. We feel very good, with big pharma, biotech big and small, nonprofit institutions, capital on site through the Accelerator, a big venture arm. We're feeling as comfortable with our original thesis as we've ever felt."

Asked about business-friendly signals from the new administration of New York Mayor Bill de Blasio, Marcus says he's pleased to see that Kyle Kimball has continued on from the Michael Bloomberg administration as president of the city's economic development corporation (NYCEDC). "We think that continuity is very good, and they're very focused on the life sciences and technology ecosystems," he says, calling the public and private sectors "very well aligned." Meanwhile, Millennials keep pouring into the city to populate the talent base. 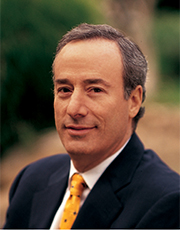 Accelerator's Thong Le says it took well over three years to piece together a deal to establish a presence in New York. "It takes a very deliberate set of circumstances," he says. "For us it's not a simple issue to just say, 'Okay, we want to go here.' "

But, he says, "There are a number of places we think we could viably create an Accelerator," including Texas. And the organization has at least looked around in Europe and Asia. But it's not about global domination, Le says. It's more about pulling together the right resources, institutional partners and strong investors, preferably with local roots.

Marcus is not so reticent about where to go next.

"Early next year we'll probably launch an ag-tech accelerator in Research Triangle Park," he says. The syndicate has "pretty much pulled together," and the firm hopes to close in January. And coming off the hosting of its latest summit on digital health in New York this spring, Alexandria is looking at launching a digital health accelerator in San Francisco in late 2015 or early 2016. As the company noted in April, it's established a strong presence to serve "this unprecedented convergence of life science, healthcare, and technology" that is occurring in the nation's urban centers of innovation, including New York City, San Francisco, Greater Boston, Seattle, and San Diego.

"We think it's a pretty huge opportunity," he says.

When Alexandria's team thinks that, the odds have tended to lean in their favor.