The data show how diseased economies affect livelihoods as well as life itself. 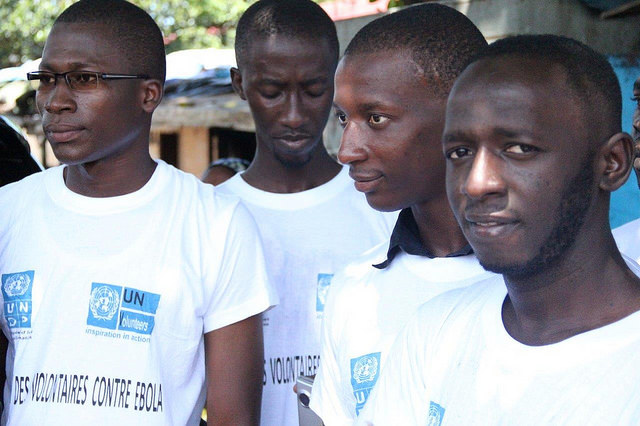 In Guinea, UNDP supports a volunteer program where local youths go into neighborhoods of Conakry, demonstrating hygiene practices. Due in part to their roles as caregivers, women, who represent up to two-thirds of the agricultural work force in Guinea and Liberia, represent 62 percent of the sick in Guéckédou, Guinea where the epidemic first appeared, and up to 74 percent in Télémilé, north of the capital Conakry.
Photo: Nicolas Douillet/UNDP
by ADAM BRUNS

No starker illustration exists of the ties between life sciences work and all work than in West Africa, where the Ebola outbreak is threatening the livelihoods of millions, says a new study from the United Nations Development Program (UNDP) released Dec. 10. Among the sobering findings: 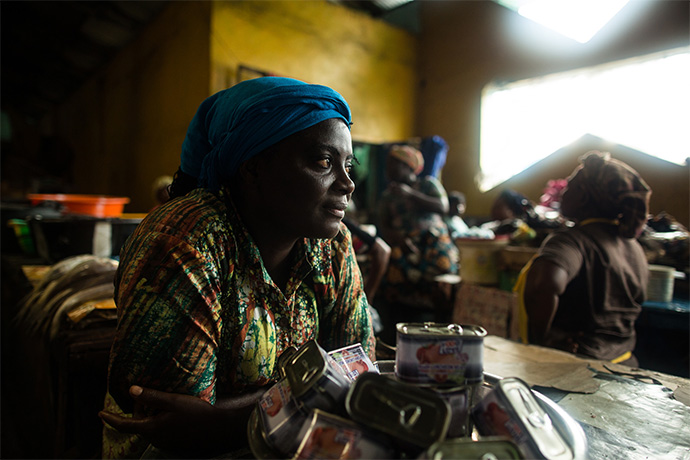 Ortetha Sampon, 40, sells fish in Waterside Market next to West Point in Monrovia, Liberia, in September. Before the ebola outbreak she sold 50-100 fish a day. By September she was selling less than half that amount.
Photo: Morgana Wingard/ UNDP

The findings build on other findings from recent UNDP reports on economic impact of the disease: 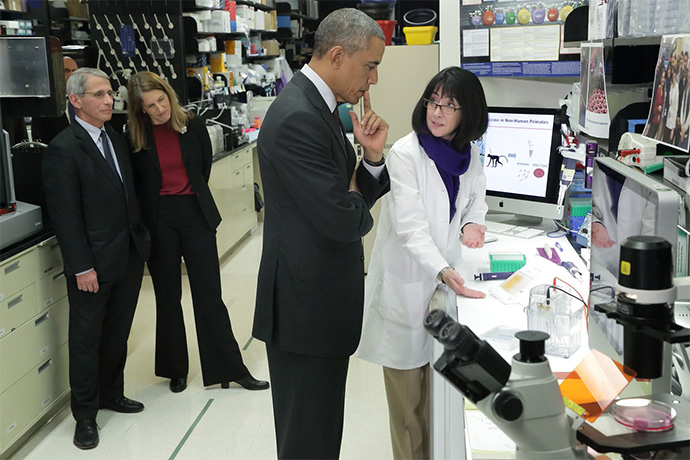 The outbreak comes just as the outlook for African economies — and corporate investment interest — has been rising. Africa as a whole saw economic growth of 4.5 percent in 2013, and up to 72 million jobs are expected to be created on the continent by 2020. West Africa's economy grew by 6.9 percent in 2012 after 5.9-percent growth the year before, as countries such as Sierre Leone and Liberia gradually recover from wars. But nearly 250 million Africans face water shortages by 2020, and even as exports have been rising, nearly half of sub-Saharan Africans live in poverty.

The region has had the second highest growth in the Human Development Index (HDI) after South Asia in the past 10 years. "Of the 14 countries in the world that recorded HDI gains of more than two percent annually since 2000, 11 are in the Sub-Saharan Africa region," reports the UNDP. "These top-performers include a mix of countries with or without resources as well as diversified and high-performing agriculture-based economies like Angola, Ethiopia, Mauritius, Rwanda and Uganda, with Sierra Leone showing the second-highest human development improvement in the world since 2000."

Site Selection's New Plant Database has tracked a handful of notable corporate facility investments in the region over the past few years, including an office and distribution operation from cocoa concern Agriterra in Kenema, Sierra Leone, and a $180-million steel plant from First Step in a new special economic zone at Port Loko, Sierra Leone, both announced in 2012.

The UNDP's report calls for boosting informal and formal loan schemes and microfinance; stepping up support for the production of food, through cash transfers, equipment and seeds; and continued promotion of food and other commodities, noting that "continuing to build skills among the labor force is key to ensuring businesses can survive and improve themselves after the crisis has ended." 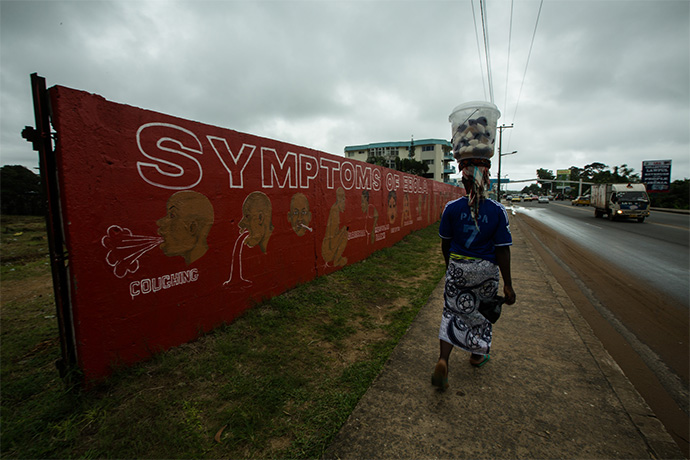 A resident walks past a mural about the dangers of the Ebola Virus painted on a wall off Tubman Boulevard in Monrovia, Liberia.
Photo: Morgana Wingard/ UNDP

NORTH CAROLINA: Sometimes A State Really Does Have the Best Work Force (Sep 17, 2013)