A US firm’s newest global node takes shape in the Netherlands. 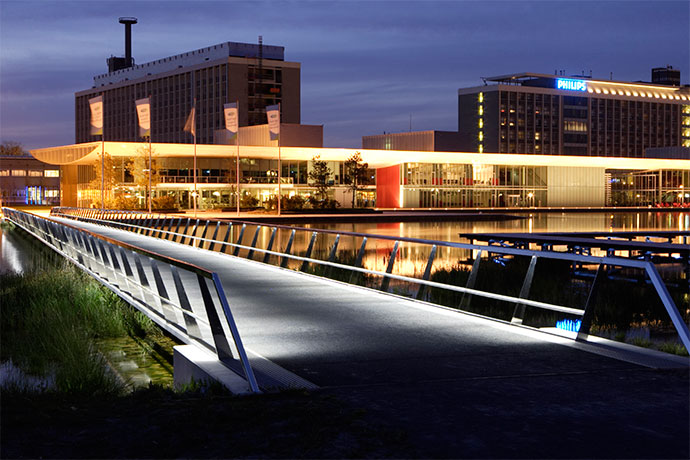 High Tech Campus Eindhoven in the Dutch province of Brabant is home to companies such as Philips Healthcare.
Photos courtesy of BOM
by ADAM BRUNS

Inmark, a specialized packaging firm serving everything from food and beverages to chemicals, pharmaceuticals, biologics and clinical specimens, has chosen Raamsdonksveer, Brabant, Netherlands as a base for its European operations, joining a current global portfolio that includes six US locations, one in Singapore and one in the UK. Inmark will use its new branch to concentrate its European marketing and sales, logistics and production activities

The project will begin with only 10 employees. But it represents some emerging trends: A focus by economic developers worldwide on smaller firms packing a big global punch, and the gradual development of clusters — in this case a logistics and cold chain cluster in this southern region of the Netherlands.

Inman, based in metro Atlanta, Ga., was searching Europe, and in the process connected with the Netherlands Foreign Investment Agency (NFIA) in Atlanta, which is affiliated to the Dutch Ministry of Economic Affairs. Both the Brabant Development Agency (BOM) and the regional development authority REWIN supported Inmark and helped with issues such as finding a site, says a release from BOM, making contact with the municipal authorities, HR matters, and introductions to a wide range of parties. Jones Lang Lasalle advised Inmark Packaging on the real estate side of the project.

“Its central location, close to numerous highways and relatively close to the ports of Antwerp and Rotterdam, was a major reason for settling on Raamsdonksveerj,” Inmark CEO David Oyler said of the final location and the overall region of West Brabant. “The availability of sufficient and well-trained staff was another decisive factor for us. And of course there was also the fact that we were keen on the Netherlands because the Dutch and Americans seem to click with each other – they have a similar approach to business. Thanks to the professional support we received from the NFIA, REWIN, and BOM, we experienced no teething problems whatsoever.”

“Inmark Packaging will not only find an outstanding infrastructure network in Raamsdonksveer, it will also see that we have created an excellent knowledge network, thanks to companies already present here,” said Geertruidenberg Municipal Mayor Willemijn van Hees. “It is important to us that we continue to expand and develop this network, and the knowledge and experience that an international company like Inmark can contribute is very welcome.” 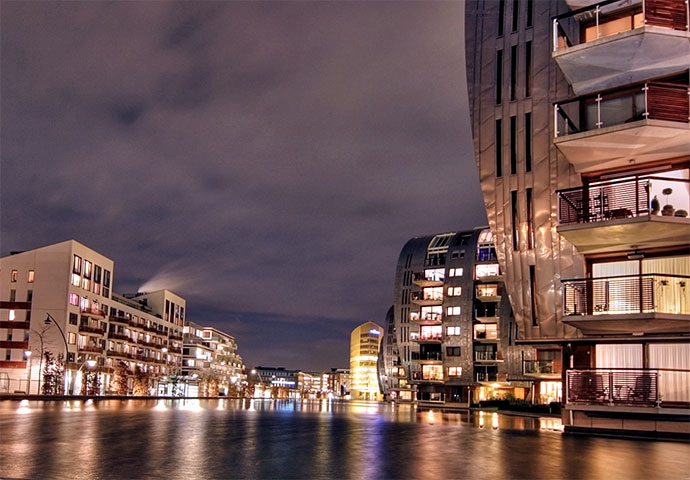 Among the attractions in the Dutch province of Brabant is the Paleiskwartier Den Bosch, a redeveloped industrial area in the city of Hertogenbosch.

After helping foreign firms create 942 jobs in the province in 2012, BOM Foreign Investments set a new record in 2013 with over 1,000 new jobs created by 35 foreign companies opening offices or expanding in the region. A further 300 jobs were retained.

“The Indian IT service provider Wipro was the biggest job-creator — 270 in total — when it set up shop in Eindhoven, while runners up were the US-based Cognizant Technology and Indian Infosys IT companies, with 120 jobs apiece,” said the agency earlier this year. “Another major acquisition for Brabant was Tesla Motors, with the American electric car maker generating 80 jobs [in Tilburg] as well as a great deal of publicity.”

Peas in a Pod

But the pairing of life sciences and logistics has been the region’s signature play. 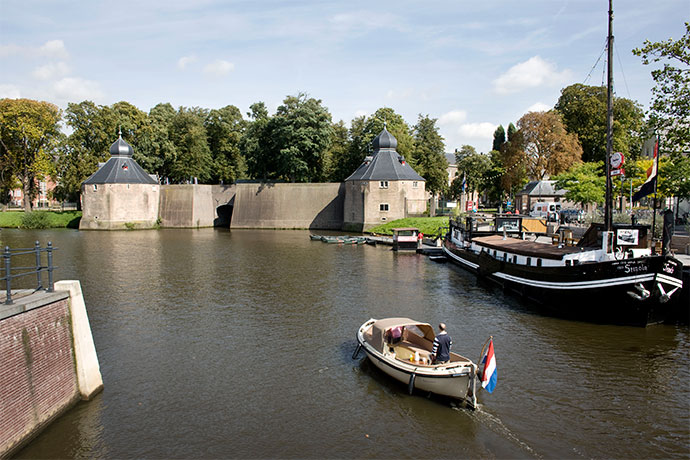 The Spanjaardsgat district in Breda is a popular tourist destination.

Abbott’s 250,000-sq.-ft. (23,000-sq.-m.) warehousing and distribution center in Breda was established in 2006 after a Europe-wide search, and is part of a countrywide Abbott presence that employs around 2,500 people. The company traces its history in the country back to 1952, with its first factory landing in Zwolle in 1960. Vascular products are distributed to EMEA and the Asia Pacific from a center in Heerlen (Maastricht).

“Abbott Warehousing & Distribution in Breda takes on a pivotal role in distributing our drugs, medical nutrition products and veterinary drugs to over 160 nations,” says a testimonial from Jolanda Cortlever, GM for Abbott’s branches in Breda and Zwolle. “We move our products through distribution centers and Abbott branches in Brazil, Russia, India, China, South Africa and numerous others. Furthermore, we are also increasingly supplying end-users in Western and Eastern Europe from Breda.”

The Breda facility is configured like a silo, and uses robotic forklifts to move around some 30,000 pallets on scaffolding that is 30 meters (98 ft.) high. Like Inmark’s leader, Cortlever noted proximity to the two ports, as well as airports in Amsterdam, Frankfurt and Paris.

“The transportation environment must be the absolute best possible, as many drugs are temperature-sensitive — a factor which is always the case when it comes to biological medicines,” said Cortlever. “It is clear that transport has become an additional specialty for Abbott in Breda.”

Amgen’s European Logistics Center landed in Breda in 1997. Today it is home to five different Amgen organizations (including a finance shared services center) and employs more than 450 people.

But small starts are important too — and can lead to bigger things. Like Inmark, Scottsdale, Ariz.–based Global Dental Science employed just 10 people in Tilburg in fall 2013. The maker of dentures announced in October 2013 that it would expand, making Tilburg its first European digitized production location, and growing to at least 100 full-time jobs by 2016-2018 in R&D, sales and distribution.

The Pivot Park Screening Centre is part of the Pivot Park (Oss, Brabant, the Netherlands), a life sciences park that offers lab space, office space and equipment as well as start up support for drug discovery to a range of companies.