A new white paper co-published by the Industrial Asset Management Council (IAMC) and the Society of Industrial and Office Realtors (SIOR) sheds light on re-using aging building stock and designing it for re-use in the first place. It also shines a light on the prominent leadership role of life sciences firms in doing so.

Funded by the SIOR Foundation, "Designing Flexibility Into the Industrial Workplace,", authored by Ann Moline, contains some compelling survey insights.

In January 2013, IAMC and SIOR commissioned a survey of corporate users of industrial space to learn more about flexibility and adaptive re-use of industrial buildings. With 63 completed returns, the survey achieved a 37-percent response rate.

Among its primary findings:

Of the 13 survey respondents who said they had repurposed regulated manufacturing facilities (pharmaceutical and food), seven said that the average time to completion of such projects fell between one and two years. “Two respondents reported projects that averaged three years or more, while three said their projects took between six months and a year. One respondent reported an efficient, less-than-six-month completion time.”

Respondents also said that specialty requirements associated with the new uses, such as installation of specialized infrastructure, represented a key cost factor when repurposing existing properties. And sometimes, these specialized requirements prevent users from re- using existing facilities. “We always start from scratch because our equipment and infrastructure is so specialized that it wouldn’t make sense to try to re-use something that’s there,” says one corporate owner. “Besides, the building itself is the least expensive aspect of our plant. The cost is in our infrastructure and equipment, and that wouldn’t be any different if we were using an existing facility or if we were doing something greenfield.”

Models Worth a Second Look

The report looks in on two projects from the life sciences sector. The first is the complete makeover of the former NECCO Wafer plant in Cambridge, Mass., built by the New England Confectionery Co. in 1926, into the research HQ for the Novartis Institutes for BioMedical Research.

“The $175 million Novartis project moved forward within a tight, two-year time frame and involved an unusual decommissioning process: removing sugar residue from the building’s floors and walls,” reports Moline. “It meant cleaning the old-school way — with bleach and hot water.”

But, as a company history of the facility documents, the signature water tower atop the building, fashioned to look like a roll of NECCO Wafers, was preserved. “The tower became an instant landmark on the Cambridge skyline and has become an important part of the city’s architectural fabric,” says the Novartis document.

Other notable adaptive re-use efforts include the conversion of the original power plant that had coal-fired boilers into a 20,000-sq.-ft. amenities building, which houses a 180-seat, fully-wired auditorium and a full-service cafeteria. Novartis also was awarded $850,000 in rebates for installation of energy-efficient equipment and materials including individually air-controlled fume hoods and high performance light fixtures.

Another look inside the life sciences comes from an unnamed biotech company, which chose to move forward with an open concept for its new lab/R&D complex, much to the chagrin of some of its scientists.

“Many of them consider themselves introverts by nature,” the firm’s facilities director told Moline, “so when we talked about working in open spaces, they got kind of nervous.”

The best solution ended up being a hybrid, mixing open areas with private nooks and crannies, and using Steelcase’s “Mediascape” furniture system, among other features, to create small, collaborative workspaces that can be moved as layout needs change. Utilities and services such as dishwashing are centralized and shared. A “freezer farm” features several commercial-grade freezers where samples can be stored at extremely cold temperatures, but smaller freezers are located near scientists’ individual workspaces for convenience.

“In addition to the workforce culture issues, fire code requirements, permitting, and the nature of the activities taking place all add to the complexity of the project,” says the white paper. “Work with solvents — a commonplace activity in a lab setting — comes with significant restrictions. ‘These activities have to remain anchored on the lower floors due to these restrictions, so that does constrain your flexibility,’ the director notes.” But he comes down on the side of a flexible future: “Designing for maximum flexibility will pay off in the long run,” he says.

An "Adaptability Checklist" in the white paper lists what to look out for by facility type. For lab and research properties, the list includes: 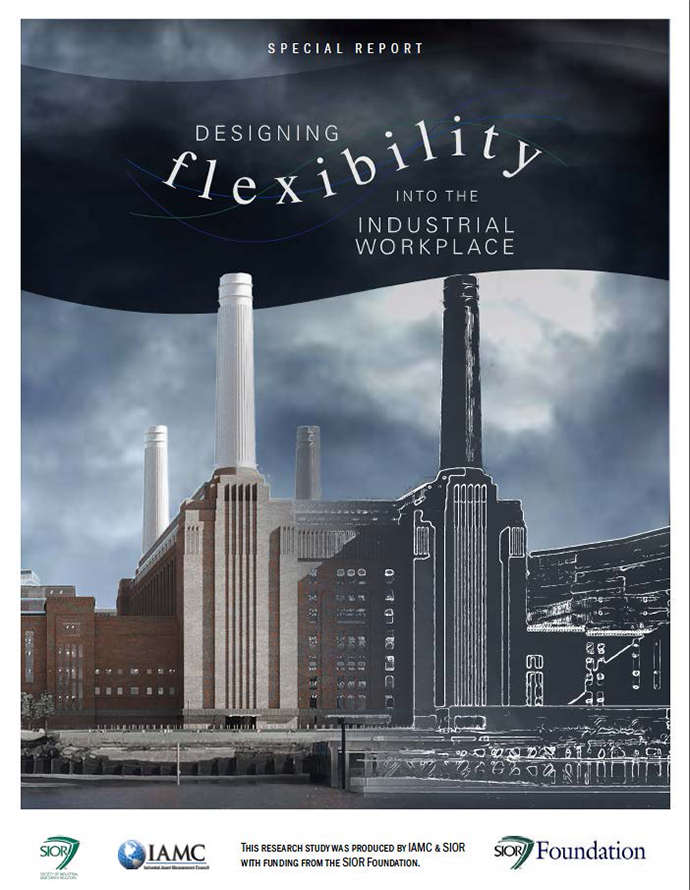