San Diego acts fast to keep the lights on at Illumina. 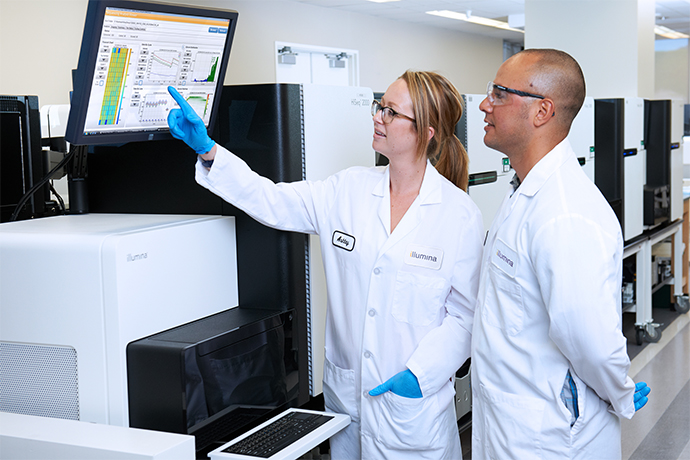 The San Diego area is home to some 1,500 employees of Illumina, which is the city’s 12th largest sales/use taxpayer.
Photo courtesy of Illumina
by ADAM BRUNS

Illumina, a developer and manufacturer of instruments used to sequence human genomes, was recently named "World's Smartest Company" by the MIT Technology Review, ahead of fellow California innovators Tesla Motors and Google, among others. Losing the company to another jurisdiction would be … well … not so smart.

On Tuesday this week, San Diego Mayor Kevin L. Faulconer joined Illumina Inc. CEO Jay Flatley to announce an agreement that will keep the medical device company and its approximately 300 "middle-class manufacturing" jobs in San Diego. The City will provide a tax rebate in exchange for Illumina retaining the manufacturing jobs in San Diego, pending a city council vote scheduled for next week to ratify the agreement.

"We're excited to continue to grow a state-of-the-art campus that will not only contribute to Illumina's success, but also contribute to the growth of San Diego's life sciences community, to the advancement of genetic research, and ultimately to help people around the globe realize the benefits of personalized medicine," said Jay Flatley, Illumina's CEO.

Illumina, founded in San Diego in 1998, has over 1,500 employees within San Diego and is the city's most highly valued biotech company, with its world headquarters, product development, sales, shipping, receiving and manufacturing all based in San Diego. The company is the City's 12th largest sales/use taxpayer — approximately $1.3 million annually in the most recent year. Illumina's other primary manufacturing locations include Hayward, Calif., and an off-shore location in Singapore. The company leases 6 buildings in San Diego totaling over 560,000 sq. ft. (52,024 sq. m.). 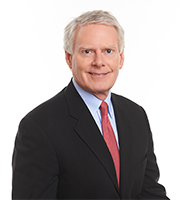 Illumina also recently entered into a 10-year, 97,700-sq.-ft. (9,076-sq.-m.) lease agreement with Alexandria Real Estate Equities in San Francisco's popular Mission Bay district. That's where the company in February announced the launch of the Illumina Accelerator Program, the world's first business accelerator focused solely on creating an innovation ecosystem for the genomics industry. Its goal is to speed the time to market and lower the barriers to entry for entrepreneurs, start-ups and early stage companies working on scientifically and commercially promising next-generation sequencing (NGS) applications.

Through the accelerator's six-month program, Illumina will provide invited participants with technology and business guidance and $100,000 in support, including access to sequencing systems and reagents, as well as fully operational lab space in close proximity to the company's planned R&D facilities in San Francisco's Mission Bay. Initial partners include prominent technology investor Yuri Milner, who will offer each participating company $100,000 in exchange for convertible notes, and Silicon Valley Bank, which intends to provide banking services and credit to each participating company.

Earlier this year, San Diego realized it needed its own innovation ecosystem, and needed it fast — something like a 3-D printing lab for policy.

Just as Faulconer was taking office this spring, Illumina was considering a variety of options to expand its manufacturing operations, including locations outside the city and state. Almis Udrys, director of performance and analytics for Mayor Faulconer's office, says the team at San Diego Regional Economic Development Corp. gave the mayor's office the heads up.

"As soon as we got that call," says Udrys, "the mayor said, 'I have to get out there and meet these people.' We effectively dropped everything and went to talk to them."

For the next three months Udrys was the point man in drawing up an incentives agreement primarily focused on retaining manufacturing jobs in the city. Manufacturing is one of four base-sector economic engines in San Diego, along with defense, tourism and international trade and logistics. The San Diego Regional Economic Development Corporation worked with the city to verify that Illumina was evaluating manufacturing leases in San Diego, Poway and Memphis, Tenn.

"We haven't engaged in this type of agreement for many years," says Udrys, "so this was a newer animal to develop. I'm pretty proud of how quickly we were able to do it. If we had more experience, we might have been able to go even faster. I hope this is a model we can replicate in the future with others."

Among the terms of the 10-year Economic Development Incentive Agreement, Illumina is eligible to apply increased sales and use tax revenue it generates over the course of the agreement toward a $1.5 million tax rebate from the City, which it would receive after the City verifies the new revenue. The City will retain 30 percent of Illumina's sales tax revenues in addition to the current level of sales and use tax generated by Illumina. After the $1.5-million tax rebate cap has been reached or the term of the 10-year agreement ends, the City will return to receiving 100 percent of Illumina's tax revenue.

In exchange, Illumina will retain all of its existing manufacturing jobs and sales force within San Diego, at any site of its choice, during the 10-year term of the agreement.

"This is a perfect example of how San Diego can support middle-class jobs while also encouraging economic growth," said Mayor Faulconer. "This agreement keeps hundreds of high-wage jobs in San Diego, ensures city residents benefit from over a million dollars in annual sales tax revenue, and strengthens our region's leadership in biotechnology."

"Not only do we have a Mayor that values economic development and job creation," said Mark Cafferty, president and CEO of San Diego Regional EDC, "but we also have a cutting-edge company showing how much they value San Diego's dynamic workforce, manufacturing expertise and research capabilities."

"Illumina's announcement that they are expanding in San Diego demonstrates the ability of California cities to develop creative solutions and encourage manufacturing investment," said Kish Rajan, director of the Governor's Office of Business and Economic Development (GO-Biz). 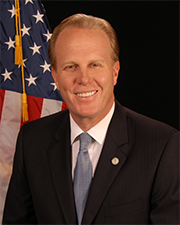 The timing couldn't be better, coming off the city's universally praised hosting of the huge BIO Convention in June. Rajan calls the momentum since the event "fabulous," and was especially impressed by the level of international interest in his state, including specific inquiries from delegations hailing from Australia and Northern Ireland. He also noted repeated inquiries about linking to the state's renowned higher education system.

"I get that a lot, not just at the BIO conference," he says. "The interest in connecting at the academic and R&D level is very high."

California's interest in developing incentives at the state level has heretofore been very low. But it does have its California Competes tax credit program, as well as a new exemption, effective July 1, from the state's 4.19-percent sales tax for all biotech R&D equipment purchases. Rajan says the new application window for a total of $150 million in available business tax credits has not yet been officially opened.

"Once we open up the new application window for this new fiscal year, of course they would be eligible to apply," he says. "We certainly had those discussions with them, so they were aware of that program and other state programs they could potentially avail themselves of." Rajan says while no specific program or commitment came from the state in this instance, he thinks the greater awareness of the range of state programs that do exist, combined with what the city put together, "helped change the equation."

While state incentives were certainly a part of the picture, Udrys says "it's been a difficult slog in San Diego and generally in California" when it comes to economic development, because of the regulatory and cost challenges many companies face.

"We quickly realized the city has to take matters into its own hands and do something above and beyond what's available at the state level," says Udrys. "We wanted to give them reasons to stay in San Diego versus any other place in the state, nation or world."

Udrys says the decision hinged on that incentives agreement and the good-faith effort demonstrated by the city's team. "Admittedly, $1.5 million over a potentially 10-year term is not like you're selling the farm. But it is a significant indication, particularly given that we haven't done something like this for quite a while.

"Before the mayor stepped in," says Udrys, "they weren't certain how much the city was interested in their presence. The government does a lot of stuff, so sometimes you forget about the people propping you up and keeping you going. These businesses are our lifeblood."