Major corporate takeovers that allow for the ‘enhanced access to cash’ that comes with moving abroad draw scrutiny, but might also drive growth. 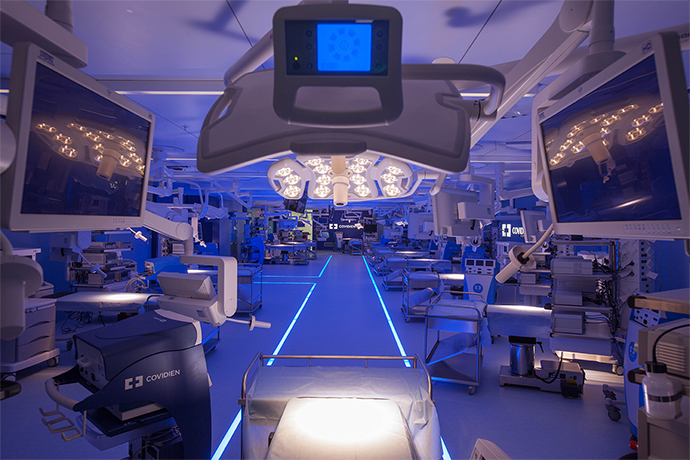 Covidien in May opened this Covidien Center of Innovation Turkey in Istanbul, part of a network of such centers in emerging markets that will soon include Brazil. The company, registered in Ireland, is operationally based in Mansfield, Mass. It’s being acquired by Minnesota-based Medtronic, which will move its registered domicile to Ireland, but has also pledged to Minnesota’s governor to create 1,000 jobs in the state in the next five years. Got it?
Photo courtesy of Covidien
by ADAM BRUNS 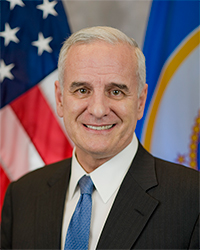 Minnesota Gov. Mark Dayton (pictured) received assurances from Medtronic Chairman and CEO Omar Ishrak that job creation would continue in the state where the company was founded, even as its domicile shifts to Ireland.

While cable TV watchers are transfixed this summer by border crossings by undocumented children, tax revenue watchers are more concerned by the brazen border jumping of grown-up companies.

Prefer a more pleasant metaphor? It is summer music festival time, so perhaps all the corporate ocean-hopping could go by a new name: Inversion-palooza.

Tax inversion, to be precise. Otherwise known as the tax-motivated company takeover, so that the newly merged entity can park its registered location and its money outside the US to avoid an onerous corporate tax burden. It’s not quite the same as the Bermuda-type tax shelter racket … but it’s close.

To continue the metaphor, the list of inversions and attempted inversions reads like a global life sciences stadium concert’s all-star lineup — some 20 in all, part of nearly 50 companies to move their address offshore. But while some road-weary musicians might start to think one town looks like another, Inversion Tour 2014 really does revisit the same venues. A quick review of the headliners:

The newly merged entity, “New AbbVie” in the carefully worded documentation, would be based in Shire’s home base of Jersey in the UK. But oddly enough, Shire itself keeps a separate mailing address … at the Citywest Business Campus, in Dublin. The New AbbVie Group “would operate under a new holding company, New AbbVie, and would retain operational headquarters in Chicago, as well as a strong presence in the US and the UK,” say the documents.

Dr. Flemming Ornskov, the CEO of Shire, currently works out of Lexington, Mass., where the company a few years ago revamped a former Raytheon site for a new headquarters campus. Ornskov now will lead the integration on behalf of Shire and oversee the creation of a Rare Disease business unit within New AbbVie following completion of the transaction. He will be based in Switzerland.

AbbVie’s current corporate tax rate is 22 percent. As stated in today’s released documents, the AbbVie Board expects the transaction “to reduce New AbbVie’s effective tax rate to approximately 13 percent by 2016 and provide New AbbVie with access to its global cash flows.”

“Since January 2012, 20 U.S.-registered companies have shifted their legal address abroad to lower their tax rate or struck deals to do so.”
— Bloomberg News, July 18

According to a Bloomberg report, “a congressional panel estimated this year that preventing future inversions would preserve $19.5 billion in otherwise [foregone] tax revenue over the next 10 years.”

The Stop Corporate Inversions Act of 2014, introduced by US Rep. Sander Levin (D-Mich.) in May, now sits with the House Ways and Means Committee. According to a bill summary, it would amend the IRS Code “to revise rules for the taxation of inverted corporations (i.e., U.S. corporations that acquire foreign companies to reincorporate in a foreign jurisdiction with income tax rates lower than the United States) to provide that a foreign corporation that acquires the properties of a U.S. corporation or partnership after May 8, 2014, shall be treated as an inverted corporation and thus subject to U.S. taxation if, after such acquisition: (1) it holds more than 50 percent of the stock of the new entity (expanded affiliated group), or (2) the management or control of the new entity occurs primarily within the United States and the new entity has significant domestic business activities.”

Life sciences giants do not get off easy in the Offshore Shell Games 2014 report released June 5 by the US Public Interest Research Group Education Fund (PIRG) and Citizens for Tax Justice. Pfizer operates 128 subsidiaries in tax havens and officially holds $69 billion in profits offshore for tax purposes, the third highest among the Fortune 500, claims the report. Pfizer recently unsuccessfully attempted to acquire UK-based AstraZeneca with the intent of reincorporating as a foreign company, in an increasingly common practice known as tax inversion. Successful inversions have come via Endo Pharmaceuticals’ purchase of Paladin Labs and re-registration in Ireland, and with this week’s purchase of Covidien Plc by Medtronic, which likewise aims to domicile the newly combined firm in Ireland.

According to charts in the PIRG report, life sciences companies with the most cash parked offshore include Pfizer (fourth overall, with $69 billion), Merck (fifth, with $57.1 billion), and Johnson & Johnson (seventh, with $50.9 billion). A little further down the list of the top 30 companies by cash offshore come Amgen (19th, $25.5 billion), Abbott (21st, $24 billion), Bristol-Myers Squibb (also with $24 billion), Eli Lilly ($23.7 billion) and Medtronic, with nearly $20.5 billion and 37 offshore subsidiaries ... before the purchase of Covidien.

It all appears to be bad news for the US. But it might not be.

Corporate leaders continue to tout the proverbial synergies such mergers will produce. But it’s hard not to blurt out how great it is to be able to self-fund some of those new drug platforms and R&D with the capital they’ll finally be able to access under the new inverted structure.

"By combining AbbVie and Shire, we’re creating a unique, diversified biopharmaceutical company,” said Richard A. Gonzalez, Chairman of the Board and CEO of AbbVie. “The combined company would benefit from a best-in-class product development platform, a stronger pipeline and more enhanced R&D capabilities. The combination of AbbVie and Shire is attractive for shareholders of both companies, bringing the potential for strengthened sustainability of top-tier EPS growth, attractive free cash flow and enhanced cash returns to shareholders. The combination would provide us with enhanced access to cash that we can use to expand our portfolio and fund M&A to supplement organic growth."

Medtronic’s tax rate will remain about the same, but it can use more of the profits it makes outside the US to invest into business growth everywhere — including the US, where it was founded 65 years ago in Minnesota. The June deal prompted Minnesota Gov. Mark Dayton to issue the following statement:

"Medtronic’s Chairman and CEO, Mr. Omar Ishrak, informed me last night of his company’s plans to acquire an Irish company,” Dayton said on June 14. “As Governor of Minnesota, my primary concerns were this merger’s effects on the Minnesotans currently working at Medtronic, and its implications for the company’s continued growth here.

"During my conversation with Mr. Ishrak and in further discussions today between senior state and Medtronic officials, we were assured that the company intends to keep its operational headquarters here in Minnesota and that no jobs will be lost here due to this transaction. Company officials also told us that Medtronic intends to create over 1,000 new medical technology-related jobs in Minnesota during the next five years, in corporate management, research and development, engineering, and manufacturing. That is tremendous news for Minnesota and evidences the company’s continued commitment to our state.”