Life sciences giants do not get off easy in the Offshore Shell Games 2014 report released June 5 by the US Public Interest Research Group Education Fund (PIRG) and Citizens for Tax Justice. Pfizer operates 128 subsidiaries in tax havens and officially holds $69 billion in profits offshore for tax purposes, the third highest among the Fortune 500, claims the report. Pfizer recently unsuccessfully attempted to acquire UK-based AstraZeneca with the intent of reincorporating as a foreign company, in an increasingly common practice known as tax inversion. Successful inversions have come via Endo Pharmaceuticals’ purchase of Paladin Labs and re-registration in Ireland, and with this week’s purchase of Covidien Plc by Medtronic, which likewise aims to domicile the newly combined firm in Ireland.

According to charts in the PIRG report, life sciences companies with the most cash parked offshore include Pfizer (fourth overall, with $69 billion), Merck (fifth, with $57.1 billion), and Johnson & Johnson (seventh, with $50.9 billion). A little further down the list of the top 30 companies by cash offshore come Amgen (19th, $25.5 billion), Abbott (21st, $24 billion), Bristol-Myers Squibb (also with $24 billion), Eli Lilly ($23.7 billion) and Medtronic, with nearly $20.5 billion and 37 offshore subsidiaries ... before the purchase of Covidien.

On May 28, Italian pharmaceutical company Recordati broke ground for its $50-million production facility in the Cerkezkoy Organized Industrial Zone in Tekirdag province in northwestern Turkey. Slated to reach operational capacity by early 2016, the plant will manufacture drugs for various therapeutic uses, in particular, cardiovascular and urogenital diseases, creating 130 new jobs.

Greater Charleston, S.C., welcomed two new pharma projects over the past six weeks. On June 17, specialty pharma company New World Pharmaceuticals and its sister company New World Consumer Products announced they will locate their headquarters in Charleston County, investing more than $21 million and creating more than 38 new jobs over the next five years. New World will be participating in the South Carolina Research Authority’s (SCRA) SC Launch program that supports the growth of the knowledge economy in South Carolina. The Coordinating Council for Economic Development approved job develop credits for the project, which will be located at Flagship2, also home to the City of Charleston’s Business Development office, which includes the nationally recognized Charleston Digital Corridor and Life Sciences initiatives and the recently launched CharlestonWORKS portal.

In May, Aeterna Zentaris, a Quebec-based specialty biopharmaceutical company developing novel treatments in oncology and endocrinology, announced it would invest $1 million and create 6 new jobs at the SCRA Applied Research Center on International Blvd. in North Charleston.

In addition to the big KWS project in St. Louis, Missouri welcomed two other life sciences projects this month. On June 3, Jurox Pty Ltd, an Australian veterinary pharmaceutical company, announced Kansas City as its US headquarters. The company will invest $741,000 and create 13 new jobs, as well as locate more regional offices throughout the country. The Kansas City region alone accounts for 32 percent of the $19-billion global animal health industry and boasts more than 220 animal health companies, representing the largest concentration in the world.

Across the state in Union, on the same day, Pharma Tech Industries, a pharmaceutical manufacturer and packager of ingestible powders, announced it is expanding its operations with 55,000 sq. ft. of additional manufacturing space, creating 20 new jobs. Both firms were assisted by support and incentives packages from the Missouri Dept. of Economic Development. Headquartered in Athens, Ga., Pharma Tech’s only other manufacturing facility is in Royston, Ga.

Work has begun to construct the Welsh Life Sciences Hub at 3 Assembly Square in Cardiff Bay. J&J Innovation and GE Healthcare are early sign-ons at the hub, which is expected to deliver the equivalent of nearly US$1.7 billion in extra value in the sector by 2022. In a separate announcement, stem cell company ReNeuron has signed an agreement with the Welsh Government to relocate to Wales as part of a nearly $56-million investment. The company will lease a building at the Pencoed Technology Park. 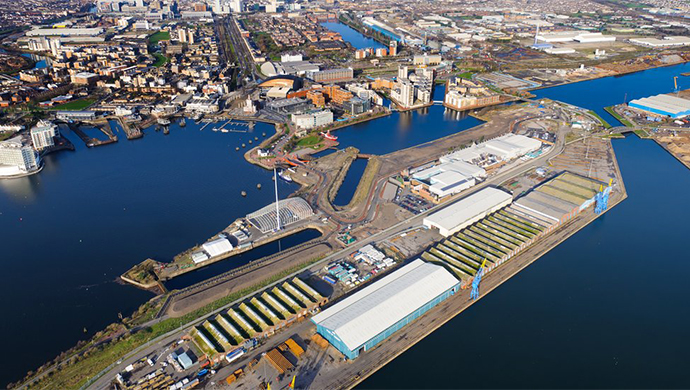 The regeneration of Cardiff Bay in Wales includes the establishment there of the Welsh Life Sciences Hub.
Photo courtesy of Cardiff Bay

National Asset Services has finalized a lease agreement with Wilmington, N.C.-based Pharmaceutical Product Development (PPD) for a 224,979-sq.-ft. space at MetCenter 10 in Austin, Texas. National Asset Services successfully represented the 29 Co-Owner Tenants in Common in the negotiations that resulted in a multiyear lease renewal for the space, which comprises about 65 percent of the total MetCenter 10 building area. Contract research organization PPD will use the medical office space as a 300-bed drug trial facility.

The leased space is part of a larger 345,600-sq.-ft. two-story building that was constructed in 2000 as part of the 550-acre mixed-use MetCenter Business Park campus, located on State Highway 71 just west of Austin-Bergstrom International Airport.

Another CRO, SRI International division SRI Biosciences, will see its 9,400-sq.-ft Phase I Clinical Trials facility completed and fully operational by July 2014 in an expansion of the Michigan Life Science and Innovation Center in Plymouth, Mich., located near academic medical centers in Ann Arbor, Detroit, and Royal Oak and within 20 minutes of the Detroit International Airport. The firm last year expanded its Shenandoah Valley Center for Advanced Drug Research in Harrisonburg, Va., to 40,000 sq. ft. 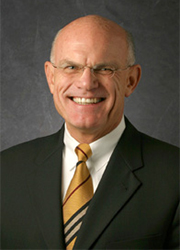 A number of life sciences firms and individuals were among the 25 high-tech small businesses and two individuals to receive the US Small Business Administration’s Tibbetts Award on Monday, June 16, at the White House. Pennsylvania and Maryland led all home states of the winners with three each, with two of Maryland’s going not to companies but individuals, including Richard Bendis, founder of Innovation America, publisher of the Innovation Daily e-newsletter and now president and CEO of BioHealth Innovation in central Maryland. However, adding in two more SBIR Hall of Fame Awards (to Intuitive Surgical, Inc. in Sunnyvale, Calif., and Ultra-Scan Corp. in Buffalo, N.Y.) brings those two states’ counts to three as well.

Validation of the State of Pennsylvania’s showing in the awards above is offered by Pittsburgh-based Fourth Economy, which just updated its 2012 research on the state’s life sciences sector with some reassuring statistics.

On May 22, Dallas-based Cobalt Medical Development broke ground on a new rehabilitation facility in New Orleans’ Bio Medical Corridor. The development, set to take place on a currently vacant lot, brings to the city a $22-million capital expenditure that will result in a state-of-the-art medical facility and rehabilitation hospital treating traumatic brain injuries, concussions and Parkinson’s Disease, in addition to other in- and out-patient services. Construction will create 165 jobs, and the facility will create 165 permanent jobs within three years of its completion. Economic development leaders said the project “is directly aligned with ProsperityNOLA, the New Orleans Business Alliance’s five year plan to drive economic growth for 2018, by fueling growth and synergy within the BioInnovation and Health Services cluster. It will complement the services provided by the UMC and VA Hospitals by maximizing resources and creating a primary healthcare destination location.”