They Want Your Blood 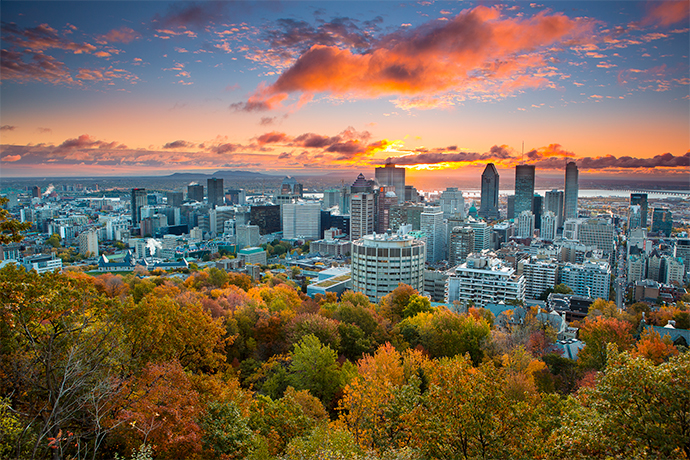 Greater Montréal is home to a longstanding and resilient biopharma and life sciences talent base.
Photo courtesy of Tourisme Montréal
by ADAM BRUNS

Scheduled to coincide with World Blood Donor Day June 14, last week was blood donor week in Canada. That means agencies such as Héma-Québec (the province’s version of Red Cross) were thrust into the spotlight, emphasizing the importance of blood, plasma, tissue and mothers’ milk supply, transfusion and transplantation to saving lives. Some 156,000 donors came forward during last year’s blood drive.

The spotlight also shone on this necessary niche earlier this spring, in April, when Green Cross, a South Korean biopharmaceutical company, announced that it will build a new biologics manufacturing facility in the Montréal area, as part of the company’s efforts to expand its biologics business to North America.

The company anticipates the new plant will be the Canada’s only plasma-fractionation facility. Green Cross Biotherapeutics (GCBT), a new subsidiary of Green Cross, signed an agreement April 4 with Invest Québec to receive a financial commitment totaling C$25 million for the proposed project. The company projects spending more than C$180 million over the next five years.

"This investment will demonstrate our long-term dedication to the patients in the North American region who rely on plasma-derived medicines, and will create hundreds of full-time positions in Montréal" said Il-sup Huh, chairman and CEO of Green Cross.

Construction will begin later this year, with commercial production scheduled to begin in 2019. The new facility will have the capacity to fractionate up to 1 million liters of plasma a year. The Green Cross products that will be manufactured in Canada includes Intravenous Immunoglobulin (IVIG) for patients with infectious and immune disorders and albumin products to treat burns and clotting factor for bleeding disorders.

Also on April 4, GCBT signed an agreement with Héma-Québec to supply Intravenous Immunoglobulin (IVIG) as soon as production begins at the new plant. With this agreement GCBT will supply IVIGs to Héma-Québec for a period of 5 years with three year-or-more renewal options.

“North America is an extremely important market for us. The market for IVIG particularly is booming with Canada one of the world's highest per capita users, and North America constitutes more than 40 percent of the global plasma-products market,” said Young-Ho Kim, President of GCBT. "We expect the annual sales will reach up to C$300 million over the next 10 years. We look forward to delivering the safe and high-quality medicines to Canadians, and we will make our best efforts to provide our plasma based products to patients in other parts of the region as well."

In an interview in late May at Invest Québec headquarters in Montréal, Young-ho Kim, executive vice president overseas business for Green Cross and future CEO of Green Cross Biotherapeutics, said his team employed the services of Deloitte in scoping out a site in Canada, after the company first looked in both Canada and the US.

“They surveyed many of the potential cities in Canada,” he said. During a two-month period after that initial due diligence, “We visited several cities following up on the Deloitte findings, and in the final discussion with Deloitte we decided that this would be the best place for our business.” Support from Invest Québec was key, he said. Moreover, “the organizations in Québec Province and especially here in the Montréal area are very supportive of the newcomer interested in setting up new business.”

That includes support in immigration, work permitting, training and hiring from such agencies as Emploi Québec. “They have a well organized system,” he said. But most of the expertise and labor force will be hired in the area. Kim noted that the supply of qualified talent in various disciplines from fractionation to sales and marketing means “it should be easy to find people who can work with us.”

As for the marketplace, he said products from the new facility will go to both US and Canadian markets … and beyond. Though the company has a longstanding plant in China, “we are planning to cover China with the product from here,” he said, as demand climbs alongside other increasing healthcare needs in the People’s Republic.

Green Cross is one of the first major Korean investments in the area, not to mention the entire province. Invest Québec just established a representative office in Korea in November 2013.

Luc Carignan, director for Invest Québec in the Americas and Asia, said the process of working with Green Cross began about a year ago, after industry leaders in the Montréal area were approached by Green Cross and contacted Invest Québec. The main competitor for the project was Toronto — which is often the case, he said.

“It was difficult in the beginning,” he said. “It’s a new field of R&D, and people didn't know the company.” But the seriousness and high value of the company became apparent after a team visited Korea and met with company leaders. Then, he says, “We went through the steps.”

Key to securing the project was the supply of plasma. It was much easier to get the required plasma from Héma-Québec, which was also ready to buy some of the finished products at the other end. “That was the key,” says Carignan.

Coming to Canada first was also important. While competitors are present in the US, Green Cross will be the first in Canada with this specialized type of facility.

Québec's life-sciences industry includes more than 402 companies employing 25,400 workers. A dozen international pharmaceutical companies have established their Canadian headquarters in Québec, which also is home to more than 36 contract pharmaceutical manufacturers (CMOs) employing over 5,500 workers for their production operations alone.

Headquartered in Yongin, South Korea, Green Cross specializes in the development and manufacture of plasma-derivatives, preventive vaccines, recombinant proteins and therapeutic antibodies. It’s growing internationally, but not just because of the markets it’s targeting:

“Green Cross is a recognized global specialist in the field of fractionated blood productsj,” said the company in April 2013. “However, it has recently faced difficulties in securing blood plasma supplies due to a reduction in the number of blood donations in Korea. Therefore, Green Cross must import blood plasma from the U.S to meet the shortfall.”

That month the company’s US subsidiary Green Cross America (GCAM) announced it had opened its fourth blood center in the US, a facility with production capacity of 60,000 liters annually in Laredo, Texas. Previously it had acquired two blood centers in California, and founded GCAM in 2009. In May 2012, it opened a blood center in Sacramento.

“By exporting this plant, Green Cross will be recognized throughout the world for its technological expertise in plasma fractionation,” said Young-ho Kim at that announcement in Thailand. “We will increase our plant exports by entering into emerging markets that are currently importing all of their fractionated plasma products, including Southeast Asia, Central Asia, the Middle East, and Latin America, thereby enabling them to become self-sufficient.”

Opened in the Ochang Scientific Industrial Complex, Chungcheongbuk Province, the Ohcang production base encompasses 130,000 sq. m. (1.4 milllion sq. ft.) on the entire site, with a total floor area of 60,000 sq. m. (645,855 sq. ft.). To date a total of 203.5 billion won (nearly US$200 million) has been invested there. The plant’s capacity of 1 million liters of blood plasma processing is the largest for a single plant in all of Asia.

The mothership for Green Cross is its production complex in Ochang, Chungcheongbuk Province, South Korea, whose 1-million-liter processing capacity is the largest of its kind in all of Asia.
Image courtesy of Green Cross