Tracking Down a Monster 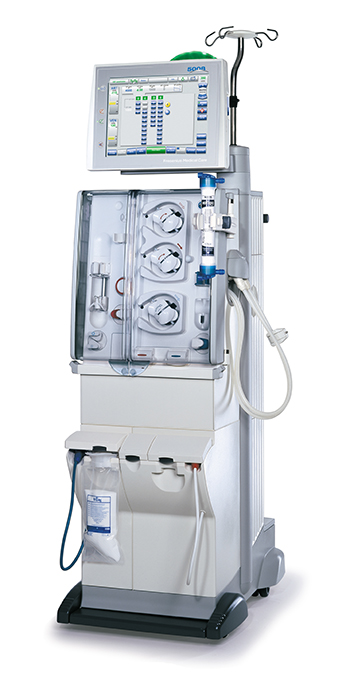 Germany’s Fresenius locates new dialysis products manufacturing in Knoxville, part of a worldwide push to catch up to a pandemic.

The International Diabetes Federation says one in 10 people across the world's population are forecast to have diabetes by 2035, signifying a looming pandemic.

That prospect is daunting for those individuals and populations most afflicted, but tantalizing for the companies acting now to treat them. Witness Google’s January announcement that it’s developing a contact lens that measures glucose levels.

It’s also at least part of the reason many companies are expanding in China and India. China with 98 million, India with 65 million and the USA with 24 million have the highest numbers of people with diabetes.

“When you look at India and China combined, there is probably over an entire US population of diabetic or pre-diabetic people in those two countries that are currently undiagnosed,” said Robin Hooker, director, global strategy, healthcare logistics at UPS, in a talk last week at the MODEX logistics industry conference in Atlanta. He also noted that a diabetes patient’s relationship with therapeutic treatments is usually around 25 years.

But that US population’s third-place status does not inspire a sigh of relief. And companies are continuing to grow to speed treatments to those patients as quickly and profitably as possible.

"In Knoxville, we've found a home with an excellent workforce pool, a facility that will work well for our purposes, and a location that will enable us to serve our customers in the eastern half of the U.S. more efficiently," said Troy McGhee, vice president of manufacturing for Fresenius Medical Care. "We are additionally drawn to the area's outstanding business climate, and are looking forward to developing and expanding our presence here in the coming years." 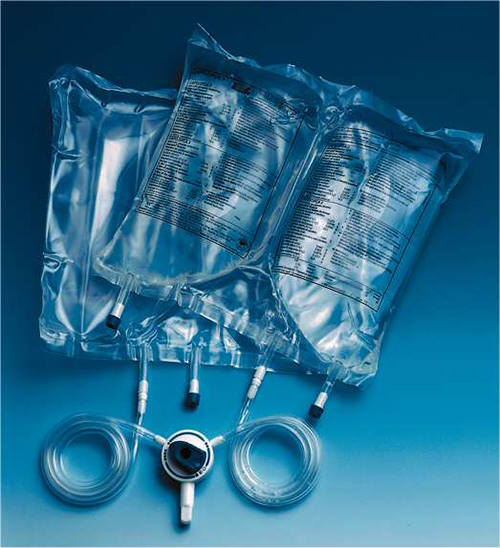 Solution bags similar to these will be the initial product made at the new Fresenius plant in Knoxville.
Photo courtesy of Fresenius

The company will occupy the former 277,000-sq.-ft. (25,733-sq.-m.) Panasonic Building at Forks of the River Industrial Park. The company plans to begin retrofitting the facility later this year. NAI Knoxville has represented the seller during the transfer of the building.

The company is dedicated to raising life expectancy and improving quality-of-life for the one in 10 Americans that will be diagnosed with kidney disease. The Knoxville facility will produce dialysis related products, which will be distributed to Fresenius Medical Care’s clinics and distribution centers in the eastern part of the United States. The company currently serves more than 266,000 patients in 3,250 clinics worldwide, 2,100 of which are in North America. Ten of them are located within a 30-mile radius of downtown Knoxville.

Until now, the company’s North American division, headquartered in Waltham, Mass., has maintained a clinical affairs presence in Nashville, but its manufacturing has been limited to the US West, in Concord, Calif., and Ogden, Utah. Establishing manufacturing in Knoxville finally gives the company an East Coast presence, and helps it save on shipping costs to East Coast customers.

“They’re relocating just a small piece of what’s in Utah as the start of the project,” says Doug Lawyer, vice president of economic development for the Knoxville Chamber. “They’ll be producing specialty distilled water for dialysis, and then the sterilized plastic bags. They’ve basically been making water and then shipping it across the country, and 75 percent of their patients are east of the Mississippi River, so this is a huge savings for them.”

Fresenius Medical Care will begin moving one production line to the Knoxville facility in September 2014. Actual production at the facility is not expected to begin until early 2016, pending a designation from the Food and Drug Administration that the facility is a qualified plant for production. Once production reaches full capacity, the operations will bring an estimated $37 million in annual wages into the region.

According to the Knoxville Chamber, the process to recruit Fresenius Medical Care to the area began in May 2013, and was a collaborative effort by the Chamber, Knox County Industrial Development Board, the state of Tennessee, Tennessee Valley Authority, and Knoxville Utilities Board.

Fresenius joins several other successful medical equipment manufacturing companies in Innovation Valley, including ProNova, Siemens, DeRoyal, and Kimble Chase Life Science. Fresenius will begin hiring in different phases. Toward the middle of 2014 it will begin hiring for support jobs, such as engineering facilities management, and in the fourth quarter of 2015, it plans to begin hiring for other positions such as supervisors, technicians, production line workers and maintenance.

Doug Lawyer says the company first must complete the “monumental task” of getting a vacant electronics plant up to FDA standards. Then the opportunity exists to explore research partnership potential with such area institutions as the University of Tennessee and Oak Ridge National Laboratory. Lawyer also says the potential exists for other products such as machinery to be made at the site.

“They did like that the building and site have expansion capability,” he says. “It’s certainly an opportunity. I toured their place out in Utah, which opened in 1980 and basically has been a nonstop expansion project ever since. I’m hoping to see a similar kind of story here in Knoxville.”

Fresenius Medical Care is the world's largest integrated provider of products and services for individuals undergoing dialysis because of chronic kidney failure, a condition that affects more than 2.5 million individuals worldwide. According to Site Selection’s New Plant Database, the company’s major facility projects since early 2010 have included expansions from its infusion division Fresenius Kabi in Graz, Austria, and the Chicago-area suburb of Long Grove, Ill. in 2012.

As of December 31, 2013, Fresenius Medical Care had 90,690 full-time-equivalent employees worldwide, compared to 86,153 employees at the end of 2012. “This increase of approximately 4,500 employees is due to overall growth in the company’s business and acquisitions,” said the company’s most recent earnings release.

Where might the next increases be occurring? The latest edition IDF Diabetes Atlas, released by the IDF in November on World Diabetes Day, estimates that people living with diabetes will surge from 382 million to 592 million people by 2035, many in low- and middle-income countries and the majority under 60. The IDF said Sub-Saharan Africa will see a doubling in the number of people with diabetes by 2035, the largest surge of any region in the world. In Africa, three-quarters of diabetes deaths are in people under 60 years old

Regionally the Western Pacific, which includes countries such as Australia, China and Japan, has 138 million people with diabetes, the highest number of people with the disease in the world. Other findings from the publication include:

Fresenius will occupy this former Panasonic building in Knoxville.
It was constructed in 1982 and saw seven additions through 2000.
Photo courtesy of NAI Knoxville/Knoxville Chamber