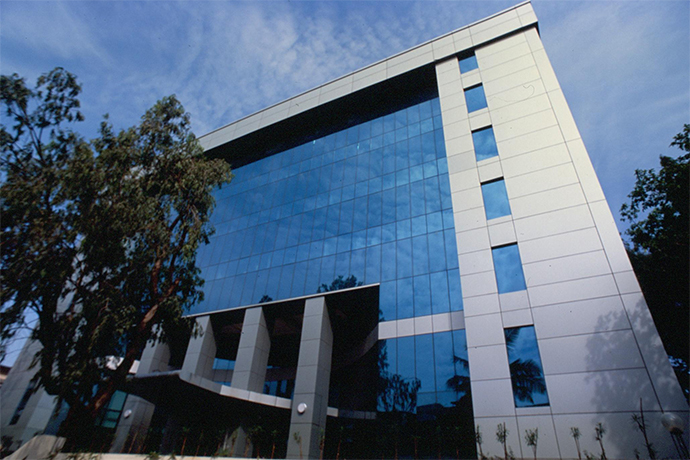 Sun Pharma’s corporate headquarters is located in Mumbai, in the state of Maharashtra, but the company’s roots and much of its manufacturing and R&D originate in Gujarat.
Photos courtesy of Sun Pharma
by ADAM BRUNS

The victory by India’s Bharatiya Janata Party (BJP) in last week’s elections means the former chief minister of Gujarat, Narendra Modi, will be the nation’s new prime minister. At the same time, a pharmaceutical firm that got its start in that same thriving Indian state is making its own play for global prominence.

In April, Sun Pharmaceutical Industries announced its acquisition of fellow Indian pharma giant Ranbaxy Laboratories for US$4 billion, through a stock swap with Daiichi Sankyo, which had purchased a controlling interest in Ranbaxy in 2008. Since that time, however, Ranbaxy has been a drain on resources, primarily because four of its plants were prohibited from exporting to the US by the FDA and some of those continue to work through the process of reinstatement. According to a New York Times report in February, Indian drug makers supply 40 percent of over-the-counter and generic prescription drugs consumed in the US.

While the US pharma industry continues to criticize lax Indian standards, some in India view the FDA penalties as industry-fed actions designed to protect domestic US producers from less expensive imports. Pharmaceutical Research and Manufacturers of America (PhRMA) has led the charge against cheap and unsafe imports, and the parallel roadblocks thrown up in India by stifling intellectual property regulations, reflected in this statement from PhRMA Senior Vice President Matt Bennett in December:

“India’s intellectual property actions mean that innovative biopharmaceutical companies seeking to invest in India face far greater risk and uncertainty than ever before. While Indian generics manufacturers will profit in the short term, in the long run these decisions mean that India’s patients could face delays in gaining access to the newest medicines. If our collective end goal is to continue providing life-saving innovative medicines to all patients, it’s clear that the Indian Government’s tactics are unsustainable.

“Additionally, India’s industrial policy approach to intellectual property ignores issues of fairness,” he continued. “The US is the key market for Indian pharmaceutical companies (for example, Reuters found one company – Lupin Ltd, had 40 percent of its sales in the U.S.) and they have open and fair access. Meanwhile, India is shutting out US companies and appropriating our technology in order to benefit their homegrown companies. India has a burgeoning middle class of more than 150 million people and vibrant urban regions. Indeed, by some estimates, the Mumbai area's GDP per capita is higher than Hungary's. It does not have to depend on seizing intellectual property.”

“Research-based biopharmaceutical companies see much potential for Mr. Modi’s success, because he understands the crucial role innovation plays in economic development,” said the PhRMA statement. “His party’s platform specifically mentions the need for a strong intellectual property (IP) regime in order to ‘maximize the incentive for generation,’ while also outlining a vision for a healthcare system that improves quality and access. While many different sectors have had disagreements with India in the past, Mr. Modi’s perspective on these issues represents an opportunity for a fresh start. By prioritizing IP rights, a constant cycle of innovation in India could be created that will help sustain India’s economy for years to come.

“Above all, the Indian people stand to benefit the most from the new economy envisioned by Mr. Modi, as they will ultimately be the beneficiaries of better access to safe, innovative treatments. That, coupled with Mr. Modi’s goal to revolutionize India’s beleaguered healthcare system, including ways to better deliver care in rural areas through mobile services and telemedicine, will help patients throughout India fully realize the potential of modern medicine.”

Despite some lingering issues it will inherit with its Ranbaxy acquisition, it appears Sun Pharma alrady knows where modern medicine is headed.

The Sun-Ranbaxy deal was stalled in late April by a high court in the Indian state of Andhra Pradesh while it looked into charges of alleged insider trading in Ranbaxy shares. Should the merger move forward, it creates the fifth largest specialty generics company in the world, and the largest pharma company in India, with a combined footprint that includes operations in 65 countries, 47 manufacturing facilities across five continents, and a significant platform of specialty and generic products marketed globally, including 629 ANDAs (Abbreviated New Drug Application, submitted to the US FDA when seeking approval of a generic drug). The company, which until now operated 26 manufacturing facilities and has around 14,000 employees, expects $250 million in revenue and operating synergies within three years of the deal’s closing. 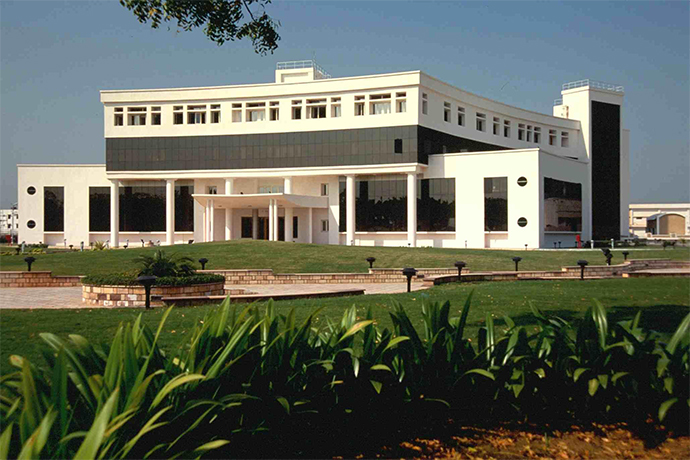 If the pending acquisition of Gurgaon-based Ranbaxy goes through, Sun Pharma’s 24 manufacturing plants, including this facility in India, will see their number nearly double to 47 worldwide.

As for Ranbaxy, according to an investor presentation posted this month, the company employs nearly the same number of people as Sun, with more than 14,600 globally. The company operates eight manufacturing locations in US, Ireland, Romania, Nigeria, India, South Africa, Morocco and Malaysia, where the company invested $35 million last year in Kulim. Since 2006 the company has invested around $500 million in M&A activity involving three companies in India and one each in Romania, South Africa, Italy and Spain.

The move gives Sun Pharma — which is based in Mumbai but got its start with a small plant in Vapi, Gujarat, in 1983 — instant access to Ranbaxy’s strong presence in the US and in India, and bolsters its goals in key high-growth emerging markets. India and the US already account for 79 percent of Sun Pharma sales.

As of last fall, Sun Pharma was no. 9 among the world’s top 10 makers of generic drugs. In the top spot was Israel’s Teva. Sun Pharma today is led by former Teva President and CEO Israel Makov.

In a conference call, Sun Pharma Chairman and Managing Director Dilip Shanghvi said acquiring Ranbaxy brings another $2 billion in revenues to the table.

But the rest of the world is also prime in Sun’s sights:

“We will have presence in 55 markets, and in three of these markets the combined company will have sales exceeding US$100 million,” said Shanghvi. “These are markets like South Africa, Russia and Romania. We will further strengthen our position in Brazil, and with this transaction we will have significant presence in Malaysia.”

Sun Pharma’s footprint today includes two research centers in Gujarat and one in Mumbai; and 24 plants, including six each in India and in the US, and one each in Bangladesh, Brazil, Mexico and Hungary. The firm develops and introduces around 30 new branded generics every year, most of them based on internally sources active pharmaceutical ingredients (APIs). The company also recently created a joint venture with MSD (Merck) to develop and bring differentiated branded generics to emerging markets.

“We were the earliest among Indian companies to realize the advantage of investments in research, with over $550 million invested so far, and typically 6 percent of revenues invested each year,” says a company description of its four-facility R&D footprint, which houses some 900 scientists. “These investments have helped us differentiate with technology and create a strong basket of products across markets. Some of these, like the anticancer Lipodox, or the cancer therapy adjuvant Cytofos are the first, or only generic copies available.

Sun in 2010 acquired a majority stake in Israel-based Taro Pharmaceuticals, which has plants in Israel and in Brampton, Ontario, on the outskirts of Toronto. Nearly at the same time as the Ranbaxy acquisition announcement, the Province of Ontario announced Taro would be investing C$247 million and creating 140 new jobs at its Brampton facility. Helped by C$7 million from the province, the project will increase Taro’s plant capacity by 50 per cent and potentially double the number of products it brings to market from 20 to 40.

In early May, some of the early after-effects of the merger started kicking in, as Sun Pharma announced that it would case manufacturing operations and close its facility in Detroit, Mich.

In revised guidance for FY14, Sun Pharma has stated it expects capex of $137 million, R&D spending between 6 percent and 8 percent of sales, ANDAs to be filed for 25 products and sales growth of 29 percent from FY13, up from 25 percent in previous guidance. 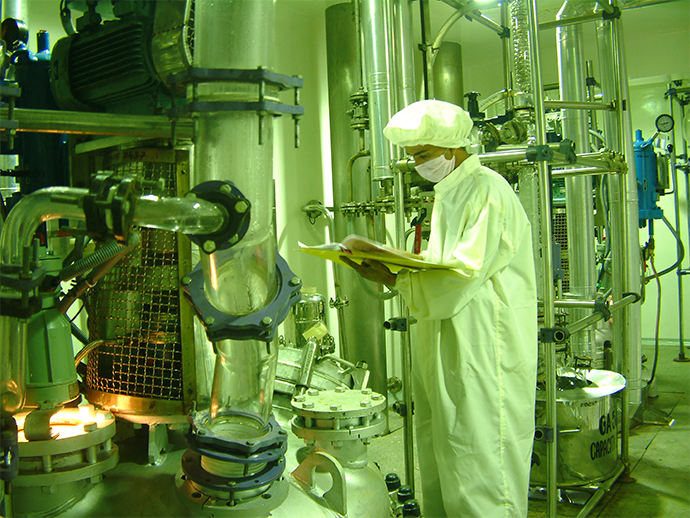 Sun Pharma says, “We were the earliest among Indian companies to realize the advantage of investments in research.”