Baxter's new center in Cambridge will draw talent from Austria and California. 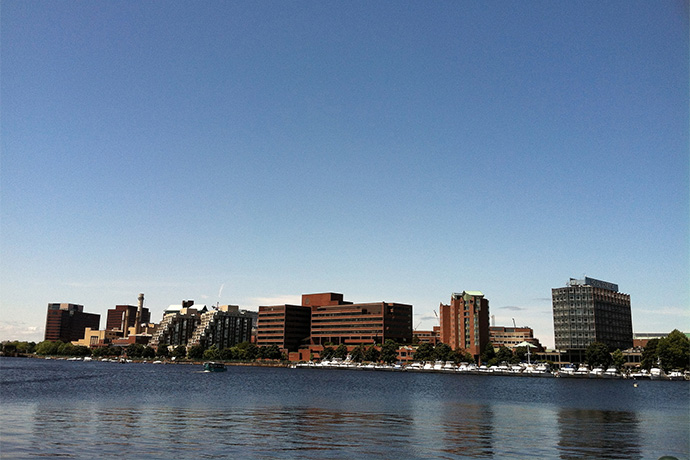 Cambridge, Mass., seen here from across the Charles River, continues to burnish its credentials as one of the world’s elite life sciences centers.
Photo courtesy of Cambridge Office for Tourism
by ADAM BRUNS

Baxter International's $1-billion, 1,500-job complex in Covington, Ga., just outside Atlanta, is still on schedule to complete construction in 2016 and be fully operational in 2018. But the company is also making facility news in other parts of NAFTA - north of the Mason-Dixon Line, north of the Canadian border and south of the Mexican border.

On Sept. 29, the Deerfield, Ill.-based company announced plans to form a new global innovation and R&D center in Cambridge, Mass., for Baxter's biopharmaceuticals business, which is expected to become a separate, independent global company known as Baxalta Incorporated in mid-2015.

"The business selected the Cambridge biotech community as the primary location for its global innovation and R&D operations after a global search," said the company. The center will be focused on core areas of expertise in hematology, immunology, and technology platforms like gene therapy and biosimilars. The new location will bring together 400 R&D employees, plus teams in business development, oncology and biosimilars.

"The R&D positions that will relocate to the new center are currently based in California and Europe," said the company. "The new biopharmaceutical company will maintain certain R&D operations at its location in Vienna, Austria, and will have its corporate headquarters in northern Illinois."

The company expects to open the first phase of the 200,000 sq. ft. of leased space later this year, and will continue to transition work to the new facility over the next two years.

"Critical elements to our success as an independent biopharmaceuticals company will be our ability to accelerate innovation, optimize R&D productivity, and deliver on our promise to patients," said Ludwig Hantson, Ph.D., president of Baxter BioScience. "Joining this unmatched biotech community is an important step."

"Our new innovation center will increase R&D collaboration and efficiency, connect us directly to a rich pool of talent in new and emerging biotech areas, and strengthen our ability to drive programs forward in cooperation with current and future partners," said John Orloff, M.D., vice president and global head of research and development for Baxter BioScience.

According to reports in the Boston Business Journal, the project coming to Cambridge's Kendall Square was announced after a year-long process, and had to change its code name to "Project Schooner" from "Project Tiger" after someone left the cat out of the bag, much to the displeasure of the Deloitte consulting team advising Baxter.

MassEcon and MassBio officials helped get the project across the finish line, in a BioMed Realty Trust building formerly occupied largely by Aveo Pharmaceuticals, which downsized after failing to gain FDA approval of its kidney cancer drug. According to BioMed Realty Trust, the lease at 650 East Kendall in Cambridge is for 12 years. (BioMed in October said it was "the first life science real estate company to launch a mobile app on the Apple platform that provides tenants and brokers with an immersive introduction to the company's four new development opportunities in Boston/Cambridge [450 Kendall], San Francisco, San Diego and Seattle.")

Site Selection's New Plant Database has tracked seven other facility investments by Baxter since January 2012, including in Cartago, Costa Rica; Aibonito, Puerto Rico; Krems, Austria; Brooklyn Park, Minn.; Suzhou, China; and, this summer, Cuernavaca, Mexico, in the State of Morelos, where the company in August announced a $30-million investment to increase production by 40 percent. 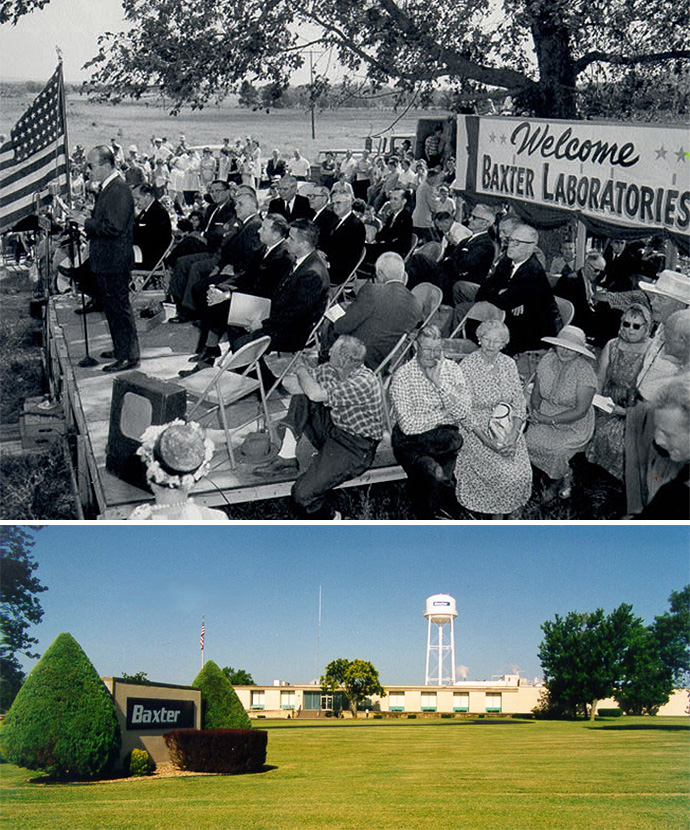 Baxter's facility commitments are not short term: One of Baxter's largest plastics and device manufacturing plants, the company's 550,000-sq.-ft., 1,000-employee facility in Mountain Home, Ark. (coincidentally in Baxter County), produces disposable medical products that are shipped to 28 Baxter plants in 20 countries and finished goods to 94 countries around the world. The facility celebrated its 50th anniversary this year.
Photos courtesy of Baxter

In early November, Baxter Corp., the Canadian subsidiary of Baxter International, said it would invest $10 million to build a new facility in Mississauga, Ont. - the Toronto suburb near Pearson International Airport - for its Centralized Intravenous Admixing Pharmacy Service (CIVA). "Triple the size of the current facility, the new Baxter CIVA Pharmacy Service will expand Baxter's ability to meet the needs of Canadian hospitals, clinics and other care facilities for ready-to-administer intravenous (IV) admixtures including chemotherapy, high-alert medications and anti-infectives," said the company.

Baxter CIVA works with hospital pharmacies to help increase the IV admixing capacity of their in-house pharmacy without additional capital investment or headcount to provide specific therapies required for patient care while reducing drug waste and cost through extended shelf life and maximized use of each milligram across admixtures. Baxter CIVA also helps organizations mitigate their risk through reduced staff exposure to hazardous cytotoxics such as chemotherapy drugs; and provides full traceability of all medications used in admixtures. With tailored ordering and delivery schedules, Baxter CIVA also provides options of solutions which can be stored at room temperature to free up refrigerator space.

The new facility will double its number of clean rooms available to support customized requirements for hazardous and non-hazardous IV admixing. The company anticipates expanding the workforce by approximately 25 positions over the next few years. The new CIVA also will include a new training facility through which Baxter will partner with professional organizations, academia, and hospital pharmacists and technicians to support their certification requirements and help maintain their skill sets in IV admixing. The company expects to open and transition operations to the new facility in October 2015.

"Baxter has been a long-standing healthcare leader and innovation partner in Ontario, and our growing life sciences ecosystem and innovation agenda has greatly benefited from their leadership to date," said Brad Duguid, Ontario Minister of Economic Development, Employment and Infrastructure. 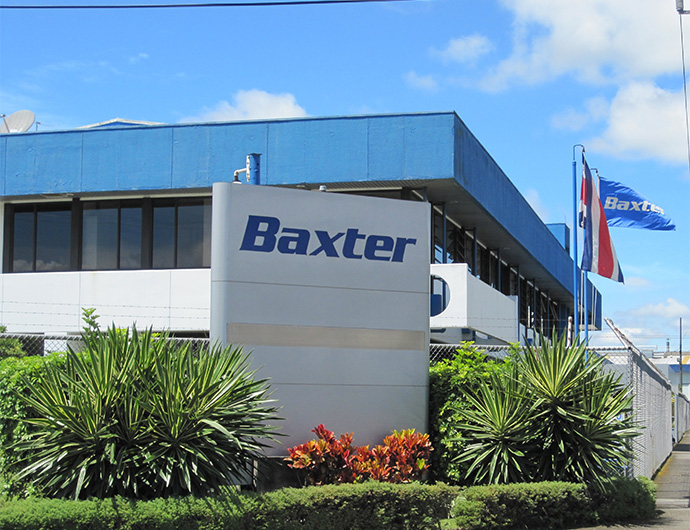