‘You Can’t Get
Married to Stuff’

A visit with Youssef Bennani of Vertex Pharmaceuticals in Québec 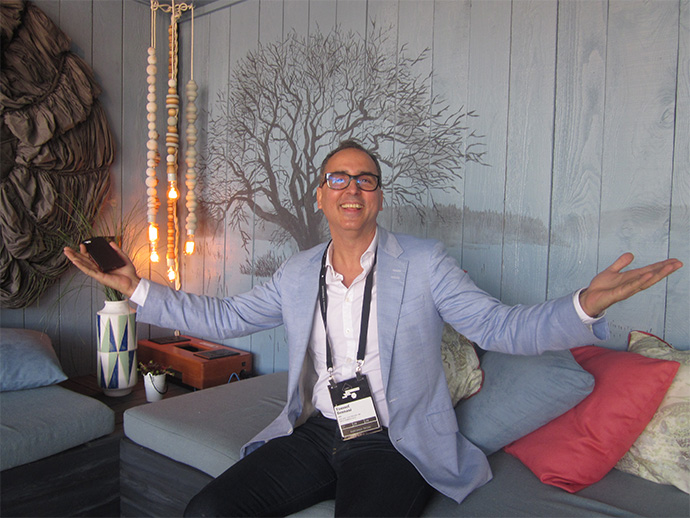 Youssef Bennani, PhD, is director general and vice president, research and development, for Vertex Pharmaceuticals, and site head for the company’s 90-employee operation in Laval, Québec.
Photo by author
by ADAM BRUNS

In this second installment in our series profiling young leaders building new paths to life sciences prosperity for regions around the world, we caught up with Youssef Bennani, PhD, director general and vice president, research and development, for Vertex Pharmaceuticals, at the C2MTL event in Montreal this summer. In 2009, Vertex established one of its five global scientific research sites in Laval, Quebec, where Vertex’s Canadian team is focused on research activities related to inflammatory bowel diseases (IBD). The IBD research team is working to gain a deeper understanding of human IBD genetics and the human microbiome project as it applies to IBD.

Site head for the company’s 85,000 sq. ft. of leased office and lab space in nearby Laval, Bennani has a resume that includes five years as a senior group leader at Abbott. Fluent in English, French and Arabic, he heads an active group of about 90 people for Vertex, and since April has served as chairman of the board for France’s DOMAIN Therapeutics.

On the multifaceted C2MTL conference: “The scientific conferences have become extremely boring — all with the same material delivery method. When you come to a conference like this, you see the business media, marketing, sales, entrepreneurs — it's a refresher on all the good things that make a good organization. You get a different perspective to add on to scientific material, and a refresher on the cultural side.”

The Vertex site in Laval: “We have about 90 people on board, linked to about another 50 people in Quebec, and reaching into a few CROs [contract research organizations]. The site was established in April 2009 through an acquisition of a company called Virochem and they decided to keep the site. There were 60 people, brought down to 32, and then brought back up quickly. It used to be a virology group, and now it's [focused on] Crohn's disease. I arrived in August 2011 after being in Boston for seven years. I ran a relatively large group in drug innovation and discovery.”

Industry support: “We have done quite a bit of reaching out to the entire support system of the government, from Invest Quebec and other government functions. Other groups such as Montreal International have helped us out. We also have reached out to all the universities locally and across Canada, and have established relationships with six universities already. We’ve also linked up with CCC: — Crohn's Colitis Canada. We've established with them a joint venture investment in research collaboration across a number of groups — the University of Sherbrooke, University of Toronto, University of Calgary, McGill University, McMaster University, and we're working on others.”

Working with universities: “With some universities it was an easy deal. They were very open to the idea — particularly IP with materialization of a product. With others, it was a struggle. With some the deal took four weeks and the same deal with others took 20 weeks. I've dealt with 50 different schools in my career. The tendency of colleagues in universities is that their bit of discovery is going to be worth gazillions. The value they put on that discovery is not commensurate with the reality. It’s always a challenge. Geting scope of collaboration is relatively quick. Then you get into the legalities and ownerships, and front end versus back end, and that never ends. What they don't realize is it's just a small bit.”

“The sticky ones are the minority, not the majority. It probably has to do with some experiences they've had — if they've been burnt with something, they will always react in a tight way.”

Company history and future: “When Vertex stared as a company, Josh [Dr. Joshua Boger, now retired] may have had a collaboration with some folks with Harvard, but it wasn't like he was taking property from Harvard. It’s ironic — he didn't have any technology, he said, ‘I just want to do things differently.’ A lot of companies can't step out of their technology space. The most important thing in our business is agility — you can't get married to stuff.”

“We're at a critical point right now, which should point us one way or another. If things go well for us, we will be growing. It doesn’t all have to do with staffing. It might have to do with clinical investments.”

The R&D comeback in Montreal: “One of the things that happened here is the collapse of large pharma — Merck, Boehringer and AstraZeneca pulled out and left town. Pfizer has reduced their staff by half or more. Others are here. Valeant is a new business model in town. GlaxoSmithKline and Roche are still here.”

“We were 30 people, we've hired 60 people, and they've all come from those companies. We're lucky because we can choose the best. It’s a phenomenal group. The talent pool here is amazing, built on a lot of attributes that are qualitative in nature. The Merck group here was viewed as one of the best discovery groups in the world, and I have about 30 of them.”

Sharing best practices: “Here we have built a group that is actually linked to the other groups. We don't operate solo — half of what we do is linked to San Diego or Boston. As a matter of fact, everything we do here is linked to somebody there who will do something with it. So we’re collectively going in the right direction. They take on work we don't have, and so on. It's all one machine.”

Look for more one-on-one interviews with the next generation of life sciences leaders in future issues of The Site Selection Life Sciences Report. Have a candidate? Email Managing Editor Adam Bruns at adam.bruns@siteselection.com. 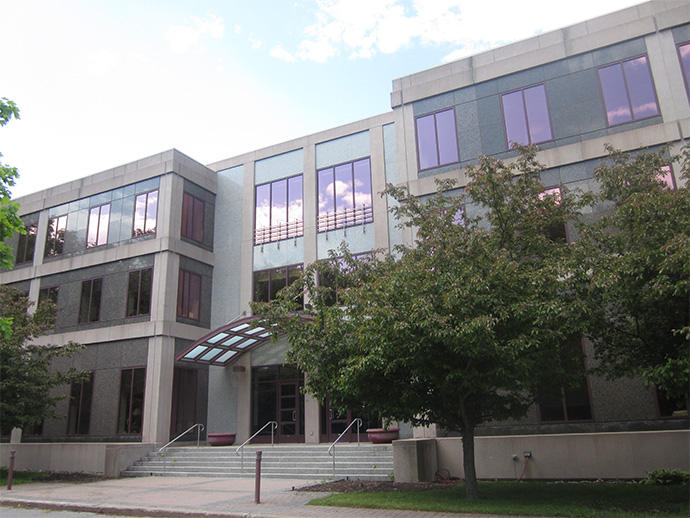 Vertex leases 85,000 sq. ft. of space in the Belleau Building in Laval, alongside such firms as Klox Technologies, Bellus Health and Piccio International.
Photo by author