New obesity rankings tell you if your state is one of the biggest losers. 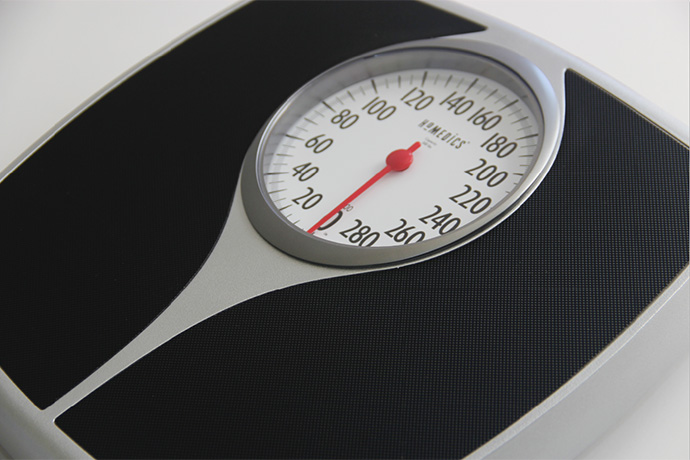 Early this month, the Trust for America's Health and the Robert Wood Johnson Foundation released "The State of Obesity: Better Policies for a Healthier America." It shows that adult obesity rates are still high overall, increased in six states, and did not decrease in any. Among the key findings:

As we noted a few years ago, obesity prevalence is likely one of the least-discussed factors in site selection, for legal as well as workforce health reasons.

But increasing healthcare costs sure make it worth a chat. Among some talking points, both negative and positive:

Some might say food and beverage processors and purveyors are to blame. But a study published this week in the American Journal of Preventive Medicine somewhat absolves some of them.

Sixteen major food and beverage companies acting together as part of the Healthy Weight Commitment Foundation (HWCF) sold 6.4 trillion fewer calories in the United States in 2012 than they did in 2007, according to the study — that translates into a reduction of 78 calories per person in the United States per day. The companies in 2009 collectively pledged to remove 1 trillion calories from the marketplace by 2012, and 1.5 trillion by 2015. An independent evaluation funded by the Robert Wood Johnson Foundation found that, thus far, the companies have exceeded their 2015 pledge by more than 400 percent. 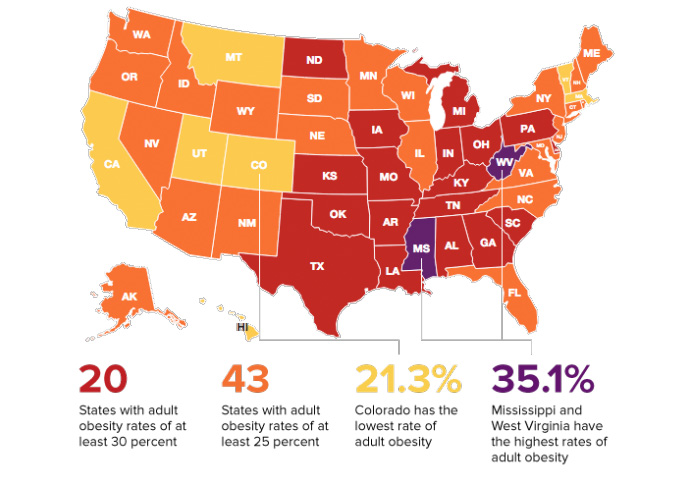 A companion study found that American families with children aged 2 to 18 bought 101 fewer calories from packaged goods per person per day in 2012 than they did in 2007. The largest calorie cuts came from sweets and snacks, grain products, and carbonated soft drinks, and HWCF companies were responsible for more of the decline in caloric purchases than companies not participating in HWCF.

"HWCF companies should be recognized for stepping forward with this commitment and being held publicly accountable for their progress," said Marks. "Because of the enormous scale of the childhood obesity problem, we still need them — together with others who shape the U.S. food supply, including food and beverage manufacturers, retailers, and restaurants — to do even more to ensure that healthier choices are the easy and affordable choices for families. The real bottom line for all of us is not total calories or sales, but the health of our children."

To evaluate the HWCF's efforts, researchers at the University of North Carolina at Chapel Hill (UNC) had to build an unprecedented, thorough picture of the U.S. food system. They compiled data from many public and commercial sources that, for the first time, track the flow of foods and beverages that are sold, purchased, and consumed by Americans.

"We're now able to track how many calories families are buying, the source of those calories, and how both are changing over time," said Barry Popkin, Ph.D., the W.R. Kenan, Jr. Distinguished Professor in the School of Public Health at UNC, who is leading the evaluation team. "This new source of big data on food production and purchasing opens unprecedented opportunities to collaborate with industry leaders to find far-reaching solutions that benefit both the health of Americans and companies' bottom line."

STATES WITH THE HIGHEST OBESITY RATES

Note: For rankings, 1 = Highest rate of obesity.
Chart courtesy of the Trust for America's Health

Note: For rankings, 1 = Highest rate of physical inactivity.
Chart courtesy of the Trust for America's Health

Note: For rankings, 1 = Lowest rate of physical inactivity.
Chart courtesy of the Trust for America's Health

STATES WITH THE LOWEST OBESITY RATES

Note: For rankings, 1 = Lowest rate of obesity.
Chart courtesy of the Trust for America's Health

Here are the 16 companies committed to the HWCF calorie-reduction pledge: