The University City Science Center in Philadelphia received a $50,000 grant from the U.S. Small Business Administration (SBA) Growth Accelerator Fund for its Digital Health Accelerator (DHA). It was among 80 winners selected by the SBA from a pool of 400 applications for the second annual Growth Accelerator Fund Competition, which also rewarded organizations with such intriguing names as Unreasonable Institute (Boulder, where else?), CPLC Pickle House (Phoenix) and Mess Hall (Washington, DC).

Cushman & Wakefield’s New Jersey Pharma/Life Sciences Market Report notes that the sector’s increased office requirements are balancing a modest decline in demand for laboratory/research and development (R&D) space. “Since the start of 2010, pharmaceutical and life sciences corporations have accounted for more than 22.0 percent of all new Class A office leasing within the state, with 45 transactions greater than 50,000 square feet executed by this sector," said Cushman & Wakefield’s Jason Price, New Jersey research director.

Acara Partners, a firm that tracks the cosmetic surgery sector, says new tax breaks are being implemented in South Korea with hopes to boost tourism and economic performance. "In a nation known for its immense popularity with cosmetic procedures, the number of tourists visiting Korea for medical procedures more than tripled to 266,501 last year from 81,789 in 2010," says the firm. "Of the more than 4 million such surgeries performed worldwide last year, about 5 percent were done in South Korea, trailing only the U.S., Brazil and Japan, according to the International Society of Aesthetic Plastic Surgery," which reports that over 20 million total cosmetic surgical and nonsurgical procedures were performed worldwide in 2014.

Florida Gov. Rick Scott announced last week that Johnson & Johnson will open a new North American shared services headquarters in Tampa and create 500 jobs over the next three years. The company will also make a capital investment of $23.5 million. The center, which will be fully operational by mid-2016, will be part of a broader network of Johnson & Johnson centers that are designed to handle work for its operating companies in the areas of finance, human resources, information technology and procurement. The project was made possible through strong partnerships between Enterprise Florida, Inc., the Florida Department of Economic Opportunity, Hillsborough County, the City of Tampa, and the Tampa Hillsborough Economic Development Corp.

The Missouri Department of Economic Development announced in mid-August that Evogene, an Israeli biotech firm, will establish its US headquarters at the Bio-Research & Development Growth (BRDG) Park in St. Louis. Evogene’s expansion to Missouri includes a $1 million capital investment and is expected to create 15 new jobs in the next three years. Evogene works with Monsanto, among others, on improving crop productivity and economics for the food, feed and biofuel industries. "The establishment of this new facility will clearly take Evogene to a new level in the important area of insect control," said Ofer Haviv, president and CEO of Evogene.

PhRMA, the national pharma industry lobbying organization was quick to point out that both The Washington Post and The Wall Street Journal think the Trans-Pacific Partnership will protect clinical data for biologics, a key component of the pending agreement. 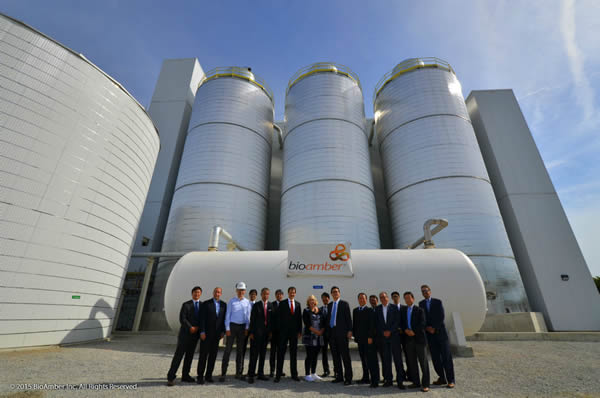 The BioAmber Sarnia plant in Ontario is the world's largest succinic acid production facility, making key chemicals from sugar instead of petroleum.

Elsewhere in Ontario, medical devices such as orthodontics are among the niches making use of Smarter Alloys' products. The company, which got its start in VeloCity Foundry in Waterloo, Ont., and was founded by University of Waterloo graduate Dr. Ibraheem Khan, PhD., recently expanded to a larger site in Waterloo with lab and manufacturing capabilities, thanks in part to the assistance of Canada's Technology Triangle, the Ontario Centers of Excellence (OCE), and the NRC Industrial Research Assistantship Program (IRAP). The company expects to double its staff over the next six months.

CMC Biologics, a maker of monoclonal antibodies and other therapeutic proteins, announced this summer the completion of the expansion of its North American manufacturing facility in Bothell, Wash., with the addition of a single-use Bioreactor 6Pack™ facility, consisting of six 2000L production bioreactors and a 2000L seed train. "With this additional commercial capacity, we are realizing our long-term strategy to provide innovative solutions to our customers, from early-stage development to large-scale commercial production." Identical expansion activity is under way at the company's facility in Copenhagen Denmark.

"Establishing this unique facility design in both the US and European facilities enables us to significantly optimize the process transfer capabilities and synergies between the sites, ultimately providing customers the production scale and flexibility needed in today's market, and the advantage of meeting aggressive regulatory and production timelines," said Gustavo Mahler, PhD, global chief operations officer. 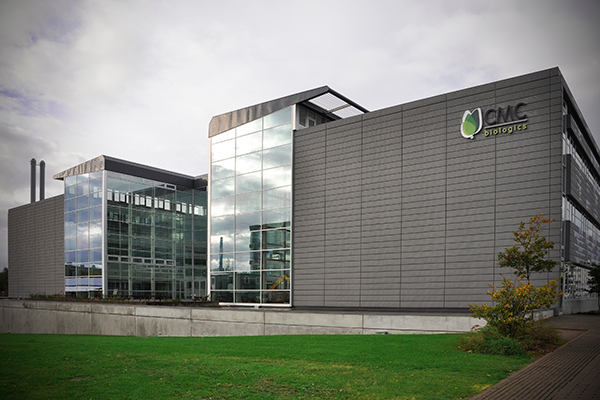