Cold-chain improvements are afoot on both sides of the Atlantic.

DHL Freight this summer added sites in Lyon, France; Milan, Italy and Madrid, Spain as certified Life Sciences & Healthcare Competency Centers in its LTL (less than truckload) ColdChain network, with another in Budapest scheduled to be added soon.
Photo courtesy of DHL
by Adam Bruns

Cold storage plays a key role in the food and pharmaceutical sectors, both of which continue to grow in importance to regional economies. As such, the role of the cold storage supply chain — the cold chain, in industry parlance — is increasing in value to the players in those economies.

Exhibit A: APM Terminals and GF Group recently announced the acquisition of 100 percent of the Vado Ligure Reefer Terminal S.p.A. by APM in Vado, Italy. Reefer Terminal, the largest refrigerated terminal in the Mediterranean for more than 30 years (handling 600,000 pallets per year of fresh produce), is part of the port master plan to create new supply chains to markets in Northern Italy, Southern France, Switzerland and Bavaria. The Reefer Terminal is located adjacent to the construction site of the APM Terminals Vado port project, which will open in January 2018 with 800,000 TEU annual capacity.

“The integration of the Vado Reefer Terminal with our new, future semi-automated container terminal enhances the logistics options for businesses and the shipping lines calling [on] the Ligurian coast, serving all of Northern Italy and beyond,” said APM Terminals Vado CEO Carlo Merli. “We are building Italy’s port of the future with ideal access to Turin and Northern Italy manufacturing zones as well as consumer markets. Equally important, we will have the best port system and product in the market capable of serving container vessels, reefer vessels, RoRo and breakbulk vessels. The APM Terminals Vado facility will be the only port in Italy able to handle Ultra-Large Container Ships (ULCS) of over 18,000 TEU capacity when it opens in January 2018." 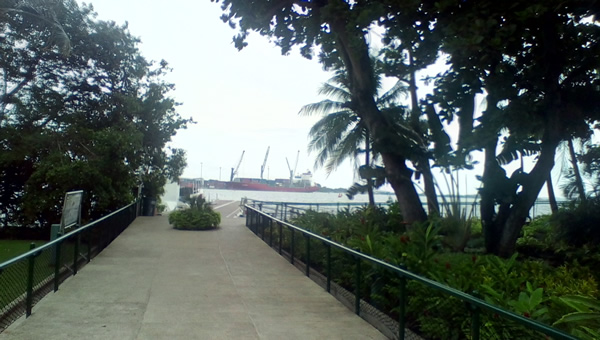 The Port of Cartagena has seen transshipment of refrigerated containers grow by 500 percent over the past five years.

A June research note from Cushman & Wakefieldreported that cold storage buildings, particularly those constructed since 2000, sell at approximately double the price per square foot of standard warehouse/ distribution facilities. Emerging technologies in newer buildings have pushed values even higher.There are currently 1,497 cold storage facilities in the U.S., totaling 4.06 billion sq. ft. (377 million sq. m.), and controlled by just a handful of operators.

"Industry growth largely depends on household income and consumer spending," said the report. "With both on the upswing post-recession, growth in US cold storage capacity has increased by an annual average of 9.3 percent since 2008."

In June, DHL Freight integrated three certified Life Sciences & Healthcare Competency Centers into its LTL (less than truckload) ColdChain network, adding new stations in Lyon, Milan and Madrid, with another in Budapest scheduled to be added soon. Targeting the life sciences and healthcare industry, an integrated "Solution Suite" from DHL offers services specifically tailored for these customers' needs, as well as an IT platform, CoolTrack, that allows continuous monitoring and real-time tracking of cargo temperature via GPS.

Running twice a week, DHL's ColdChain service in Europe includes central routing via a cross-docking center in Mechelen, Belgium, from which shipments can be further transported under predefined temperature conditions (2-8° Celsius or 15-25° Celsius) to 30 countries in Europe.

"Our customers in the life sciences and healthcare sector are looking for better ways to manage the risk of product damage and loss from temperature deviations in increasingly long and diverse supply chains. With DHL's pan-European LTL ColdChain network we are embedding the new standard for cold-chain road freight transport further into Europe," said Amadou Diallo, CEO, DHL Freight.

Those same nettlesome issues of port and customs delays affecting temperature-sensitive shipments are present in South America. Aníbal Ochoa, commercial coordinator for the Port of Cartagena in Colombia, says his team has responded by dedicating special personnel to tracking perishables, as transshipment of refrigerated containers has grown by 500 percent at the port over the past five years. He's also looking for an international partner to develop a cold-chain cross-dock facility on the port.

As the port grows, he says, "This business unit will become very important."