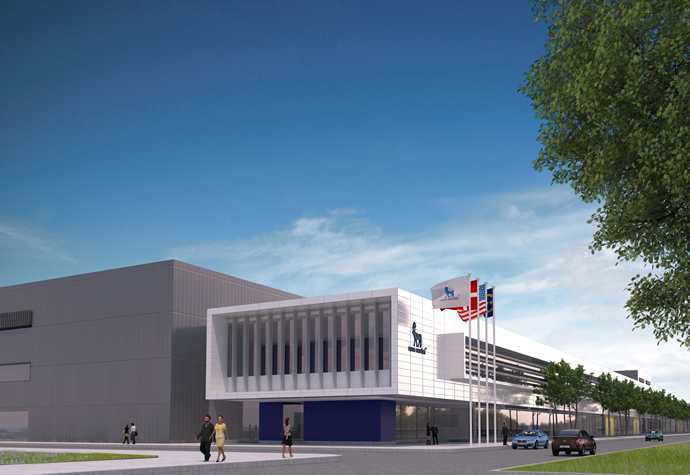 As Site Selection reported in March, Novo Nordisk President and CEO Lars Rebien Sørensen said during a panel discussion at the SelectUSA Investment Summit that the company was "standing at a crossroads to make a significant investment in the United States to move ingredient manufacturing." At about the same time, a request for information was going out from the company seeking expressions of interest.

This month the statement came more than a billion dollars closer to reality in the US and in the company's home country, as Novo Nordisk announced it plans to invest around $2 billion over the next five years in new production facilities in Clayton, N.C. (just southeast of Raleigh) and Måløv, Denmark. The expansions will help Novo Nordisk meet the increasing worldwide demand for its diabetes medicines. 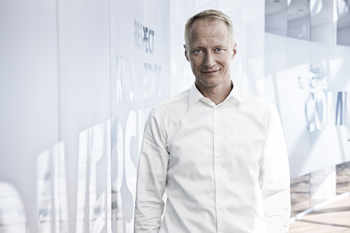 Novo Nordisk also announced a decision to initiate phase 3a development of oral semaglutide, a GLP-1 analogue formulated as a once-daily tablet for the treatment of type 2 diabetes. The facilities in Clayton will produce active pharmaceutical ingredients (API) for both oral semaglutide and a range of Novo Nordisk's current and future GLP-1 and insulin products. The investment is estimated to create close to 700 new production and engineering jobs in Clayton, where Novo Nordisk already employs more than 700 people.

The new production facility in Måløv will for tablet and package oral semaglutide and future oral products, and will create an estimated 100 new jobs. In Måløv, 250 employees today produce tablets for hormone replacement therapy. The current plant is located next door to Novo Nordisk's largest R&D campus, which employs more than 2,300 employees.

"With the new plant in Clayton and continuous investments in our current API production plants in Kalundborg, Denmark, we will have sufficient API capacity for diabetes products well into the next decade," said Henrik Wulff, executive vice president and head of Product Supply at Novo Nordisk. Established in 1969, the Kalundborg production site is the largest in Novo Nordisk's global manufacturing network. Housing several production plants for both diabetes and haemophilia products, the site employs more than 2,800 people. Several hundred new jobs are expected in the coming years as a result of ongoing and future investments in the plants. 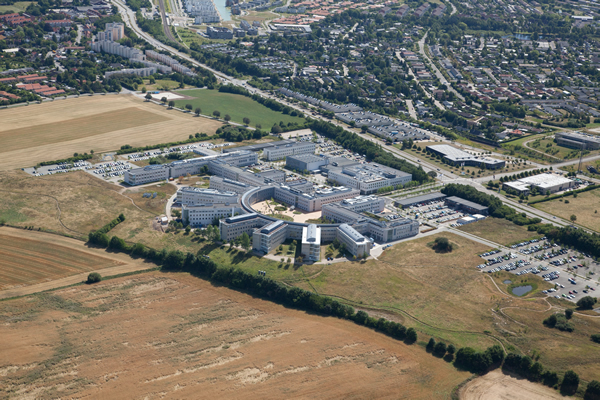 As for the US investment, "we decided to place the new API facilities in the US for strategic reasons," said Wulff. "The US is by far our largest market, and there are many logistical and economic advantages of having a larger part of our manufacturing in our main market."

As Sørensen noted in his remarks at SelectUSA, "Manufacturing in the US for us is easier for the US market because of the understanding of the regulatory environment, and the highly educated engineering staff required for our manufacturing is located here. By continuing to invest in the United States, we assure ourselves of staying ahead."

According to the city, other locations that were in the running for the project — nicknamed "Bright Sky" — included Novo Nordisk sites in Massachusetts and New Jersey.

How much the company is actually investing is not exactly certain, but that's okay with North Carolina, because the figure keeps going up, not down.

The announcement from Gov. Pat McCrory's office just last week said Novo Nordisk will invest from $1.2 to $1.7 billion at its local site over the next five years.

“This billion-dollar decision by Novo Nordisk more than doubles the size of its North Carolina workforce and underscores the Research Triangle’s global leadership in bio-manufacturing,” said Gov. McCrory. “When it comes to life sciences and manufacturing, North Carolina can compete — and win — against any location in the world.”

"The latest I've heard from the company is about $1.8 billion," says Chris Johnson, director of Johnston County Economic Development. "When we were working through the applications with the State of North Carolina for their incentives, they had to put down something, and it was a moving target. The number of $1.234 billion was the final number for the JDIG application about 45 days ago. After that time, the numbers started going up. They were basically building the airplane as they were flying. The jobs number was the driving force for the state."

"After a thorough evaluation of multiple sites and an extensive vetting process, Clayton ended up being our preferred location," said Wulff, whose words were repeated by local leaders in Clayton. "We already have a large and very professional organization there and an excellent collaboration with city, local and state leadership, and we appreciate the incentives they have secured in connection with this investment."

The final design and cost of the new production facilities will be presented for approval by the company's board of directors in 2016, with operations expected in 2020.

Expanded several times since it went into operation in 1993, Novo Nordisk's current plant in Clayton is today one of the company's strategic production sites responsible for formulation, filling and packaging of diabetes care products. The plant also assembles and packages the FlexPen® and FlexTouch® prefilled insulin device for the US market.  “Novo Nordisk’s choice of Johnston County for this project says very positive things about the experiences this global company has had in our community since initially arriving nearly 20 years ago,” said State Representative Leo Daughtry.

The Clayton jobs will range across engineering and technical services, manufacturing, administrative and support personnel, with a median annual income of $68,420 — more than twice Johnston County's average median income of $44,000. Among the negotiated details:

The awards come amid the usual strong public debate in the state over incentives, as state legislators put the finishing touches on a bill that appears to preserve and even grow the cap on some important programs such as JDIG. Novo's only incentives hiccup over the years was really no hiccup at all: According to an April 2015 report from the North Carolina Dept. of Commerce that lists instances of incentives clawbacks, Novo in 2010 repaid almost $130,000 of an incentive it had received previously for a project that ended up having a reduced hiring need. The incentive was repaid, noted the state in its "Triggering Event" column, "in order to commence other competitive project eligible for grant."

Since 2000, Site Selection has tracked five different investments in insulin manufacturing at Novo Nordisk's facility in Clayton. The company's growth trajectory has also included R&D investment in North Brunswick, N.J., and a new $225-million US headquarters that opened in Plainsboro, N.J., in April 2013. 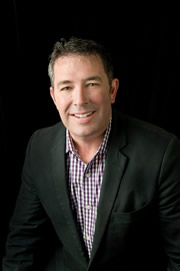 Novo is not pausing after its multibillion-dollar announcement. The company last week also announced that it has entered into a definitive agreement under which it will acquire Calibrium LLC and MB2 LLC, two privately held biopharmaceutical research companies based in Carmel, Ind. "The acquisition will expand Novo Nordisk's portfolio of projects and intellectual property rights within diabetes and obesity and provide a basis for expanding Novo Nordisk's research presence in the US," said the company's statement.

For Johnston County, N.C., the new project follows another major bi-country investment from Spanish biopharma firm Grifols, which just last summer opened a $370-million fractionation facility for its plasma-derived medicines that will employ more than 200 in Clayton. Other projects in the county over the past two years have come from Coca-Cola, Teknion Studio Group and Chicopee Inc.

Chris Johnson says the well-paying jobs are "huge for us," as is the increase to the tax base. The county commissioners were aggressive with the $94-million give-back, but he commends them for that aggressiveness.

"Yes, that is a lot of money, but the taxes the county will keep after the incentives is the equivalent of about a $450-million project with no incentives," he says, not to mention ancillary jobs and decreasing fire district taxes on homes in the vicinity. "I think a lot of people just can't comprehend what a billion dollars actually means."

About 12 years ago, local leaders understood what a qualified workforce meant, and set up a regional training zone, freeing the designated zone from future annexation by municipalities, and putting additional taxes from companies toward a new workforce development center.

“A community needs well-trained workers in order to attract these kinds of jobs,” said State Senator Buck Newton last week. “Johnston County invested early on in a bio-manufacturing workforce pipeline that enables it to compete at the global level."

Next comes the possibility of a new regional wastewater facility from the county that will likely save those area companies millions of dollars, as their waste streams are merged, and valuable byproducts potentially harvested. 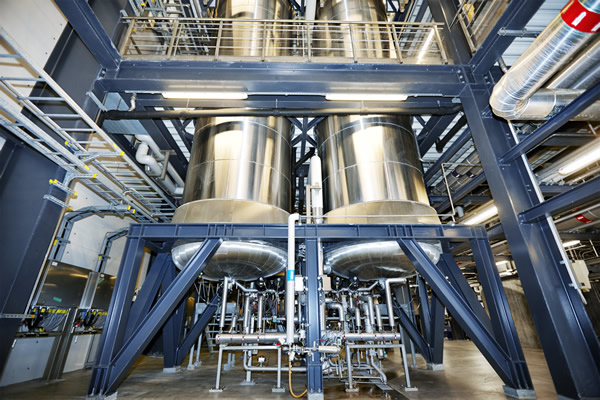 Novo Nordisk's plant in Kalundborg, Denmark, is the world's largest insulin plant, and will see several hundred new jobs created over the next few years as investments continue.

For Chris Johnson, it's about harvesting the flow of talent. Situated at the midpoint between UNC-Chapel Hill and East Carolina University in Greenville (which is nurturing its own bioscience cluster), Clayton County finds itself in position to turn the tide in its favor from Research Triangle Park.

"It's a 30-minute drive into the park or out from the park, it's all the same, and is probably easier out from the park because it's against traffic," he says. "I turn on the TV and the first thing they show is the traffic going into Wake County and Raleigh. Right now we have about 50,000 citizens in Johnston County who work in Wake or Durham, and my job is to turn those cars around."

The multiple corporate investments in the area — like an industrial-strength cloverleaf highway interchange — appear to be helping him do just that.