A spinal medical device firm stays in Leesburg, but moves to a new neighborhood aligned with its growth curve. 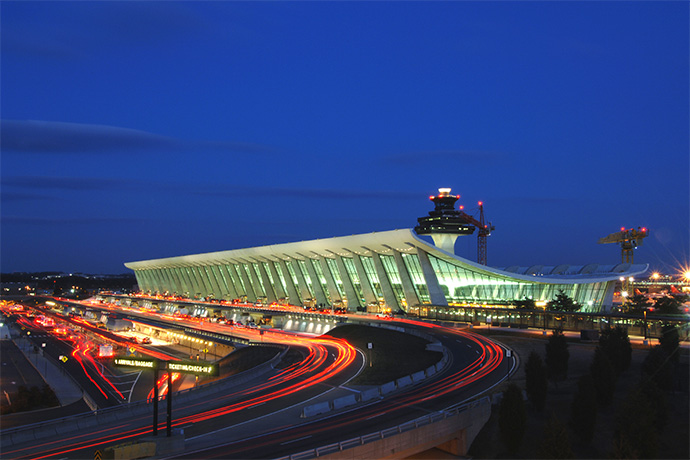 In January, Trammell Crow Co. and Keane Enterprises, Inc. announced they had broken ground on a new global headquarters and R&D complex for K2M Group Holdings, Inc., a global medical device company focused on designing, developing and commercializing innovative complex spine and minimally invasive spine technologies and techniques. The 146,000-sq.-ft. (13,563-sq.-m.) build-to-suit in the Oaklawn master-planned community in the Town of Leesburg in Loudoun County, Va., marks the largest new lease completed in the metro Washington D.C. region in the fourth quarter of 2014, said the companies. Completion of construction and tenant occupancy is scheduled for early 2016.

The new HQ will include a 62,000-sq.-ft. (5,760-sq.-m.) three-story office building and an 84,000-sq.-ft. (7,803-sq.-m.) one-story R&D building. The project is located on a 9.7-acre (4-hectare) site situated in the heart of the mixed-used 165-acre (66-hectare) Oaklawn community. The site plan for Oaklawn includes more than 300 townhomes and over 1 million sq. ft. of commercial space. The compressed schedule for the prospective HQ was a hot topic at Leesburg Council chambers in August, as some neighbors expressed concerns about the traffic, noise, sightlines and follow-on corporate attraction the new project might entail. But those concerns were overmatched by the dynamism, spending and jobs such projects bring to the community, embodied in the name of the roadway the project will help bring to completion: Hope Parkway.

"This tremendous outcome was made possible through close coordination across numerous municipalities who dramatically compressed the project timeframe to accommodate an aggressive occupancy schedule," said David Neuman, principal in the D.C. office of Trammell Crow Co.

In December, Virginia Gov. Terry McAuliffe announced the project and commitments from the Commonwealth, Loudoun County, the Town of Leesburg and Keane Enterprises. The approximately $28-million project is expected to create 97 new jobs and retain 268 jobs, as the company's facilities keep up with its business development growth.

In K2M's' financial results announcement Jan. 12, K2M President and CEO Eric Major said, "Our preliminary financial results for the fourth quarter of 2014 reflect growth of approximately 16 percent year-over-year, fueled primarily by strong growth in each of our primary businesses in the United States ... These results represent a continuation of our strong performance in fiscal year 2014 — our first as a public company — a year in which we executed on our goal of increasing market penetration and on expansion of our innovative products. We remain focused on increasing our share of the $2.6-billion global complex spine and minimally invasive surgery markets and on driving shareholder value creation going forward."

After raising $120 million in its May 2014 IPO, the company closed a follow-on offering just this month. And in late January it received FDA clearance to market its MESA® 2 Deformity Spinal System.

“This is a significant win for Virginia to retain a 10-year corporate partner that will continue to operate its headquarters and light manufacturing operation in Leesburg and Loudoun County," said McAuliffe in December. "Creating these high-tech jobs of the 21st century is key for building a new Virginia economy. We are confident that this tremendous project will encourage the future growth and viability of K2M.”

"Loudoun County has been an ideal location to attract excellent high-quality employees. The proximity to Dulles Airport has been critical to our international shipping and travel requirements,” said Eric Major, K2M's co-founder, president and CEO, in December. “We are listed as a public company on the NASDAQ “KTWO” as of May 8th, and our rapid expansion has forced us to find a new home. When exploring options for the company’s new headquarters and light manufacturing facility, the town was an obvious choice. We have deep Virginia roots, and we are proud to be a success story for the Commonwealth. Loudoun County and the Town of Leesburg will continue to be a great location to host visiting spine surgeons from around the world and to develop technologies for the treatment of children with spinal deformities. We look forward to continuing our partnership with the Town of Leesburg, Loudoun County and the Commonwealth, and remain committed to doing our part as a responsible corporate citizen by giving back to the community both locally and globally.”

The Virginia Economic Development Partnership worked with the Town of Leesburg and Loudoun County to secure the project. Gov. McAuliffe approved a $450,000 grant from the Governor’s Opportunity Fund to assist Loudoun County with the project. He also approved a $400,000 performance-based grant from the Virginia Investment Partnership program, an incentive available to existing Virginia companies. Additional funding and services to support the company’s employee training activities will be provided through the Virginia Jobs Investment Program.

“K2M has a 10-year history in Leesburg, and has been an outstanding corporate citizen by providing solid careers for Leesburg citizens, supporting the local business community and volunteering on community boards and commissions,” said David S. Butler, vice mayor of the Town of Leesburg. “Their employees are our neighbors. This clean, progressive, charitable, medical device company will provide significant economic impact to Leesburg for the ultimate benefit of our residents while serving as a catalyst for future amenities in the Oaklawn Development.”