Site Selection has been tracking new plants for decades — but not plants like these. 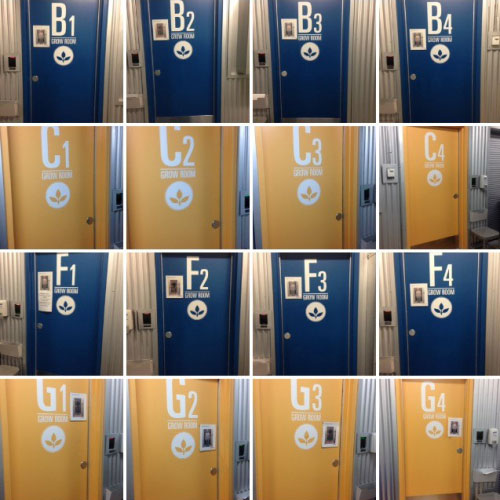 In February, Tilray announced it had received approval for 16 additional grow rooms at its property in Nanaimo, B.C.

That's how the Canadian company Tweed — one of only 15 fully authorized and licensed producers of medical marijuana under Canada's "Marihuana for Medical Purposes Regulations" (MMPR) — greets a visitor to its retro-style website, which also informs you their director of operations is a serial entrepreneur and founding director of Invest Ottawa name Brian Greenleaf. Other executives at the company include the former CFO at Mitel, high-level government advisors and a CEO who also is the current CEO for a global telecommunications company.

The company's $5-million, 20-job project in Smiths Falls, Ont., is one of 10 medical marijuana projects Site Selection's New Plant Database tracked in Canada in 2014. It's in a former Hershey chocolate plant originally chosen in the early 1960s to be the company's first plant outside of Hershey, Pa.

"It is said that Smiths Falls was chosen because of the plentiful supply of milk and water," says the company, "as well as its ideal position between Toronto and Montreal and access to important transportation infrastructure, an advantage Tweed continues to enjoy today."

A sister operation, Tweed Farms, is located in the heart of Southwestern Ontario’s wine country in Niagara-on-the-Lake. The former fresh produce site currently houses 350,000 sq. ft. (32,515 sq. m.) of greenhouse, and "plans are already being developed for a second building at the 20-acre location to allow on-site harvesting and processing," says the company.

Canada's MMPR, in effect since spring 2014, create conditions for a commercial industry that is responsible for its production and distribution. "The regulations provide access to quality-controlled dried marijuana for medical purposes, produced under secure and sanitary conditions, to those Canadians who need it, while strengthening the safety of Canadian communities," says Health Canada. "Dried marijuana is not an approved drug or medicine in Canada. The Government of Canada does not endorse the use of marijuana, but the courts have required reasonable access to a legal source of marijuana when authorized by a physician."

Health Canada has received 1,100 applications from would-be producers across the country. Only 22 have been approved to date. As for dispensaries, the Canadian Association of Medical Cannabis Dispensaries says a precise number is "hard to pin down," but reports that Vancouver alone has 60, the rest of BC has 35, Ontario has 13, Quebec has four, Alberta two and Manitoba one. Nova Scotia now has zero, after a dispensary operating in Halifax was raided last September.

Health Canada reported in early February the results of its latest national survey of tobacco and drug use. According to the survey, "past-year cannabis use among Canadians aged 15 years and older was 11 percent. Among teens, the rate increased to 22 percent, and among young adults, the prevalence rate was highest at 26 percent." However, "cannabis use among Canadians aged 15-19 is down nearly 10 percent since 2008."

'Pass It Over to Me'

Tweed is not the only firm in this niche putting vacant facilities to productive reuse. Nor is it the only one with a compelling narrative.

Perhaps the most intriguing Canadian marijuana growth location of all sounds like it comes straight out of either "Brigadoon" or a science fiction/fantasy novel. That's because it did.

Flin Flon, Manitoba, a town of 5,500 in the northern reaches of the province known for producing a statistically improbable 17 National Hockey League players and harboring its fair share of tenors, is named after a science fiction character, Josiah Flintabbatey Flonatin, from the 1905 book "The Sunless City." The mining prospectors who discovered large mineral deposits near the future site of the town found a copy of the book nearby.

"In the last decade, Flin Flon was home to Canada’s largest legal grow-op,” reported Maclean’s in Dec. 2013. "Known as the 'ganja mine' because it grew pot in an underground mine, it supplied Health Canada’s medical-marijuana needs." Today that property is being operated by Prairie Plant Systems and its CanniMed business.

Prairie Plant Systems was established in 1988 with a focus on the saskatoon berry tree. It entered into a JV with Hudson Bay Mining & Smelting Co. Ltd. of Flin Flon in 1990 to establish a growth chamber deep underground in the latter's mine. Further investments have included a 20,000-sq.-ft. (1,858-sq.-m.) greenhouse and office facility outside Saskatoon, where PPS is headquartered and where in 2006 it expanded by another 15,000 sq. ft. (1,394 sq. m.) at its site on Plant Technology Road at the L.F. Kristjanson Biotechnology Complex in the Innovation Place science park.

Last March, BC-based International Herbs Medical Marijuana Ltd. (IHMML), branded under the name Zenabis, announced it would locate its medical marijuana facility way over on the other side of the country, at a 400,000-sq.-ft. (37,160-sq.-m.) former Atlantic Yarns building in Atholville, N.B.

IHMML's business plan will make it one of the largest medical marijuana facilities in North America, creating over 1,000 new, full-time jobs throughout four phases, in northern New Brunswick, where unemployment has been over 13 percent as recently as last fall.

"After working closely with officials at all three levels of government, along with educational, industry and community partners, we are fully confident that together, Restigouche County will become a continental leader in this important emerging market," said Kevin Coft, IHMML's president.

"Ottawa’s efforts to build a new industry from scratch has resulted in an experiment that is moving marijuana sales from the back alley to the capital markets. It is a historic moment, even as it is fraught with problems: It is the birth of Marijuana Inc."
— from a Dec. 2014 investigative report by The Globe and Mail

As of November, according to published reports, 1,400 people had applied to work there, with the company planning to hire 400 in its initial phase. But the company's federal license had yet to be approved.

In December, Organigram completed the purchase of its current facility as well as an adjoining building and land in Moncton, N.B. "The purchase of the two buildings is a great milestone for the Company and another step forward in advancing the Company’s accelerated facility expansion, which has been initiated in order to keep pace with the higher than expected demand for product," said Organigram.

Not far away in Stellarton, Nova Scotia, Vida Cannabis — led by another Ottawa entrepreneur named Greg Wilson — is investing $12 million in renovating the former Clairtone building, after purchasing the building from the town for $500,000, according to the CBC. The 315,000-sq.-ft. complex will employ 40 initially in one section of the property, but could eventually employ 200 if all phases of the company's strategic growth plan bud on schedule.

"Vida Cannabis has also brought in a team of five marijuana production experts from the Okanagan Valley in British Columbia," reported the CBC in October. Extensive security measures will include biometrics; pocket-less employee clothing; tall barbed wire; and a 200-ton vault for product storage.

In February, Tilray announced it had received approval for 16 additional grow rooms at its property in Nanaimo, BC. Site Selection tallied a $10-million, 60-job expansion by the company announced in 2014. The new rooms, along with eight other rooms announced in January, triple the company's approved growing space, with six more rooms awaiting inspection and approval in the near future.

MediJean also has invested millions of dollars in its facility, located in Richmond, B.C., after the City of Richmond's Council passed a site-specific rezone for the industrial building that housed MediJean's headquarters. The passage came after the city initially refused to grant business licenses and specific building permits to MediJean.

"The Mayor and Councillors have done their civic duty," said Chris Dollard, COO at MediJean. "They put us through a rigorous process, they dissected every component of our business, they ensured our operation would not have any impact on the city, and we respect them for that."

In Lakeshore, Ont., CEN Biotech continued to wait in late 2014 for its own federal license as it invested millions in a new growing complex. However, infrastructure needs and local government permits and approvals were in the way. That wasn't all. Allegations raised by a Globe and Mail investigation caused further review by federal officials, and ultimately the rejection of the license application on Feb. 14.

Canada is not alone in industrializing marijuana, of course. In addition to Colorado's vaunted legalization and the tax revenues it may or may not be accruing for the state, other operations are popping up in the US — in locations quite close to Canada.

The tribe and iMD aim to develop and maintain a 50,000-sq.-ft. (4,645-sq. m.) growth facility on the Chippewa reservation in Michigan. "This deal with the Chippewa Tribe, brokered through H&H Organic Investments, is not a one-off deal," said iMD. "A myriad of tribes, both those whose casino income are hurting due to the economy and those who do not have casinos, are looking to negotiate similar deals with H&H and their one stop partner, R-Quest Hydroponics. R-Quest is a subsidiary of iMD."

According to the New Plant database, LeafLine plans a $25-million investment at its facility in Cottage Grove, Minn. LeafLine said it will immediately execute its business plan, beginning with breaking ground in December on the new 42,000-sq.-ft. (3,900-sq.-m.) pharmaceutical-grade medical cannabis manufacturing facility. LeafLine Labs will cultivate and produce all of its pill and liquid-based, including oil-based, medicines at this secure facility. It is estimated that the Cottage Grove manufacturing facility will create up to 100 construction jobs through Ryan Companies. LeafLine Labs anticipates initially hiring up to 35 people to manage the facility.

The company is registered to distribute medical cannabis from four dispensaries, one in each of Minnesota's even-numbered congressional districts. LeafLine Labs has specific plans to open an initial distribution site in Eagan on July 1, 2015, and additional sites in Hibbing, St. Cloud and St. Paul before or by July 1, 2016.

Saskatoon-based Prairie Plant Systems (PPS), the firm with the operation in Flin Flon, also operates a large facility in White Pine, Mich., in the state's Upper Peninsula, operating under the name SubTerra. PPS last August purchased Traxys Power Group, thus acquiring that company's 40-MW natural gas power plant (just converted from coal) in White Pine, as well as a copper refinery and an electrical supply broker division. The new assets will help the company not only green its operations, but keep them operational.

"With Michigan's energy policy (Public Act 295 of 2008) set to expire in 2015 just as new regulations from the United Stated Environmental Protection Agency (USEPA) will be requiring states to cut carbon pollution from existing power plants, we wanted to ensure that the highly specialized work we do in creating plant-based pharmaceuticals would not be in jeopardy as a result of power outages," said Brent Zettl, president and CEO of Prairie Plant Systems. "This strategic acquisition to maintain our own supply of consistent power will ensure that there will be no delay in the development of the drugs in our pipeline." 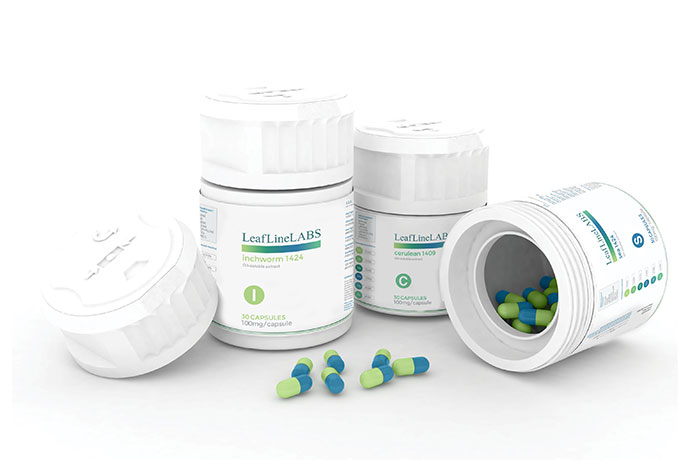 LeafLine Labs will cultivate and produce all of its pill- and liquid-based medicines at a secure facility in Cottage Grove, Minn.
Product renderings courtesy of LeafLine Labs