A North Carolina-based CRO continues to grow in Ireland and worldwide. 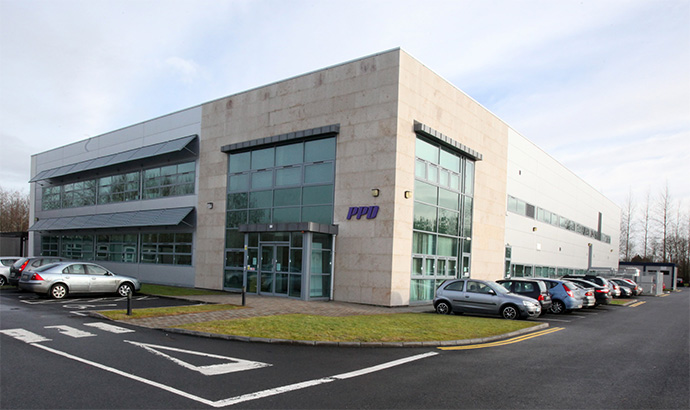 PPD'S Athlone complex is expanding to help the CRO serve clients’ growing demand for services in Europe, the Middle East and Africa.
Photo courtesy of PPD
by ADAM BRUNS 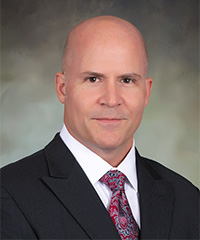 On Jan. 28, the company completed an expansion of its clinical supplies facility in Athlone, Ireland, that will enable the company to double its packaging warehousing capabilities and quadruple its distribution services.

"Those increases are the result of PPD more than tripling the size of the facility as part of its long-term strategy to expand its global depot network," said the company. The facility now features 20,000 sq. ft. to support the company’s ability to store, package and label for the clinical trials PPD conducts for its clients.

“The expansion of our clinical supplies facility in Athlone represents an important investment in the continued growth of our global operations,” said Susan Atkinson, Ph.D., senior vice president of global biometrics. “Our ability to expand our support of clinical trials enables us to meet our clients’ growing demand for these services in Europe, the Middle East and Africa. This strategic location makes it operationally and financially efficient to ship supplies to any of those countries, often directly to investigative sites, which can result in faster turnaround at lower cost for our clients, and more efficient and effective operations for PPD.”

One week earlier, PPD announced it had added a new cell-based assay lab to its dedicated good manufacturing practices (GMP) space in Athlone, enabling it to provide to EMEA clients the same services available in the US through its GMP lab in Middleton, Wis. David Johnston, Ph.D., executive vice president of global laboratory services at PPD, noted, “Ireland offers a business-friendly climate, highly skilled work force through its close proximity to the Athlone Institute of Technology and strong support from the Irish Government, particularly IDA Ireland.”

PPD opened its Athlone laboratory in 2010 and, once the expansion is complete, will employ nearly 150 people at the facility, including Ph.D.-level scientists, analytical laboratory staff and other clinical development professionals. In total, PPD employs more than 1,000 people in its global GMP operations.

"The Irish life sciences sector has experienced significant growth in recent years, with more than $3 billion of investments committed across a broad scientific and regional spread during the last two years alone,” said Barry Heavey, Ph.D., IDA Ireland’s head of life sciences. “PPD’s expansion of its Athlone operations is an extremely welcome part of the renewed growth in the life sciences cluster in the Midlands, and supports IDA Ireland’s efforts to bring more high-quality, cutting-edge life sciences companies to our country.”

PPD also recently established a link with the National Institute for Bioprocessing Research and Training (NIBRT) and IDA Ireland to create targeted training and retraining for industry-experienced people in the biotech field to help them obtain the skills necessary to be considered for positions at the Athlone facility. PPD knows its training: This month, for the fourth consecutive year, PPD was named to Training magazine’s Training Top 125 list, honoring companies that demonstrate measurable results from effective employee learning and development tied to strategic goals.

PPD’s operations in the Athlone Business and Technology Park amount to nearly 50,000 sq. ft., of which approximately 36 percent is dedicated GMP lab space. The Athlone facility serves as PPD’s European hub for clinical supplies, and is one of five depots PPD maintains around the world — China, Russia, South Africa and Ukraine are the others. At the same time, clinical supplies oversees a network of strategic depots elsewhere across the globe. In addition to the GMP labs in Athlone and Middleton, PPD’s global laboratory services include: central labs in Beijing, China; Brussels, Belgium; Highland Heights, Ky.; and Singapore; bioanalytical labs in Middleton and in Richmond, Va.; and vaccines and biologics labs in Richmond and Wayne, Pa.

In December, PPD formed a JV Japan in December with Shin Nippon Biomedical Laboratories Ltd. To be named PPD-SNBL, the JV will result from the combination of SNBL’s clinical research division and PPD’s clinical development operations in Japan, and will have offices in Tokyo, Osaka and Kagoshima with approximately 400 clinical development professionals.

A January report from Industry Standard Research on market size projections for the contract research organization (CRO) sector projects that its revenues will comprise more than 10 percent of the $251-billion global R&D market this year.

INTERNATIONAL NEWS: Equinix in Singapore, Atento Expands in Brazil, ROHM in Malaysia, and many more! (Apr 10, 2015)