What if cutting R&D actually increased innovation? The Harvard Business Review seizes on Cisco as a great example of “sequential ambidexterity” between research exploration and research exploitation.

Tobacco into medicine? Kentucky’s been singing that tune for a long time. But a firm in Owensboro seems to be ready to finally make it real.

The University of Kentucky announced Jan. 15 it is selling its interest in its Coldstream Research Campus in Lexington to India’s Piramal Enterprises Limited, one of the 50 largest companies in India, with annual revenues exceeding $750 million and expertise in contract manufacturing of pharmaceuticals. The deal is expected to close in early 2015.

"UK realizes that while CLI has been increasingly successful in commercializing research and products developed at this facility, its long-term success will be bolstered by further investment, management and marketing expertise, and expanded product lines and capacity that can best be provided by a commercial owner," said Eric N. Monday, UK's executive vice president for finance and administration.

To that end, Piramal would locate its North American Pharma Solutions Formulations headquarters in Lexington at the Coldstream Research Campus while also exploring the potential for partnerships with the UK College of Pharmacy, which is currently fifth-ranked nationally.

CLI currently has 97 employees with an average annual salary of $58,000. Piramal has expressed an interest in negotiating with current management to continue operating the business and officials have stated that they hope to expand the employee base and presence on the Coldstream campus.

UK-based hurleypalmerflatt will be providing mechanical, electrical and plumbing and environmental services for the new £100-million R&D facility for Reckitt Benckiser (RB) in Hull, UK. The 13,000-sq.-ft. development, expected to create hundreds of jobs, will be the company’s largest research facility and will house laboratories and resources for developing and improving RB’s extensive range of healthcare products which include Nurofen, Lemsip and Dettol. Construction is set to start in 2016 and is projected to be complete two years later.

Jimmy Fallon’s mission is to entertain viewers enough to keep them awake. But another Jimmy Fallon — the vice president of Apnea Sciences — is on a mission to keep people from snoring once they’ve dozed off. On Dec. 22, the latter Fallon announced that due to growth and global expansion, the company has moved into expanded offices in Aliso Viejo, Calif. "We are now in 23 countries and will be increasing to 39 countries in 2015,” said Fallon. “Management is excited about our future and the investment we have made in new advanced products, all new high volume manufacturing molds and new packaging all being released this very month. Demand has been so strong and because of the launch of its TV ad campaign in January 2015 a new contract manufacturer is coming on line this month also.” He said the company is targeted to grow its business by 300 percent in 2015.

Jacobs provided design services for the project, utilizing a lean management strategy program during the design process to ensure flow and operations. FOYA judges were impressed with the project team’s ability to effectively maintain supply while demolition, construction, start-up and integration activities progressed.

BioMed Realty Trust on Jan. 5 announced that Illumina has signed a 15-year lease for a new 360,000-sq.-ft. build-to-suit campus in Foster City, Calif., in the Bay Area. The agreement represents one of the largest life science lease transactions in the country over the past 10 years. Illumina has an option to expand the campus with the development of a third building providing at least an additional 160,000 sq. ft.

"Employee collaboration and innovation are foundational to Illumina's success. In addition to our new Mission Bay location, this campus will provide us with an opportunity to bring together employees from several different sites as we continue to optimize and grow our presence in the Bay Area," said Marc Stapley, CFO for Illumina, which recently expanded in its hometown of San Diego as well. "We also expect this campus will provide stronger ties with our customers and partners, while establishing a state-of-the-art work environment to retain and attract the most talented employees in our industry." 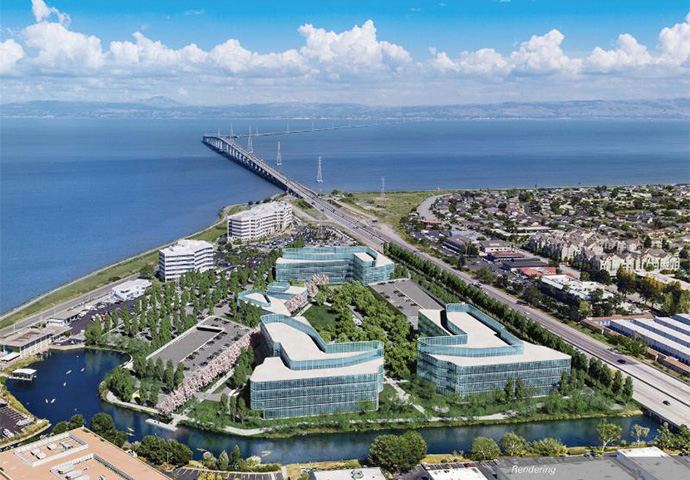 The City Council in Greenville, N.C., has accepted a grant of nearly $540,000 from the Golden Leaf Foundation to help a local life science company expand in Greenville. The expansion will allow the company to add 138 full-time jobs over the next four years to its high-tech forensic laboratory located in Greenville's rapidly growing medical district.

According to Economic Development Officer Carl Rees, the project will allow for retention of science and technology graduates from both East Carolina University as well as Pitt Community College and will be a boost to the local economy as the average wages for the new jobs proposed by the company are expected to be in excess of $60,000 per year. "We were thrilled 18 months ago when the Center for Advanced DNA Analysis selected Greenville as home and are gratified that the company has had enough success to invest in this major expansion," said Rees.

The City will use the nearly $540,000 to purchase forensic analysis equipment and then lease that equipment back to the company over several years. The City has been authorized by the Golden Leaf Foundation to roll the lease payments into a newly established revolving fund that will allow the City to make loans to land owners in order to prepare their sites for development. The City's new Site-Ready loan program will lend property owners money to complete a range of predevelopment items on their property. Eligible uses of these funds include site plans, boundary surveys, environmental assessments and preliminary buildings plans.

"When businesses look at locating in Greenville, they ask for land which is shovel-ready or in other words, ready to break ground," said Rees. "If we don't have available tracts of land accompanied by boundary surveys, site plans, and environmental surveys, developers just move on to the next city on their list. We believe that this new program will make us an even more competitive location for business investment."

Florida-based Command Medical Products has doubled cleanroom manufacturing space in its Managua, Nicaragua, facility. Construction completed on the additional ISO Class 7 clean room (Class 10,000) and the room was certified operational in November 2014. With this expansion, additional space is available for use in device assembly, ultrasonic welding and packaging operations. R.F. Welding will also commence in this room once installation and qualification of the new capital equipment is completed in Q1 of 2015.

"Command has experienced tremendous growth in 2014. Expanding our clean room capacity in Nicaragua and optimizing our operations in both Florida and Nicaragua has allowed Command to meet increased demands and also plan for continued growth in 2015," says Stephanie McGee, director of sales and marketing. 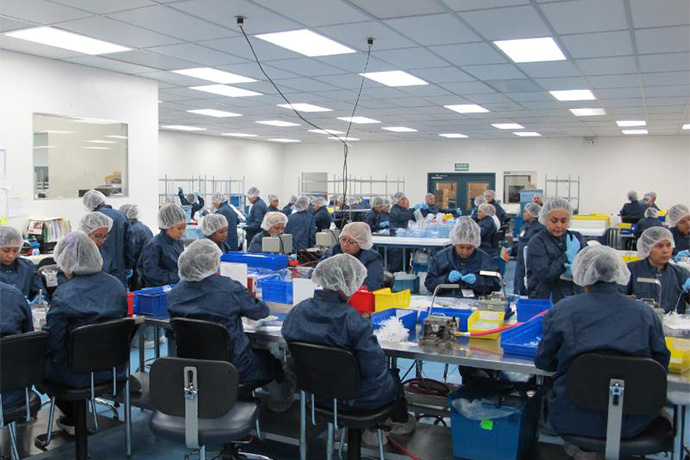 Twenty startup companies in Philadelphia’s University City and Center City received a collective $1.7 million in tax credits awarded by the Pennsylvania Department of Community and Economic Development in 2014 as part of the Keystone Innovation Zone (KIZ) Tax Credit Program. All 20 companies are located in the University City Keystone Innovation Zone.

Since 2006, over $6.2 million in KIZ Tax Credits have been awarded to 39 companies in the University City KIZ. “Securing non-dedicated funds through the sale of KIZ Tax Credits can be a major boost for early-stage companies operating in the life science and tech sectors” said Robert McGrath, chair of the University City KIZ Executive Committee and Senior Associate Vice Provost at Drexel University. “The KIZ Tax Credit Program is incentive for companies to move into and stay in the City of Philadelphia and a major economic asset to our entrepreneurial community.”

“We will use the KIZ Tax Credit to help fund our aggressive team growth,” said awardee Robert Moore, co-founder and CEO of RJMetrics. “We grew from 40 to 90 people in 2014 and are planning for further growth in 2015.”

“We plan to use the KIZ Tax Credit to hire a production engineer who will support the scale up of manufacturing for our chemical and biosensor products,” said Bruce Willner, chief science officer at Graphene Frontiers.