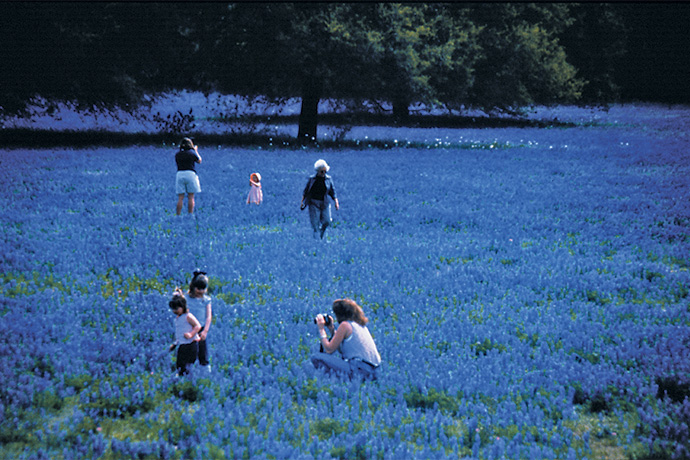 Dripping Springs is part of Texas Hill Country, known for its bluebonnets. The region is also one of the top retirement destinations in the nation.
by ADAM BRUNS

Sometimes getting just outside of town lands you smack in the middle of an opportunity in another town altogether.

The same theory holds for business sectors: Two new corporate facility projects in Texas show why not all hospital-related growth is occurring at hospitals.

San Marcos proper (the fastest-growing city in the country as of 2013) is located on I-35 halfway between Austin and San Antonio to the south. But the territory represented by the Partnership includes all of Hays County, encompassing Dripping Springs, located to the west of Austin along US Hwy. 290. It also includes all of Caldwell County, directly south of Austin.

"We were looking for a long-term home for our headquarters, a space that could evolve and grow with our organization as we continue to expand," said HHS CEO Joe Terry. "We chose to move out of downtown Austin and settle in Dripping Springs for this reason as well as to help our team members access more affordable living opportunities close to their work place."

According to the November 2014 Multiple Listing Service (MLS) report released Dec. 19 by the Austin Board of Realtors, in November, home sales and median price were the highest ever recorded in the month of November for the Austin area. The median price for Austin-area single-family homes was $245,000 — an 11-percent increase from November 2013 — and the average price was $311,222. The median price of Austin leases was $1,420.

“As the new year approaches, demand for Austin-area homes remains strong. Fortunately, listings are up year-over-year to meet some of that need, but demand continues to outpace supply, placing a continued strain on housing inventory and pushing up home values," said Bill Evans, 2014 president of the Austin Board of Realtors (ABoR). "That’s great news for Austin homeowners looking to sell, but as we’ve discussed all year, it continues to present challenges for affordability in our market. With the newly elected Austin Mayor and City Council, ABoR looks forward to continuing to advocate for the interests of all homeowners, ensuring our market can meet the needs of our residents and Austinites can continue to afford property in this great city.”

According to Zillow.com, Dripping Springs itself is not necessarily the affordable alternative: A steady climb in values has resulted in a median listing price of $460,990 in December, and median rent was $1,650. However, for Hays County overall, median list prices were significantly lower, at $265,475, with rents at a median of $1,212.

"The Austin-Round Rock-San Marcos metro area provides a diverse array of options for companies to operate," said Adriana Cruz, president of the Greater San Marcos Partnership (GSMP) at the HHS announcement. "Hays County provided HHS an option within the metro region to continue their rapid growth and support their future success."

Hays County Commissioners approved an economic development incentive agreement with HHS, LLC, and its affiliated entities in December, providing incentives in the form of 75-percent rebate of Hays County property taxes for 10 years with an initial investment of $9 million.

HHS has grown from a single hospital with a single-service offering to a company of 11,000, now serving 40,000 patients daily and covering 40,000,000 sq. ft. each day. Named as one of "Healthcare's Hottest 40" by Modern Healthcare, HHS is the recipient of the Healthy Work Environment by Austin's Green Business Leaders, was a finalist in the Outstanding Growth Awards 2014 by ACG, and its Culinary line was named a 2013 Top 50 Contract Management Company by Food Management Magazine.

In North Texas, another healthcare-related company is finding opportunity in the stream of medical waste: A recent hospital waste stream study revealed that the operating room department was the largest single contributor of solid waste.

Enter Renew Blue Industries, which announced in December it would establish its initial processing center in Sherman, Texas, part of the Denison-Sherman MSA just north of Dallas-Fort Worth. The company will be collecting certain types of recyclable medical waste products from hospitals and surgical centers throughout the Dallas-Fort Worth metro area, and will create more than 100 jobs.

“Not only will this create jobs in Sherman, but we are also excited to have a company that is committed to preserving our environment by filling an underserved need in recycling," said Scott Connell, president of Sherman Economic Development Corp. (SEDCO). The SEDCO Board of Directors and Renew Blue have agreed on an economic development performance agreement, which includes a $400,000 incentive grant to be paid in three installments. Incentives will be dispersed in full to Renew Blue based on company performance criteria outlined in the agreement to help offset investments of $150,000 in building renovation and $1 million in manufacturing equipment.

“We spoke with several cities in the Metroplex and it was clear that Sherman offered us both a proactive city government and a very talented labor force to draw from. Those two factors should make for a great place to call home,” said Brian Hays, president and vice chairman of Renew Blue Industries. The area was recently named one of the nation's best places to retire, and boasted a 2013 median home price of $79,400.

The location the company has selected couldn't be more appropriate for handling cloth: The Sherman Manufacturing building on Sam Rayburn Freeway is where Sherman Seamless Bag Mill was founded in 1891 to serve the region's cotton industry. The operation subsequently made products as part of Wellington-Sears Co., Ely Walker & Co. and Burlington Industries.

In addition to the recent launch of operations at the Panda Sherman gas-fired power complex, Sherman-Denison has welcomed other recent investments from Kaiser Aluminum, semiconductor equipment and services firm GlobiTech, and Emerson Process Management – Fisher Controls.

Along with that growth has come expansion of the area's Texoma Medical Center, which is investing $7.5 million and adding 120 new jobs to its staff of 1,700 as it builds out an eighth floor.