Wow, that was fast: National Medical Billing Services this week announced a new location in Cuba. Oh wait ... it's in Cuba, Mo., which, for the record, is about 100 miles from Mexico, Mo. It's one of several life sciences investments to land in the Show-Me State in recent weeks.

Speaking of Mexico, that country's Federal Commission for Protection Against Sanitation Risks (COFEPRIS), equivalent to the US FDA in regulatory hierarchy if not stature, recently implemented new programs to expedite the approval of US medical devices in Mexico. But the process hasn't necessarily been expeditious.

The "Faces of Manufacturing" series from the Georgia Manufacturing Extension Partnership offers a fascinating snapshot of a revolutionary company called MedShape, sprung from Georgia Tech.

Margulies Perruzzi Architects (MPA), announced that its high-performance workspace design for Boston Scientific was honored with a 2015 Best Practice Award of Excellence by the International Facility Management Association (IFMA) Boston Chapter. MPA provided corporate architecture and interior design services for Boston Scientific’s new global headquarters (pictured below), a four-story building that completes the fourth side of the company’s existing campus quadrangle in Marlborough, Mass. The new building is Boston Scientific’s first addition to its 500,000-sq.-ft. campus, re-positioning the global headquarters from Natick, Mass., to Marlborough. 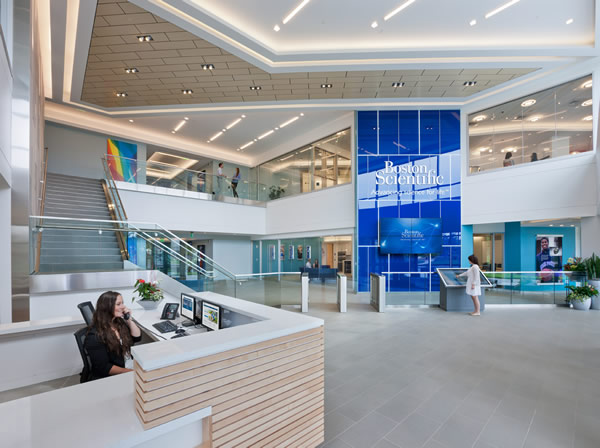 According to Connecticut Innovations (CI), the Connecticut Department of Economic and Community Development (DECD) and life sciences industry coalition CURE, nearly a third of respondents (30 percent) who completed a survey at the 2015 BIO International Convention in Philadelphia said that entrepreneurial experience is the most important factor a biotechnology company should look for in an investment partner, over biotech experience (26 percent) and networking opportunities (21 percent).

The survey also showed that 40 percent of respondents said personalized medicine will be the highest-growth area in biotech in the next 10 years, followed by pharmaceuticals (20 percent) and medical devices (16 percent). Among ohter key findings, access to talent was the top consideration (43 percent) when deciding where to locate a biotechnology business, followed by access to partners (32 percent), which included universities, collaborators, etc., and access to funding (10 percent).

SGS Life Science Services has opened a new bio/pharmaceutical quality control laboratory at Villeneuve La Garenne, a Paris suburb, replacing an existing facility in Clichy. The 2,100-sq.-m. (22,605-sq.-ft.) facility, located near primary logistics hubs, has been designed and built specifically for the needs of the pharmaceutical industry, targeting the reduction of sample processing times through increased operational efficiency. "The creation of this new laboratory confirms the SGS Group’s commitment to increase its capacity and expand its service offering in France," said the company. Additionally, the development complements the bioanalytical capabilities of its other French laboratory based in Poitiers.

With more than 80,000 employees, SGS operates a network of over 1,650 offices and laboratories around the world, with 18 laboratories offering contract analytical and bioanalytical services. At the same time the new French facility is opening, the company also just completed in June a new lab expansion in Shanghai. The number of personnel employed at the facility has grown from 74 in 2014, to a current headcount of 120, with SGS anticipating that this will grow to 135 by the end of 2015.

UC San Diego raised $1 billion in research funding during fiscal year 2014-2015. This is the fourth time since 2010 the school has broken the $1-billion mark. The San Diego Union-Tribune reports that the majority of the funds were raised for health sciences and medicine.

Morris Goodman, chairman of the board and co-founder of Pharmascience Inc., and Dr. David Goodman, CEO, have announced that the company will invest $55.7 million by the end of 2016 to modernize its R&D facilities and increase its production capacity in Greater Montreal, adding 65 new jobs to its Canadian payroll of 1,623 (1,546 of whom work in Quebec). The investment was made possible by financial contributions of $4 million from Investissement Québec and $800,000 from Emploi Québec, which will enable Pharmascience, the third-largest pharma employer in Canada, to pursue a diversification strategy based on the development of new products and an increased international profile.

"Since Pharmascience was founded, we have invested over $500 million in R&D," said Dr. David Goodman. "Today's announcement reflects our ongoing commitment to pursuing growth with the objective of becoming a world leader in pharmaceutical manufacturing, while also being recognized as a multifunctional centre of R&D excellence. Our goal is to increase our presence both internationally and in the innovative drug market," said Dr. David Goodman. 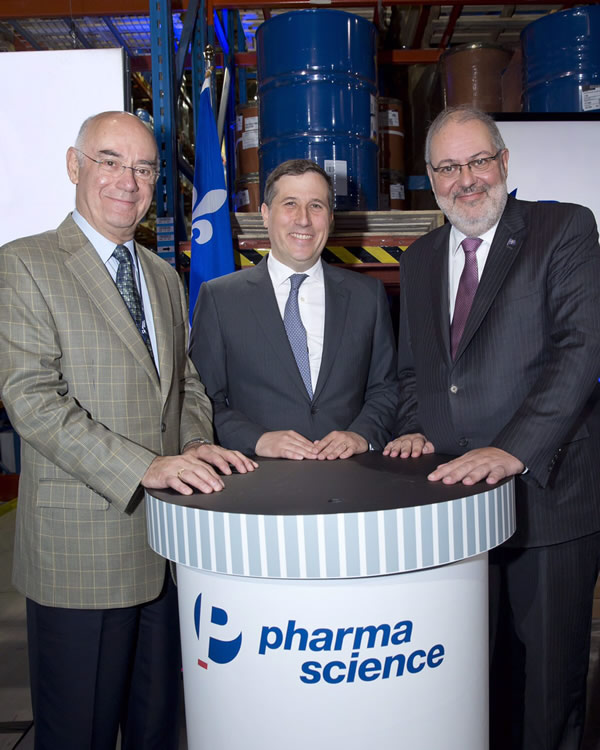