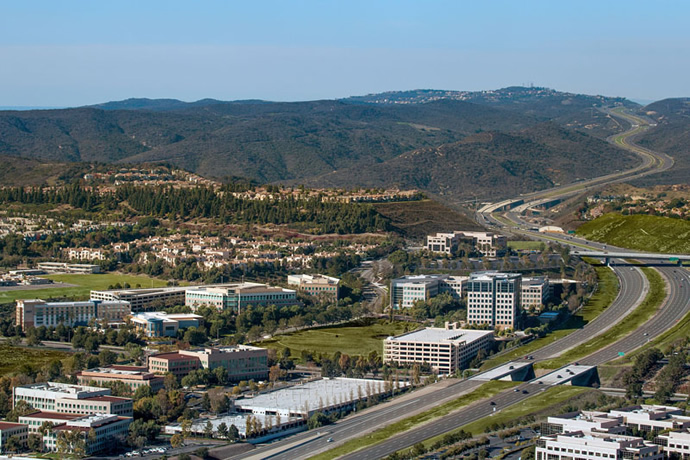 Of the 28 job openings at global neurovascular medical device firm MicroVention this week, one was in China, one was in Costa Rica and 26 were in Southern California.

That's because the company's Tokyo-based parent firm Terumo Corp. — founded in 1921 by a group of physicians seeking to make better thermometers — took Southern California's temperature and found it ideal for innovation.

Following a February declaration by Terumo that it would establish an R&D center in the region with an $80-million investment, MicroVention in June broke ground for a new 205,000-sq.-ft. (19,045-sq.-m.) world headquarters at the Summit Office Campus in Aliso Viejo, Calif., the city where MicroVention, acquired by Terumo in 2006, was originally founded. Now the total investment will approach $100 million.

Occupancy is scheduled for the first half of January 2017 in the new building, which has a capacity for more than 800 employees and sits alongside an 822-stall parking structure on the 5.13-acre (2-hectare) site, the final parcel waiting to be developed in the nearly 20-year-old business park. MicroVention currently employs about 650 people in the area.

The MicroVention build-to-suit will be the 15th building, and the seventh and final phase, of the Summit Office Campus.
Rendering courtesy of Parker Properties

The move will consolidate MicroVention's current footprint — spread across three Orange County facilities in Aliso Viejo, Tustin and Santa Ana — into one building that will house the company’s corporate finance and administrative functions, global marketing and sales activities, R&D center (for both MicroVention and Terumo) and manufacturing, which includes expansive clean-room facilities. Parker Properties will develop the project on behalf of MicroVention, which will occupy and own the facility, designed by Ware Malcomb, upon completion. Savills Studley represented MicroVention and CBRE represented Parker Properties in the transaction.

“MicroVention, Inc. has been an innovation center for Terumo, consistently developing new products. Aliso Viejo, and the surrounding region, is one of the leading medical technology business clusters in the U.S. and offers access to a large pool of “med tech” experts," said Richard Cappetta, president and CEO, MicroVention, echoing language from Terumo's February announcement. "This move will allow Terumo to be firmly poised for accelerating interventional business growth worldwide."

“After evaluating both existing product and development opportunities relative to MicroVention’s workforce considerations, business objectives and operational needs, we collectively determined that a build-to-suit would be the best solution for a world-class facility,” said Jeff Cannon of Savills Studley. “The process then became focused on finding the right partner, and Parker Properties and the Summit Office Campus met all of our defined criteria — functionally, culturally and financially.”

Parker Properties began development of Summit Office Campus in 1996. Today the property in the San Joaquin Hills encompasses 14 buildings totaling approximately 1.7 million sq. ft. (157,930 sq. m.) of space, and is home to more than 100 tenants and 6,000 workers. The MicroVention build-to-suit will be the 15th building, and the seventh and final phase of the campus. It represents Parker's third major build-to-suit at Summit, having completed projects for Pacific Life and QLogic. Parker also developed the Advanced Bionics medical device corporate headquarters facility in Santa Clarita in 2008.

Tokyo-based Terumo Corp., which had sales of $4.5 billion during its most recent fiscal year, announced in February that it would establish the Southern California R&D presence in order to to enhance its R&D capability of the coronary and peripheral interventional therapeutic area by "leveraging MicroVention's capability and networking resources in a technology area. This initiative will allow Terumo to be firmly poised for accelerating interventional business growth in the US, the largest medtech market."

Terumo, which employs nearly 20,000 people worldwide, also has been actively investing in Silicon Valley: investing in a venture capital fund since 2013, establishing its own venture subsidiary in 2014, and this year, setting up its own R&D presence for early-stage product development. 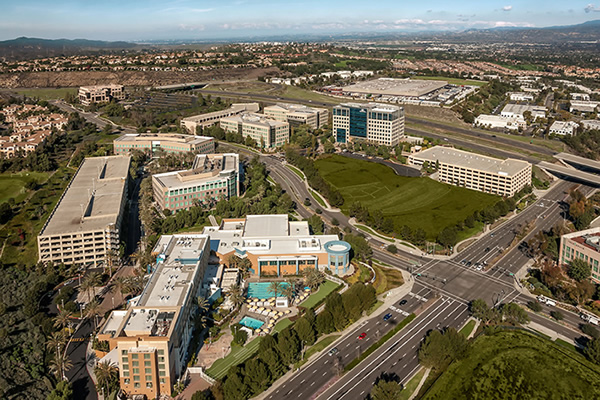 Terumo's most recent facility investments include a $94-million blood and cellular therapy product plant from its Colorado-based Terumo BCT subsidiary expected to open this year near Ho Chi Minh City, Vietnam. The project, announced in 2013, is part of a strategy that includes investments in its existing U.S. manufacturing operations at its global headquarters in Lakewood, Colo., and in its manufacturing facilities in Northern Ireland and India.

That same year, Terumo also established a sales subsidiary in Russia, where, as a result of the Russian government's healthcare reforms, the medical device market is expected to double from $6 billion in 2011 to $12.2 billion in 2016. Correspondingly, due to cardiovascular disease being the leading cause of death there, Terumo anticipated increasing Russian sales from $13.7 million to $40.3 million over that same time frame.