Biotech R&D companies are among the leading early investors in the START-UP NY tax-free zone program, according to its first annual report, which offers a handy list of every property and building at each of the zones around the state.

Bone Therapeutics, a bone cell therapy company headquartered in Gosselies, Belgium, announced this spring it has established subsidiary Bone Therapeutics USA Inc. in Boston as it moves toward US clinical trials. “We are very excited to become part of the biotechnology cluster in Cambridge," said CEO Enrico Bastianelli, "and believe this prime location will prove to be extremely beneficial to the company as we move our clinical development forward in this important market.”

Analysis of NIH grants per capita by Jeff Ostrowski of the Palm Beach Post shows — surprise! — it's Massachusetts at No. 1, while Florida comes in 41st.

McKinsey says Africa, which has seen its pharmaceutical industry's value leap from $4.7 billion in 2003 to $20.8 billion in 2013, is a continent of opportunity.

PRI-Bio, a wholly owned division of Progressive Recovery, Inc., has been selected McCarthy/Mortenson and DHS to provide multiple bio-hazardous waste decontamination systems for the $835-million National Bio and Agro-Defense Facility (NBAF), the DHS Science and Technology Directorate project located in Manhattan, Kan. Under the contract, PRI-Bio will be designing, fabricating and installing numerous liquid decontamination systems capable of sterilizing over 330,000-gallons of bio-hazardous effluent per day; more than five times the capacity of the aging Plum Island Animal Disease Center, the facility NBAF is replacing; and two times the capacity of PRI’s system at USAMRIID, currently the world’s largest effluent sterilization system. PRI-Bio is a world leader in Bio-Hazardous Waste Management Systems with more than 3,000 process control system installations worldwide since its founding in 1983.

The NBAF project will contain 574,000 gross sq. ft. including biosafety level (BSL) 2, 3 and 4 shared research space to be constructed on the 29-acre site in Manhattan, Kan.

Construction of the University at Buffalo's medical school is underway. The 628,000-sq.-ft. building will be the largest medical education facility in the United States, and is the largest construction project in the university’s 167-year history.

Once completed in 2017, more than 2,000 faculty, medical trainees and staff will learn, work and conduct research there, in the vibrant life sciences/university district in downtown Buffalo. (Look for more Site Selection reporting from Buffalo in the July issue of the Life Sciences Report.) 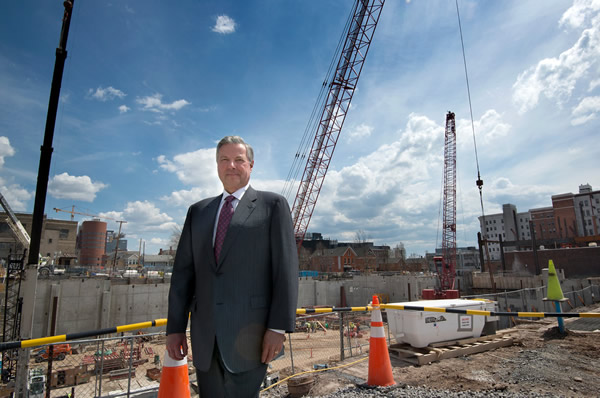 Vice President and Dean Michael E. Cain in front of the construction site of UB’s future medical school in downtown Buffalo, set to open in 2017.
Photo courtesy of UB

Orange County–based Parker Properties announced early this month that MicroVention, Inc., a global neurovascular company and subsidiary of Terumo Corp., will relocate its world headquarters to the Summit Office Campus in Aliso Viejo, Calif. Construction is set to begin this summer 2015 on the $100-million, four-story, 205,000-sq.-ft. office (rendering below) with occupancy scheduled for the first half of 2017. Parker will develop the project on behalf of MicroVention, which will occupy and own the facility upon completion. The new building, designed by Ware Malcomb Architects, will house in excess of 800 employees.

“MicroVention, Inc. has been an innovation center for Terumo, consistently developing new products. Aliso Viejo, and the surrounding region, is one of the leading medical technology business clusters in the U.S. and offers access to a large pool of 'med tech' experts. This move will allow Terumo to be firmly poised for accelerating interventional business growth worldwide,” said Richard Cappetta, president and CEO, MicroVention.

Australian stem cell company Genea Biocells is expanding its operations to the United States with the opening of a new facility in San Diego, Calif., at the Torrey Pines Science Park that will include office and lab space. The move represents a substantial investment in California with the new site housing over US$2 million worth of equipment. "The new facility not only places us directly into our main market, the USA, but also in the midst of one of the largest biotechnology clusters in the world," Genea Biocells General Manager Dr. Uli Schmidt said.

"Being in California also offers a new range of funding opportunities that we will explore to support our R&D programs on neuromuscular diseases."

The site is expected to be fully operational from September 2015 and by early 2016 will house up to 15 scientists, the majority of whom are Ph.D.-level.

The PennFIRST team has been selected to design and plan a New Patient Pavilion for the University of Pennsylvania Health System (Penn Medicine). The PennFIRST team is comprised of the global healthcare design expertise of HDR, the international design talent of Foster+Partners, and the innovative engineering design capabilities of BR+A, combined with the construction management expertise of L.F. Driscoll and Balfour Beatty.

Penn Medicine’s newest facility will be delivered through an Integrated Project Delivery (IPD) process. "IPD is a highly collaborative approach that achieves better outcomes and reduces waste throughout the design and construction phases," said the PennFIRST release. Occupying a highly visible urban space on the Hospital of the University of Pennsylvania (HUP) campus, the New Patient Pavilion will link HUP with the Perelman Center for Advanced Medicine. 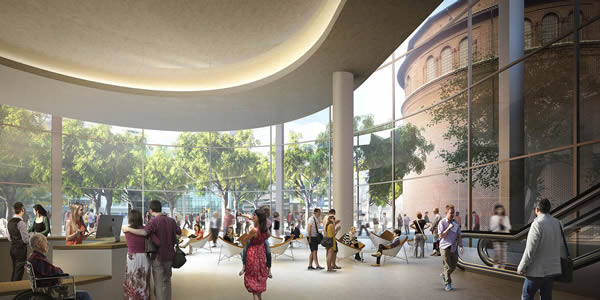 Idneo, an engineering division of Ficosa specialized in the development of technology products with high added value for the mobility, medical devices, consumer electronics and industrial sectors, increased its turnover by 9.4 percent to €14.3 million in 2014. Idneo’s engineering business is an important catalyst for the production activity of Ficosa’s plants in Viladecavalls (Barcelona) and Shanghai (China). "We are very pleased with the strong growth experienced by the company considering we were born in a context of economic recession," said Raul Lucas (pictured), Idneo’s CEO. "In four years we have managed to double turnover and expand our workforce by 45 percent, from 150 employees in 2011 to 250 in 2015." Ficosa recently opened a new medical equipment manufacturing facility at the Viladecavalls site in Barcelona. 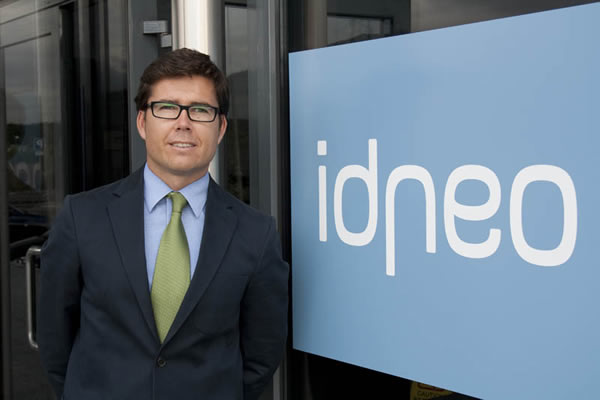